Women Teach Sex: I’ve been dickmatised more times than I can count 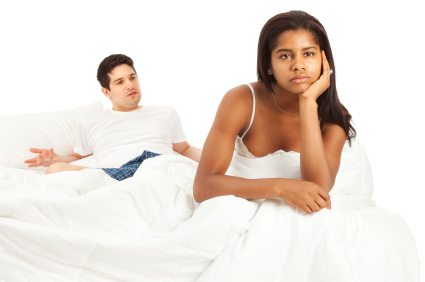 I actually hate it.

‘Women Teach Sex’ is Pulse’s weekly series designed to capture the thoughts of everyday Nigerian women on sexual health, pleasure and what women expect good sex to be and feel like.

To be dickmatised is to be obsessed, act irrationally or to completely lose one’s reasoning due to the impressive sex they had with a man. In today’s edition of #WomenTeachSex by Pulse, a woman who has been serially dickmatised speaks on how stressful and enjoyable her experiences have been, and how she hopes to finally buck that trend.

Tell me about the first time you had sex

I must have been 12 or thereabouts and I did it with one boy in our house then. We used to live in this huge house in Isolo that had many tenants.

Tell me what your sex life is like these days

I just cut things off with my last guy. So I am taking things slowly. I would want to be in a relationship before I actually start having sex again. Before you ask, the reason is because I… this is so annoying to admit… I am easily dickmatised and I’d rather be doing with someone I am committed to than any other random guy.

Is that why you ended things with the last guy?

Nah, not really. He was not the type of guy to dickmatise women. He was kinda average at best. And that’s even the most annoying thing about all of this. I really hope to meet a guy who can understand my body and you know, give me great orgasms every time but the problem is that whenever I am with guys like this, I get dickmatised. LOL. It’s so annoying to be me. Urgh!

When did you first become aware of this?

I’ve been like that for the longest time oh. You know I mentioned having sex when I was 12? Yeah. He was the first one I was stuck on like that. We had sex until we moved out of the house when I was like 16 or so. We were actually agemates, deflowered each other and learnt sex with each other’s bodies. I used to give this guy money, food cooked in our house, literally anything he asked, he got. And I didn’t even know I was dickmatised. I thought I just liked him. I finally realised the pattern when I met another guy and gave him all of the #30k my mother asked me to withdraw for her and lied that my bag was torn and robbed at the busstop when I was coming back home.

Lmao. I know. It’s not my proudest moment but it’s also not even the worst. God I have let men and their useless penises confuse me in this life. LOL. I actually hate it.

What’s the craziest thing you’ve done under the influence?

Haha. He say influence. Anyway, I cheated on my former boyfriend one time like that with this guy who had the most mind-blowing curved dick in the world. It was supposed to be a one time thing o because he also had a girlfriend but after the first time, I was the one asking if we should meet again. We sha did that for another month and in that time, I gave this guy #250k to aid his business. Money I should have spent on my own business.

He eventually left me to focus on his girlfriend sha. And he no kuku give me my money back.

Lol. It’s crazy. That’s why I hate guys that know how to fuck. They are my weakness. I literally lose all my senses and do stupid stuff. Even that guy that went away with my money, I was still hoping he’d call me for another hook up for the longest time. If he had, I’d have gone to be honest. It’s like my pumpum is where my mumu button is. That’s how I almost lost my car one time too. Let the guy I was smashing use it as he pleased. Baba started acting as if the car was his. My only car oh.

Lol. You’ve been through it

I swear. That’s why I think it’ll be better to just date now so that if the sex turns out to be super bomb and I start losing my brain again, I can at least justify it with the fact that I am in a relationship.

What if the sex turns out to be mid in the relationship?

Then I guess I won’t be dickmatised. But that’s also the thing. I like having good sex but I also hate being dickmatised. It’s the absolute ghetto. Bad sex, if I’m being honest, affects relationships very badly. But then great sex ruins my own thinking faculties. It’s such a dilemma.

Which would you rather have?

In an ideal world, I will have a man to love, who loves me too and is committed to me. And then he’ll be super great at sex and I’ll be dickmatised happily ever after.

How does it feel to actually have this nature?

Annoying honestly. I know babes who go the whole distance for people they love. My own, once the sex is bomb, my head just turns upside down. I don’t even have to love you or have any commitment with you. I should have outgrown it and I’ve tried but somehow, it just seems difficult. I don’t even know how to explain it.

How long do you think sex should last for?

I am not one to subscribe to a time. But 30 minutes sounds good on paper as the barest minimum. Foreplay, sex and all.

Actually can’t think of any now.

Drag Nigerian men based on your sexual experiences with them

The hygiene can be better, really. Armpits, balls… shave those things please. You can’t be on top of somebody with all that armpit hair or try to get your dick sucked with all the hair down there. And for God’s sake, tell them to stop presenting ashy dicks. I don’t know what they need to do but they should sha do something. Not all of them of course, but many of them need to fix up.

Best sex you ever had?

The curved dick guy. Every single time was a massive hit. It was touching

Why do you think it worked?

I think it had nothing to do with him per se. He was OK oh but being blessed with the curved dick already gave him an edge. That thing did things no straight D has ever been able to do to me.

Maybe not worst worst like that. But in comparison, the last partner I had doesn’t match up to any of the guys I’ve had in my adult life.

Why do you think it sucked?

Maybe because I was used to a higher standard and I have come to naturally expect to be dickmatised every time I get with a new partner. You know, I sometimes think it is my destiny to always be with penis that makes you want to risk it all. So when that didn’t happen with him, I was kinda disappointed. He was a nice guy though.

What’s one act/fantasy you’d love to try but haven’t been able to?

Nothing o. I don’t think there’s anything that is overrated when it comes to sex. Whether it’s because my body is very sensitive or maybe I’ve just been fortunate.

READ MORE:  The Unspoken Truth About Waiting Until Marriage