1. “Almost” commitment can hurt just as much as actual commitment.

A relationship doesn’t need a title to break your heart. Our life is full of all different kinds of relationships and just because we don’t put a label on what exactly one maybe doesn’t mean its impact on our life will be anything less than extraordinary. We may feel like we are saving ourselves from the pain by living in a constant state of ambiguity, but ultimately, we are just digging ourselves deeper into the hurt. By not allowing ourselves to commit to a person we care so deeply for, we force ourselves to hold back all of the emotions we fear could scare the other person away. This is exactly how you get stuck in the sea of uncertainty. We bounce back and forth between the waves of freedom and commitment, never quite sure where we stand. “Almost” committing to someone means you are probably only getting part of the truth about your partner’s feelings towards you. You will often find yourself wondering where you stand with someone, and it is within those moments that you can become so broken. Be careful with your heart in an almost relationship because it is often the things left unsaid that can damage you the most.

2. Honesty isn’t something you should expect.

In a perfect world, we would all tell each other the truth because we all understand that being upfront and honest from the beginning makes the difficult situations in life more bearable. Unfortunately, we do not live in a perfect world. We are currently living in an era where “ghosting” someone has become the new normal. We as a culture have made it socially acceptable to run away from our problems instead of facing them. If you are not in a committed relationship with someone, you should never expect them to be 100% honest with you. If you are willing to allow them to not even be 100% with you, how can you expect them to be completely honest with you? Living in the gray area of an almost relationship leaves so much more room for tiny lies to invade your space.

To most people, a lack of actual commitment means a lack of rules, so to them, it is perfectly acceptable to leave out the details they would rather you not know. If you are not comfortable with the possibility of being lied to, I would think very hard about whether or not you are emotionally ready for an almost relationship.

3. If you don’t have the conversation about being exclusive, you can’t expect the person you are dating to be exclusive.

The idea of casually, non-exclusively dating someone is another modern dating concept that we all have unfortunately made socially acceptable in this day and age. We become so enamored with a person that we would do literally anything just to keep them in our lives—including allowing them to keep many, many other people in theirs. Even if you feel like you are putting out the vibes that you want to exclusively date the person you have been seeing, if you do not physically speak these words, they cannot be held accountable for keeping this exclusivity. It may seem harsh, but a conversation you never physically had is not something you can fall back on when you get your heartbroken. If you don’t want to get hit with the “I wish you would have told me sooner,” please just tell them what exactly you are looking for in the relationship. You deserve the type of relationship that you have always dreamt of, and you won’t have to settle for something less unless you allow yourself to do so.

READ MORE:  9 Tips You’re Attractive: How To Tell If People Find You So Pretty

4. You can’t expect someone to know how you feel if you never tell them.

Too often, we miss out on amazing opportunities because we are too afraid to speak up and tell someone how we really feel. We have to learn to speak our truths or else we will never get everything we truly want out of this life. If you do not tell a person how much you care for them, you cannot expect them to know that you do. Even if your actions speak your truths, everyone likes to be reassured of someone else’s intentions from time to time. You will never know if someone might actually feel the same way that you do if you never work up the courage to have the conversation in the first place. Just because you are not fully committing to someone doesn’t mean you are not allowed to have feelings for them. Sometimes how we felt at the beginning of a relationship changes as time moves on, and you never know when that “almost” could become an absolutely. However, you will never find this out if you never ask. If they do not want to have this conversation with you, then they may not be ready for the type of relationship that you are wanting at this stage in your life. Just remember that you can always move on and find the person who is. Promise me that you will never suppress how you feel about someone because your fear of losing them outweighs the chance of you ending up together. You are allowed to care deeply about someone who may not care as deeply about you, but at some point, if it still isn’t working out how you’d like, you have to let them go. Sometimes we need to lose the wrong people in order to find the right ones.

5. Taking you out on real dates does not necessarily mean you are in a real relationship.

So you’ve agreed to be casual with someone, yet they still continue to treat you like this is the real deal. This is another difficult part of being in an almost relationship. They can wine and dine you and treat you like a queen, but at the end of the day, they still don’t actually want to be with you. Why we spend so much of our lives investing in people who refuse to acknowledge our importance in their lives is beyond me, but I think it is something we are all guilty of doing at some point. Dating can become so messy when your “relationship” seems to check every box on the list except for the most important one: relationship. No amount of fancy dates or home-cooked meals can replace the feeling of knowing that someone has chosen you to explore their life with. Nothing hurts worse than knowing that you are just going through the motions of a real relationship with someone without ever having them acknowledge that the way they are treating you is wrong. Protect your heart from the people who want all of the perks of being in a relationship without actually having to commit to you.

The truth hurts, but the truth will also set you free. Too often, we are made to feel like sex is the only way to keep someone in a relationship. Physical attraction and sexual connection are important aspects of a healthy relationship, but they most likely won’t be the one reason someone finally decides to commit to you. They can do everything to make you feel special and loved one night, and then the next day they will simply introduce you as their “friend.” Never has the word “friend” hurt more than after you gave someone a part of yourself that you can never get back. If you choose to sleep with someone when you are in an almost relationship, you have to prepare yourself for the devastation of knowing you most likely aren’t the only one. People will say and do anything to get what they want, so be wary of the ones who promise you the world if you will just give them this one thing. If you don’t feel comfortable in your relationship before you sleep with someone, sleeping with them probably won’t make you feel any more comfortable. If you have to give that much to someone to try to capture their full attention, I hope you realize that you deserve better. Someone out there is waiting to be there 100% for you. You just can’t give up on finding them.

7. Expecting a fairy tale ending from something that could never even truly begin is unrealistic and ultimately more painful than coming to terms with the truth.

We are all guilty of fantasizing about our crappy relationships turning into the magical love stories we all fawn over in romantic comedies. I’m not saying it is impossible for your almost relationship to become the love of your life, but I can’t promise you it is very likely either. If you know from the beginning that the person you are dating is not interested in ever being in a serious relationship with you, please don’t spend all of your time dreaming about the day they might change their mind. Not only are you missing out on being present in your life by doing this, but you are also setting yourself up for massive devastation and heartbreak. Even if someone falls madly in love with you, there are just some circumstances that can keep two people apart no matter how deep of a connection they might have. You can’t expect someone to change the course of their entire lives so they can fit into the perfect little love story you have developed for the two of you in your own head.

READ MORE:  The Reasons You Will Never Be A Fighter -5 Ways

So often we fantasize about the relationship we will never have and end up ignoring the one we are actually in. No one will ever live up to our impossible expectations for love, so we need to stop placing these people into fantasy worlds none of us could ever even exist within. One of the saddest truths you will ever learn is that sometimes love itself just isn’t enough.

8. One person in the relationship always seems to be more invested than the other.

Even if there is a mutual agreement from the beginning of the almost relationship about what exactly you two are getting into, one person always seems to fall harder than the other. Sometimes, we fall at different times, and it seems like we are just never in the right place to actually catch each other. While one person fights off their feelings, the other is imagining their wedding in their head. It’s a sad game that we seem to play with each other’s feelings, time and time again. Both people think that they are strong enough to detach from their emotions in order to enjoy their casual dating experience, and then one day, you catch them smiling in a way that you swear you’ve never seen anyone smile before, and you are completely enamored with them. Nothing hurts more than knowing that you didn’t have the same meaning in someone’s life that they had in yours. You should never stop yourself from falling in love, but you should always protect your heart from the people who don’t have your best intentions in mind. 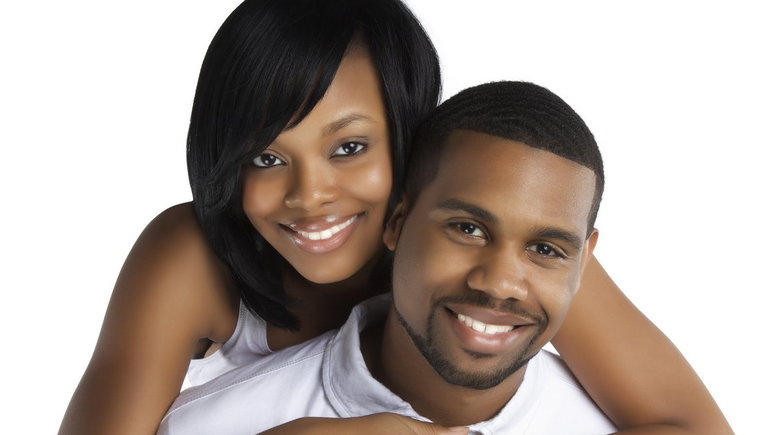 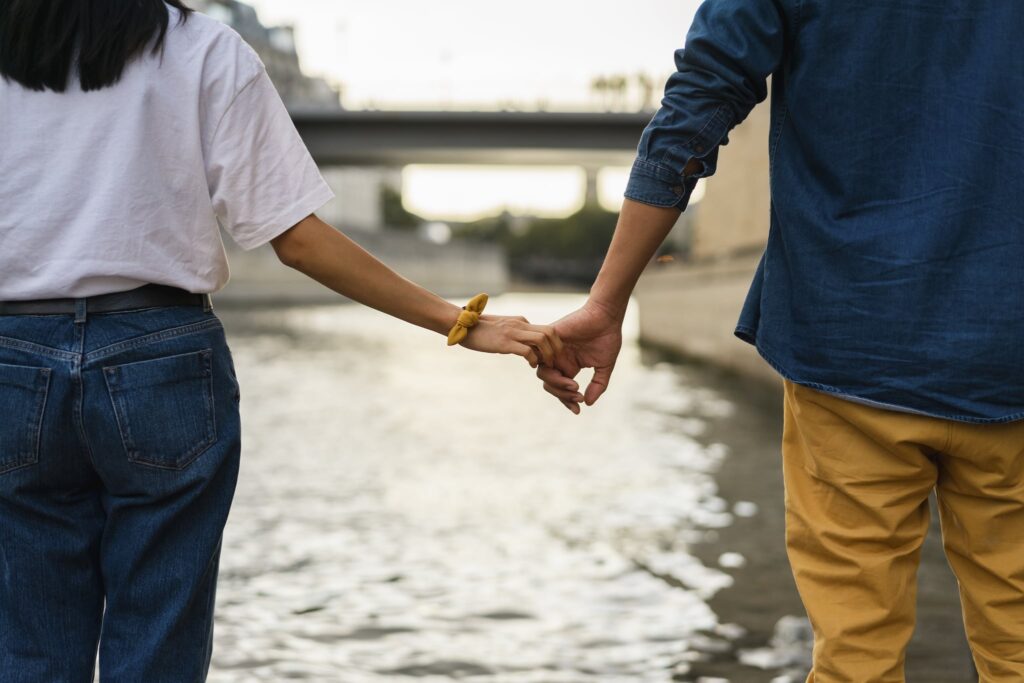 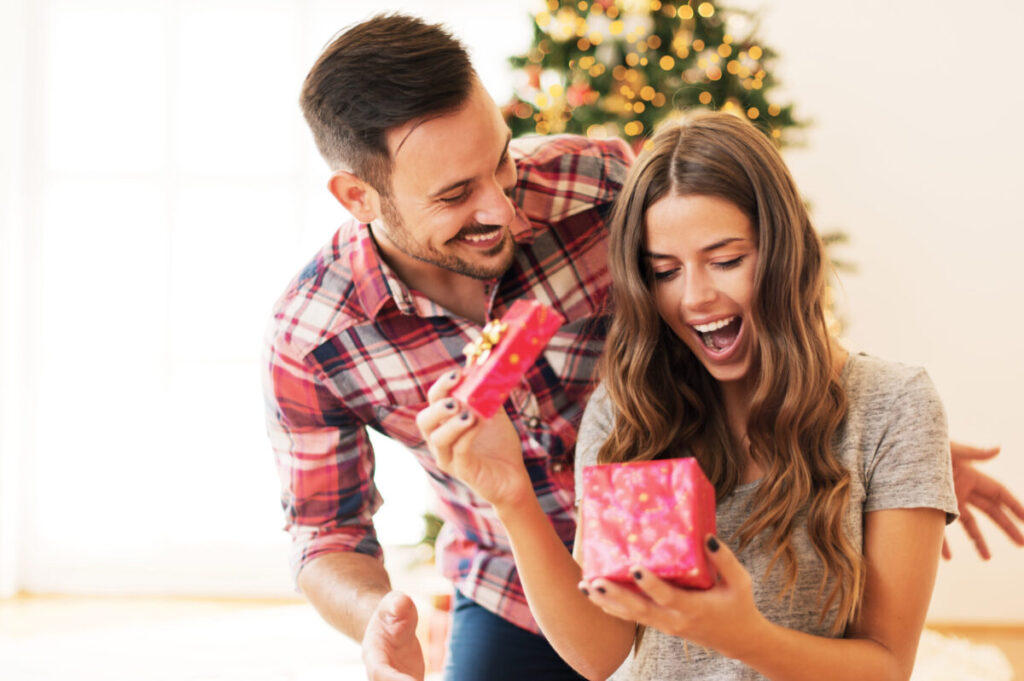