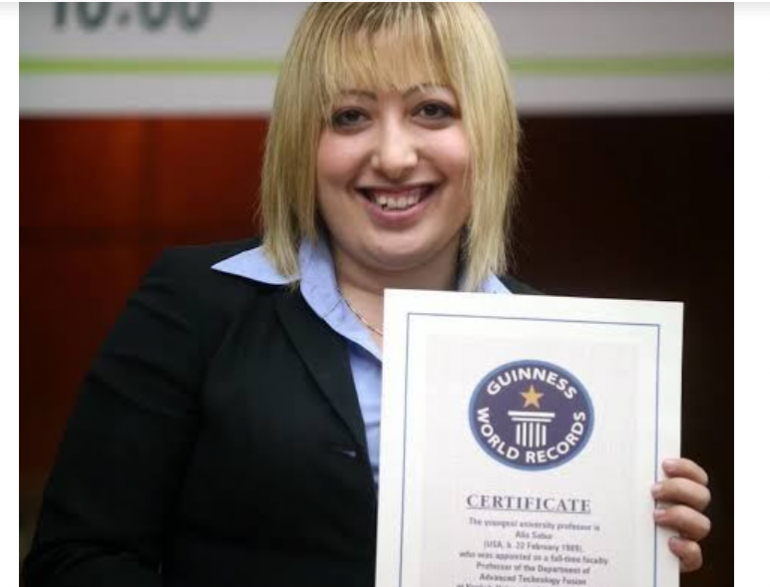 Alia Sabur is the world’s youngest professor. Indeed, New York-born Sabur was three days short of her 19th birthday in February when she was offered a professorship in the department of advanced technolosion at Konkuk University in Seoul, South Korea, as part of a likely research liaison with Stony Brook University in New York.

“I was a very small person among many large adults but my parents helped,” Alia Sabur says about leaving school in fourth grade to go straight to college and skipping high school altogether. “My mom drove me to college every day because I was only 10 years old and I couldn’t drive. She was very supportive and helpful, as parents are, making sure I had enough food and sleep and ensuring I didn’t take too many classes.”
The Guinness Book of World Records says the appointment makes Sabur the youngest university professor in history – beating the previous record set almost 300 years ago. Her predecessor was a student of the great Isaac Newton, Colin Maclaurin, who was appointed professor of mathematics at the age of 19 in the University of Aberdeen in 1717.
An only child with an IQ off the scale, Sabur demonstrated the qualities of a highly intelligent infant from the beginning: she began talking and reading at eight months, finished primary school in fourth grade and was in college at 10. By the time she was 14, she had earned her first degree, in applied mathematics, graduating summa cum laude from New York’s Stony Brook University – the youngest female in American history to do so.
Although the undergraduate students were much older than her, Sabur tells University World News they treated her “kind of as a mascot – they were wonderfully accepting”.
“I never tried to be their friend and hang out with them. I had friends always of my own age, so I considered them as classmates and colleagues of a sort but I never socialised with them – that would have been too weird.”
Looking back, all of five years, she says Stony Brook was a great place to be, rather than in middle school where she might have been ostracised or made to conform to the views of her classmates. Instead, she spent her fifth, sixth and seventh grades – when all of her friends were still at school – in college, years when young people are often criticised by their peers and made to feel they have to dress and behave in certain ways.
“Obviously, college students, and physics and maths majors, pretty much do their own thing and they didn’t have any problems with anything I might have thought of doing. I became self-confident and never had any doubt about my interests, whether what I did was right or wrong or whether it was OK for a girl to be a physical scientist – they were never doubts that occurred to me.”

She says her mother, a television reporter, and her electrical engineer father helped her with whatever she wanted to do. Yet she notes that many girls are discouraged earlier on at school from studying maths or science and once they reach college, “the damage has been done and it’s too late to reverse it”.

“My four years at Stony Brook were probably the best academic experience I’ve had; I had world-class professors, I was at an age when my eyes were wide open to learning, I still have that excitement and fascination, I still love learning, but it’s different to when you are 10 years old… and I suddenly had the world open to me and everything was available.”
Sabur then went on to Philadelphia’s Drexel University where she earned an MSc and a PhD in materials science and engineering. She became the youngest academic to receive fellowships and awards from the US Department of Defense, NASA, the National Science Foundation and a government scheme called Graduate Assistance in Areas of National Need.

“Grad school was much more serious and intense and I’m glad I was accepted although I don’t think my acceptance had anything to do with my age and was more to do with my accomplishments and my very strong GPA as an undergraduate. I don’t think anyone bent any rules or provided any extra support, except for my parents giving me moral and parental support. My mother would give me a candy bar before I took a test and make me go to sleep on time…”

As with other very bright youngsters, Sabur is multi-talented. Her CV says she has a black belt in the Korean martial art of tae kwon do and she was a musical as well as a mathematical prodigy. She has been playing clarinet with orchestras since her solo debut at age 11, with the Mozart concerto, and has subsequently played with some notable recording artists, including Lang Lang and Smash Mouth.
“You can reach a lot of people with music,” she says. “It’s never been really a hobby to me; it’s always been on equal par with my academic work.”
Last year, when she was still 18, Sabur saw a recruiting advertisement for the research professorship at Konkuk University. She thought the job looked interesting and the research was close to what she was already involved with so she googled the university and found it had a relationship with Stony Brook – “my alma mater” – and that its president had earned his PhD from the university.
“I’ve never been to Asia and I love classical music while Koreans, and Asians, have very developed interests in that area. My grad research is very close to what they are doing in Konkuk so altogether it looked like something that would be interesting to do.”
She applied, was interviewed and promptly offered the post which she takes up next week. But for the past three months, she has been teaching mathematics and physics at the historically black Southern University in New Orleans, a city still struggling from the devastation left in Hurricane Katrina’s wake three years ago.
While continuing her research long distance with Konkuk, she began teaching four courses at the university and living at the Mount Carmel Motherhouse, also devastated by Katrina.
“Some people come and they do Habitat for Humanity and they build houses, but I don’t think I would be very good,” she says. “So I tried to do what I’m good at. I was particularly interested in this university because they are still in trailers after Hurricane Katrina. And I thought it could be something I could do to help. I really enjoy teaching; it’s something where you can make a difference; it’s not just what you can do but you can enable a lot of other people to make their changes. I think I got as much out of teaching there as I tried to give.”
Sabur was gratified by the way the students accepted her and what she could do for them. On her last day, they had a little party and one gave her a card that said “You have made me like maths”.
“I was really touched by that because so many people hate maths; it’s not so much what you do for a class as what you do for individuals that stays with them for the rest of their lives, hopefully, or at least for some times after.”
So what does the future hold – the research professorship at Konkuk and then? “It’s an ongoing appointment but I’ve asked to try it out for a year – I’m 19 and I’m not sure what the future is going to bring or whether I want to stay,” she says.
Keeping bright sparks alight

The appointment of Alia Sabur, the world’s youngest professor, raises questions about how other highly intelligent children can be helped to achieve their potential. Take as an example, the case of Thomas Carlyle, who grew up to become the famous Scottish writer and essayist. At the age of 11 months, he was supposed never to have uttered a word until one day, hearing another child crying in the house, he looked up at his nurse and inquired: “What ails wee Jock?”
Given that most young children only begin to use single words about the age of one and do not even put two words together for another year, little Thomas had provided a clear indication that here was a gifted child indeed. Those characteristics of a precocious vocabulary, social maturity, advanced curiosity, impressive memory, along with sympathy and concern for others, are said to be typical of exceptional children. In the case of Carlyle and Alia Sabur, their talents were recognised and nurtured so they flourished.
Both were lucky. Psychologists estimate that about 2% of children are gifted or talented and that perhaps another 3% have abilities that go unrecognised. That would mean the world has more than 100 million children who are unusually able, children with intellectual or other gifts that set them apart from the norm. Their contributions to the future of humanity could be enormous but unfortunately for many of them, poverty, war, disease and even school contribute to dousing the bright sparks.
Being too clever by half, in fact, is often a handicap in the western classroom or the school yard where high intelligence attracts the sort of scorn children tend to reserve for the maimed, migrants or anyone else who seems to be different from the crowd. Nicknames such as ‘professor’, ‘egghead’, ‘walking dictionary’ and other more pejorative terms are common.
“Their brains are loads too heavy for some of them to carry,” says a parent of a gifted child. “And sometimes they disguise their abilities to escape the ridicule of their peers.”
Alia Sabur had a lot of help from her family, her teachers and her lecturers in achieving the potential she was born with. In one sense she represents a beacon for the parents of bright children everywhere – and their teachers. As critics of the way the needs of the cleverest children are often ignored point out, schools should acknowledge the wide diversity of skills, abilities and learning styles that exist among their students and help parents and teachers with programmes that develop all their talents.
Such programmes should extend from kindergarten through school and on to further education colleges and the universities. Certainly at the tertiary level, there is work to be done with many teacher education courses to better prepare new teachers for the demands gifted children make on them. How to kick children along without knocking them down is a challenge for pedagogues yet people such as Alia Sabur show the social benefits that can come from succeeding at that task. 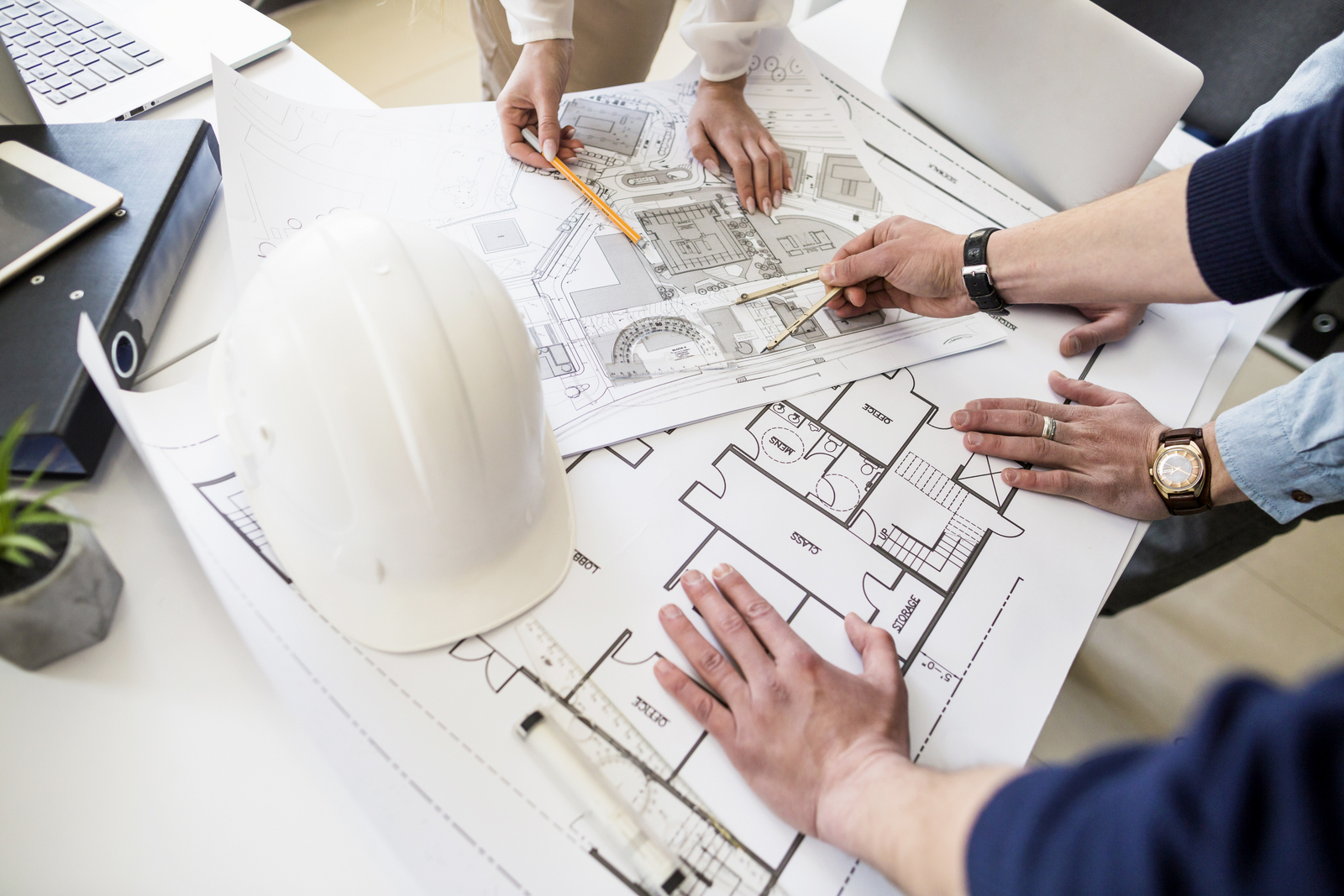 Advantages And Disadvantages Of Being An Architect 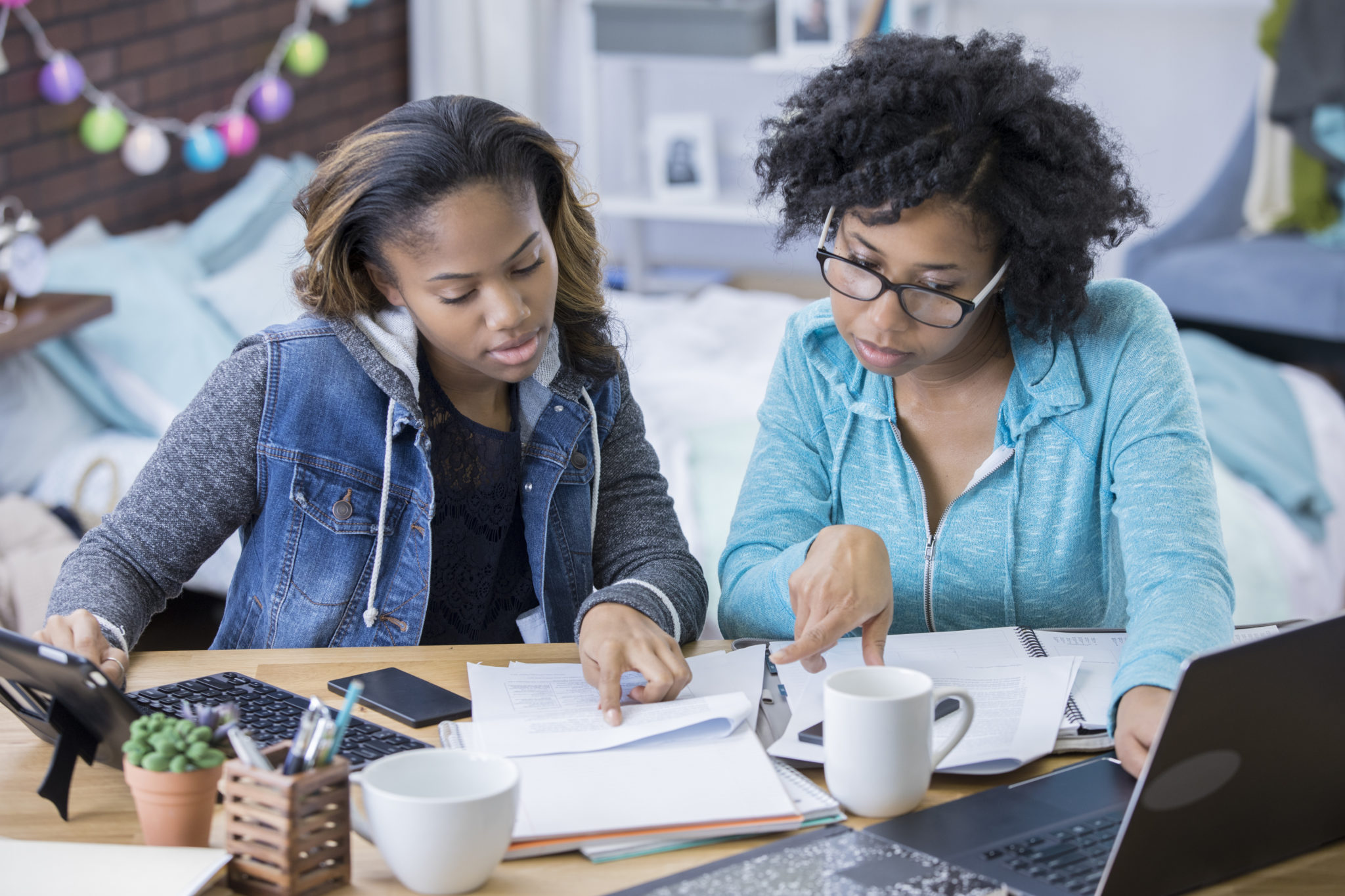 How To Make Good Friends Without Distraction In The University