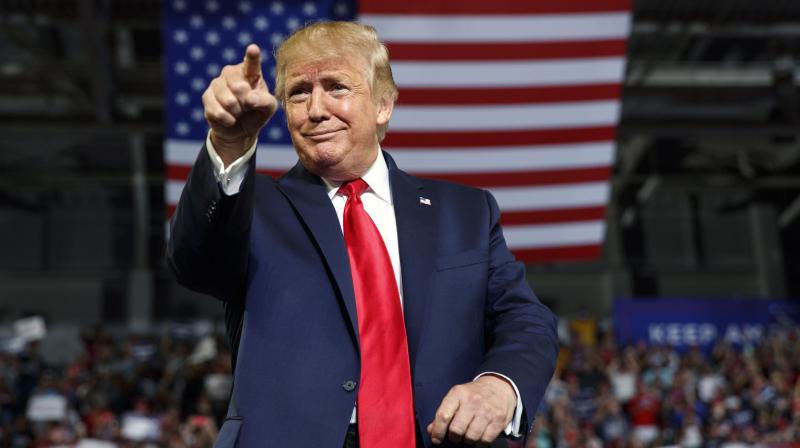 Donald Trump was acquitted Saturday on charges of inciting an insurrection at the US Capitol after a majority of Senate Republicans closed ranks and refused to punish the former president in his historic second impeachment trial.

The five-day trial saw Democratic prosecutors argue — bolstered by dramatic video of the January 6 riot — that Trump betrayed his oath by whipping up his supporters into storming Congress in a last-ditch attempt to cling to power.

It concluded as expected with a majority of Republicans declaring him not guilty, in a sign of the powerful grip the 74-year-old Trump continues to exert on his party.

But while the 57-43 majority that voted to convict fell short of the two-thirds needed in the Senate, seven Republicans joined with Democrats to seek Trump’s conviction, making it the most bipartisan impeachment trial in US history.

Trump, who has been secluded in his Florida club since leaving office on January 20, welcomed the verdict — denouncing the proceedings as “yet another phase of the greatest witch hunt in the history of our country

Despite the stain of a second impeachment, Trump hinted at a possible political future, saying that “our historic, patriotic and beautiful movement to Make America Great Again has only just begun.”

“We have so much work ahead of us, and soon we will emerge with a vision for a bright, radiant, and limitless American future,” he said in a statement.

READ MORE:  An AFP reporter at the scene saw a mangled car ablaze, black smoke billowing into the sky.

Trump was impeached by the House of Representatives on January 13, a week after the chaotic assault that stunned the nation and provoked widespread bipartisan outrage.

Democrats argued that Trump’s behavior was an “open and shut” case of impeachable conduct, retracing how he spent two months repeating the falsehood that the election was stolen, before inciting his supporters to attack Congress and stop the certification of Joe Biden’s victory.

“He summoned his supporters to Washington… whipped them into a frenzy, and directed them at the Capitol,” Senate Majority Leader Chuck Schumer said after the vote.

The defense team swatted the evidence away, arguing that Trump’s appeal to supporters to “fight like hell, at the rally that preceded the attack,” was merely rhetorical.

But their central argument was that the Senate had no constitutional jurisdiction to try a former president. Most Republican senators agreed.

– ‘Practically and morally responsible‘ –
But Mitch McConnell, the powerful Senate minority leader who voted to acquit on those grounds, left no doubt he blames Trump for the riot — which sent lawmakers fleeing for safety as a marauding mob rampaged through the Capitol.

The former Trump ally unleashed a searing rebuke of the ex-president, calling his actions preceding the assault a “disgraceful dereliction” of duty.

“There’s no question — none — that president Trump is practically and morally responsible for provoking the events of the day,” McConnell told the chamber after the vote.

He stressed that while Congress has exhausted its avenues for punishing Trump, the US justice system has not.

“President Trump is still liable for everything he did while he was in office,” McConnell said. “He didn’t get away with anything yet.”

Building their case over two days, Democratic impeachment managers described how Trump first encouraged, then refused to call a halt to the January 6 insurrection that left then-vice president Mike Pence and lawmakers in mortal danger.

– ‘Darkest days ‘ –
After the trial, House Speaker Nancy Pelosi, who was openly targeted by rioters and evacuated from the Capitol on January 6, laid into the “cowardly” Republican senators who voted to acquit.

“Senate Republicans’ refusal to hold Trump accountable for igniting a violent insurrection to cling to power will go down as one of the darkest days and most dishonorable acts in our nation’s history,” she said in a statement.

A furious Pelosi later belittled the prospect that Trump might now be the subject of a censure vote in Congress.

“These cowardly senators who couldn’t face up to what the president did and what was at stake for our country are now going to have a chance to give a little slap on the wrist?” she said to reporters, making that gesture.

Before moving to final arguments, Saturday’s proceedings were interrupted for a few hours when House impeachment managers, in a surprise move, said they wanted to call witnesses.

But they backed down, instead of reaching an agreement with the defense that a statement by congresswoman Jamie Herrera Beutler would be entered as evidence.

Lead impeachment manager Jamie Raskin had wanted Herrera Beutler, a Republican who voted to impeach Trump last month, to testify over her statement that Republican House Minority Leader Kevin McCarthy made a frantic call to Trump during the attack and implored him to call off the rioters.

She said McCarthy briefed her about the call and said that when he told a sceptical Trump that the insurrectionists were his supporters, “according to McCarthy, the president said: ‘Well, Kevin, I guess these people are more upset about the election than you are.’” 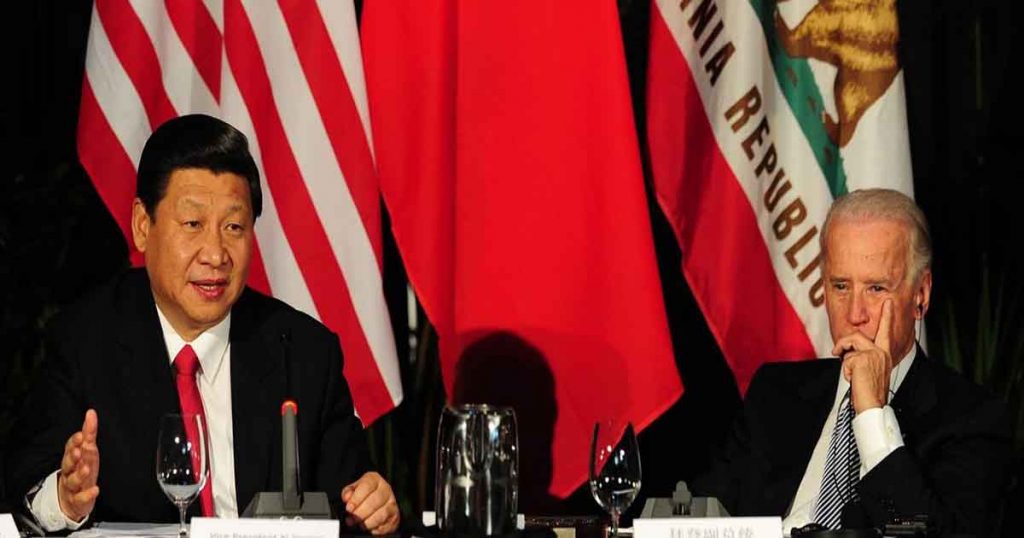 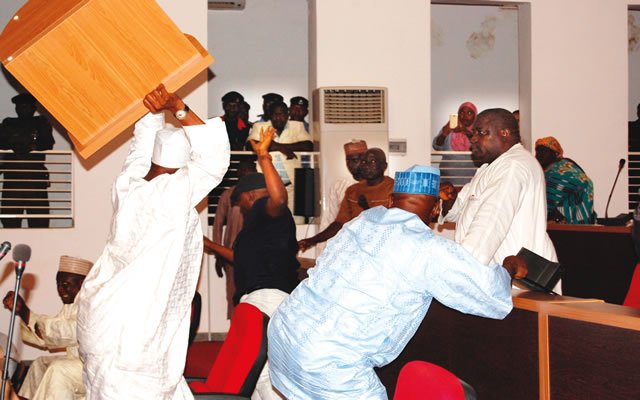 fight occurs at the House of Representatives 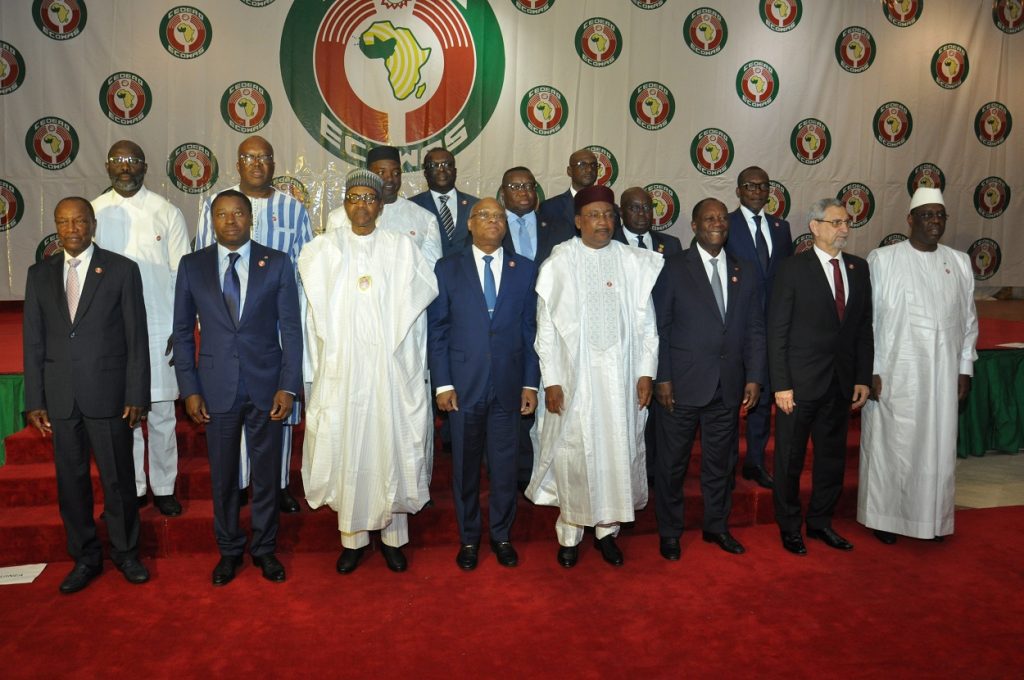