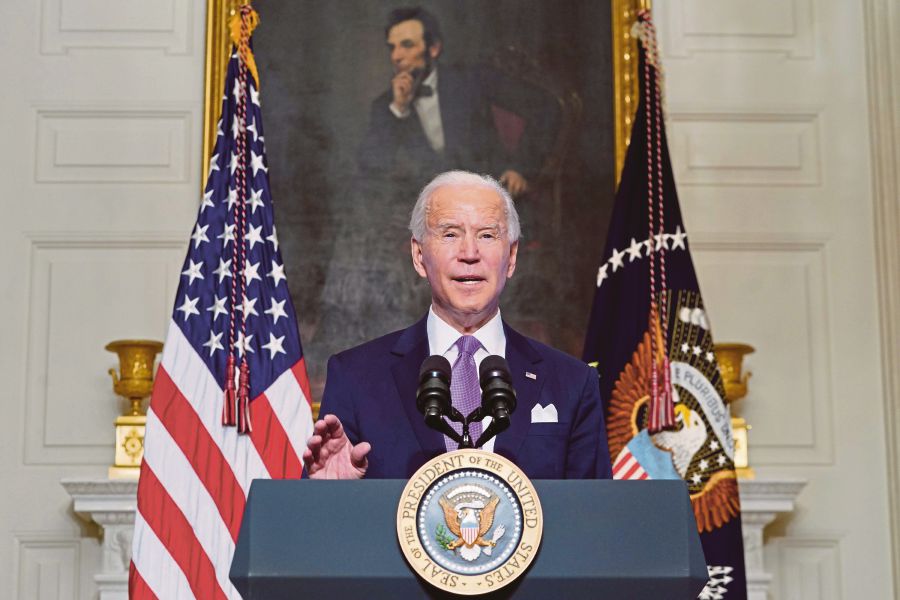 WASHINGTON, DC – JANUARY 26: U.S. President Joe Biden speaks about his racial equity agenda in the State Dining Room of the White House on January 26, 2021 in Washington, DC. President Biden signed executive actions Tuesday on housing and justice reforms, including a directive to the Department of Justice to end its use of private prisons.

Pthe end to the use of private prisons for federal inmates Tuesday, saying they incentivized throwing more people in prison without improving on government-run jails.

Biden ordered the Justice Department to phase out the use of private incarceration facilities, which house about 16 percent of federal prisoners.

“There is broad consensus that our current system of mass incarceration imposes significant costs and hardships on our society and communities and does not make us safer,” Biden said in the order.

“To decrease incarceration levels, we must reduce profit-based incentives to incarcerate by phasing out the federal government’s reliance on privately operated criminal detention facilities,” he said.

Biden said private prisons, which house about 116,000 of the more than two million prisoners under federal and state supervision in the country, were worse than government-run facilities.

“We should ensure that time in prison prepares individuals for the next chapter of their lives.”

Private prison operators first emerged in the United States in the 1980s when the prison population began to explode, notably because of the war on drugs.

It became a big and profitable business, with the prison companies publicly traded on stock exchanges.

But, driven by profits, the prisons have been criticized for cutting corners in terms of inmate care.

They also have allegedly encouraged tough sentencing policies to keep their facilities full.

“Private prisons profiteer off of federal prisoners and are proven to be, or found to be… less safe for correctional officers and for prisoners,” said Susan Rice, Biden’s Chief Domestic Policy Advisor.

Racial equity
Biden’s prisons order was one of several he signed Tuesday aimed at improving the treatment of minority groups and addressing “systemic racism” which has left many groups, especially African-Americans, economically deprived.

Rice is in charge of the ambitious program aimed at mainstreaming policies for minority equity throughout the government.

Biden ordered Tuesday the Department of Housing and Urban Development (HUD) to address policies that historically have made it harder for minorities to own homes and resulted in more segregated neighbourhoods.

He pointed to the lower level of home ownership by Blacks compared to Whites, and the need for easier access to affordable housing to people of colour and other minorities.

“Ongoing legacies of residential segregation and discrimination remain ever-present in our society,” the order said.

He ordered the government to take actions to address discrimination and hate crimes against Asian Americans and Pacific Islanders, saying that during the Covid-19 pandemic there groups have been targeted with “inflammatory and xenophobic rhetoric,” putting their homes and businesses at risk.

And he ordered departments of the government improve consultation and cooperation with Native Americans, requiring them to develop plans to that end.

“I believe this nation and this government need to change their whole approach to the issue of racial equity,” Biden said in a press conference.

“Yes, we need criminal justice reform. But that isn’t nearly enough. We need to open the promise of America to every American.”

“And that means we need to make the issue of racial equity not just an issue for anyone department of government, it has to be the business of the whole of government.