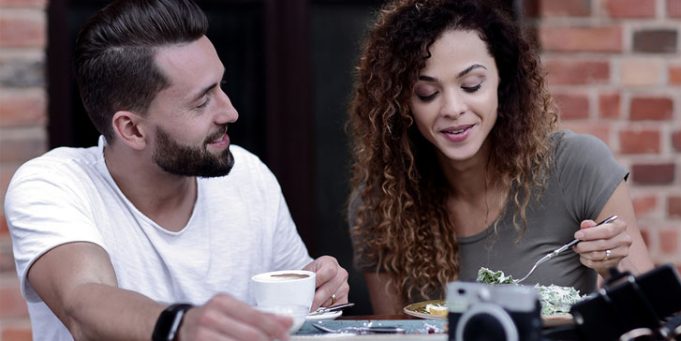 Wondering whether he’s actually interested? Maybe he acts this way with all his friends. How can you tell if he actually likes you without asking him directly and embarrassing yourself? Here’s your guide for a few signs he’s not interested to watch out for.

a guy likes you he’ll smile and make a lot of eye contact. He’s consistent with his compliments and he’ll be giving you all his attention. You might even catch him staring at you a few times.

You’re Not a Priority

doesn’t contact you first or make any effort to see you and his replies are short and bland, at other times he flirts and wants to hang out. You don’t want someone who will only see you if he has no better plans or options.

Your Feelings are not Acknowledged

you talk about how you feel or bring up your relationship he acts like he has no clue what you’re talking about. He’ll even change the subject or be vague about it.

He’s Not Ready for a Relationship

Most guys are usually not ready for a real relationship and they’re afraid of commitment. If he says that he’s not ready then he’s not ready. If he really likes you he’ll want to be with you and he’ll be ready.

His Friends Have no Clue About you

If he never mentions you to his friends even though you’ve met them a few times then he’s not thinking about you. If they still don’t know your name then it’s a big sign!

If he touches your hands and shoulders, tucks your hair behind your ear or tries to be as close to you as he can when you’re together then he’s definitely interested. If he’s not he’ll be sitting back and not closing the proximity between you.

He’s Giving you the Meh Attitude

Does he seem absent and is always checking his phone? His vibe is nonchalant most of the time? If he really likes you, you’ll take all his attention while you’re together.

You’ll know when a guy likes you because men have a harder time hiding it than women. But don’t be mistaken between someone who’s trying to be nice and someone who’s actually interested.

READ MORE:  Make Me Believe I Am In Love Again