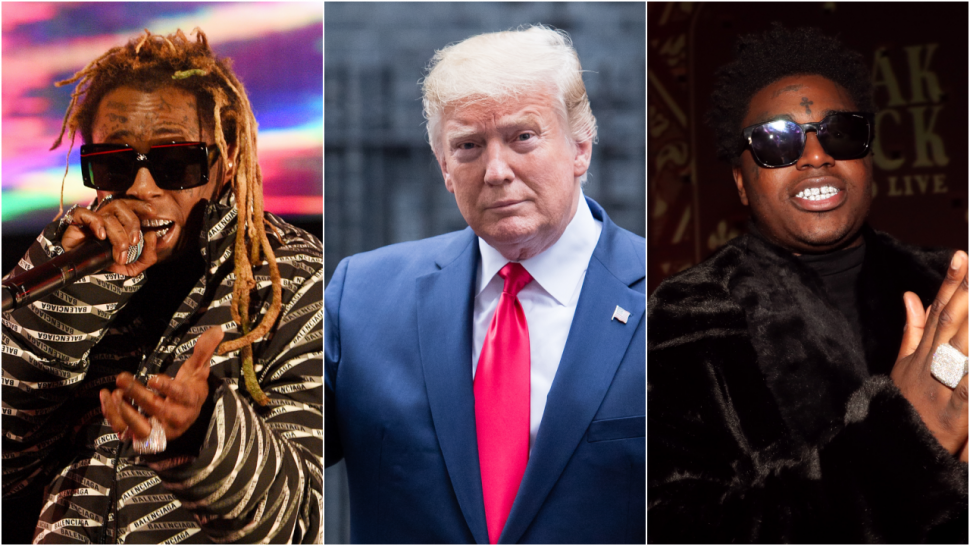 In an official White House statement released late Tuesday, January 19, 2021, Trump issued 73 pardons and commuted the sentences of 70 additional individuals with Lil Wayne and Kodak Black on the list.

Lil Wayne, 38, hadn’t yet been sentenced after pleading guilty in December to carrying a loaded firearm while traveling on a private jet.

He faced a sentence of up to 10 years in prison having previously served eight months in jail in New York, after being convicted of criminal possession of a weapon.

Kodak Black, who was sentenced back in 2019 to nearly four years in prison, also received a pardon on Wednesday.

The rapper, who changed his legal name from Dieuson Octave to Bill Kapri, had pleaded guilty to weapons charges stemming from his arrest at the Rolling Loud Festival in May 2019.

In a court filing, he admitted to lying about his criminal history while acquiring firearms.

It would be recalled that Lil Wayne had backed Trump’s presidential bid back in 2020.

The rapper revealed that he would be backing Trump’s reelection campaign.