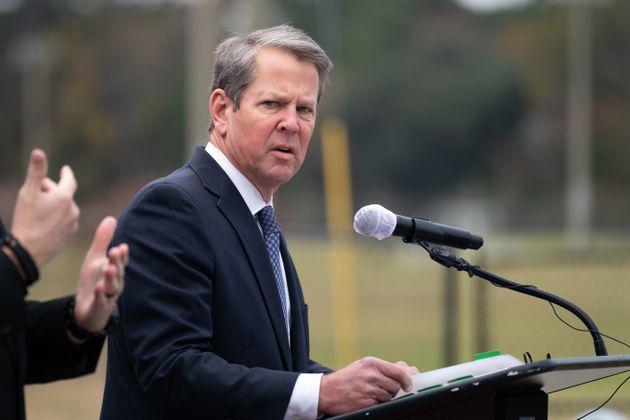 Georgia’s GOP governor is pledging allegiance to Trump, even though the former president repeatedly trashed him.

Ex-President Donald Trump smeared Georgia Gov. Brian Kemp (R) as a “nut job,” a “moron” and “hapless,” and demanded he quit for refusing to back Trump’s lie about the 2020 election being stolen.

But on Wednesday, Kemp swore allegiance to the defeated former president, should Trump make good on his threat to run for the White House again in 2024.

“Real quickly, Donald Trump as the ’24 nominee for Republicans, would you support him?” Kemp was asked by Fox News’ Neil Cavuto.

“Absolutely,” Kemp responded. “I’m going to support the nominee. As I said again, I worked very hard for the president.” Trump’s ideas would be “part of our party for a long time in the future,” Kemp predicted.

“Republicans, we need to have a big tent,” he added. “There’s a lot of great ideas out there, we’re not always going to get along. But I think the president deserves a lot of credit and he’s not going away.”

Trump repeatedly attacked Brian Kemp for not working to overturn the election results for him, called for his resignation and even gave a speech in Georgia saying he’d campaign against him, but here’s Kemp just now on Fox News saying he’d support Trump in 2024

Only on Saturday, Trump described Kemp’s performance as “sad.” That followed months of trash-talking the governor for failing to aid Trump’s efforts to overturn President Joe Biden’s narrow win in Georgia. At one point, Trump said he was “ashamed” to have endorsed Kemp’s election.

Less than two weeks earlier, McConnell had declared Trump as “practically and morally responsible” for inciting the Jan. 6 storming of the U.S. Capitol by his supporters, even though he voted for acquittal in Trump’s Senate impeachment trial.