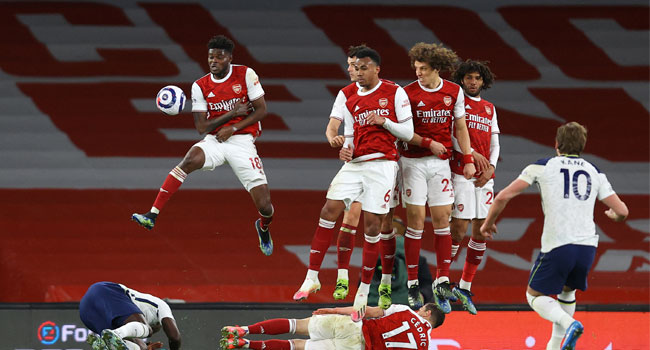 Tottenham Hotspur’s Argentinian midfielder Erik Lamela (R) walks off the pitch after getting a red card for a foul on Arsenal’s Scottish defender Kieran Tierney (L) during the English Premier League football match between Arsenal and Tottenham Hotspur at the Emirates Stadium in London .Arsenal came from behind to beat Tottenham 2-1 for a first north London derby win in three years, as Kelechi Iheanacho’s hat-trick moved Leicester into second in the Premier League with a 5-0 thrashing of managerless Sheffield United on Sunday.

Spurs also lost Son Heung-min to a hamstring injury on a costly afternoon for their hopes of a top-four finish, but Jose Mourinho’s men did not deserve anything more for an overly conservative approach at the Emirates.

Arsenal’s afternoon did not start well with captain Pierre-Emerick Aubameyang dropped to the bench for a breach of discipline, reportedly after turning up late for the squad’s pre-match meeting.

Mikel Arteta’s men did not miss their skipper as they dominated early on with Emile Smith Rowe’s effort crashing back off the crossbar.

Erik Lamela was introduced to replace Son early on and the Argentine opened the scoring in sensational style as he wrapped his left foot around his right to fire into the bottom corner with a ‘Rabona’ finish.

Cedric Soares hit the post as Arsenal almost hit back immediately and the hosts finally got their reward just before half-time when Martin Odegaard’s shot deflected in off Toby Alderweireld for his first Premier League goal.

Alexandre Lacazette captained the Gunners in Aubameyang’s absence and also took the Gabon international’s duties from the penalty spot after the French striker was brought down by Davinson Sanchez inside the area.

READ MORE:  3 Of the Most Benefits Life Lessons You Can Learn From successful Sports

Lacazette sent his international teammate Hugo Lloris the wrong way from the spot to claim a much-needed win to keep Arsenal’s slim hopes of finishing in the top four alive.

Arteta’s side are now 10 points behind fourth-placed Chelsea with a game in hand, while Spurs remain six points behind the Blues in seventh.

Lamela turned from hero to villain with two unneccessary yellow cards to be given his marching orders 15 minutes from time.

Despite their numerical disadvantage, though, Tottenham’s best spell came with 10 men as Harry Kane had a goal ruled out for offside before the England captain hit the post and Sanchez’s follow-up effort was cleared off the line by Gabriel Magalhaes.

Foxes on the hunt

Leicester showed no mercy to bottom-of-the-table United in the visitors’ first match since Chris Wilder’s departure on Saturday.

Wilder, who led United from third-tier League One to the Premier League, left by mutual consent after several days of speculation about his future.

The Blades, managed by interim boss Paul Heckingbottom, look destined for relegation, 14 points from safety with only nine games left.

Nigerian striker Iheanacho opened the floodgates in the 38th minute at the King Power Stadium with a close-range finish from Jamie Vardy’s pass after a flowing move.

Iheanacho’s third goal in his last three games was followed by Ayoze Perez’s fine strike from the edge of the area in the 64th minute.

Vardy was the provider again for Iheanacho’s second before the former Manchester City man completed his treble with a 25-yard blast past Aaron Ramsdale. 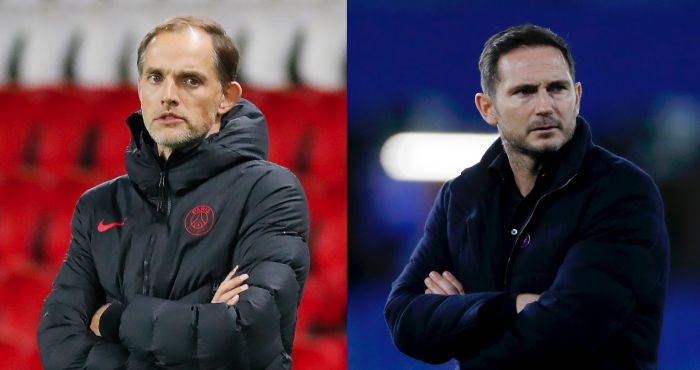 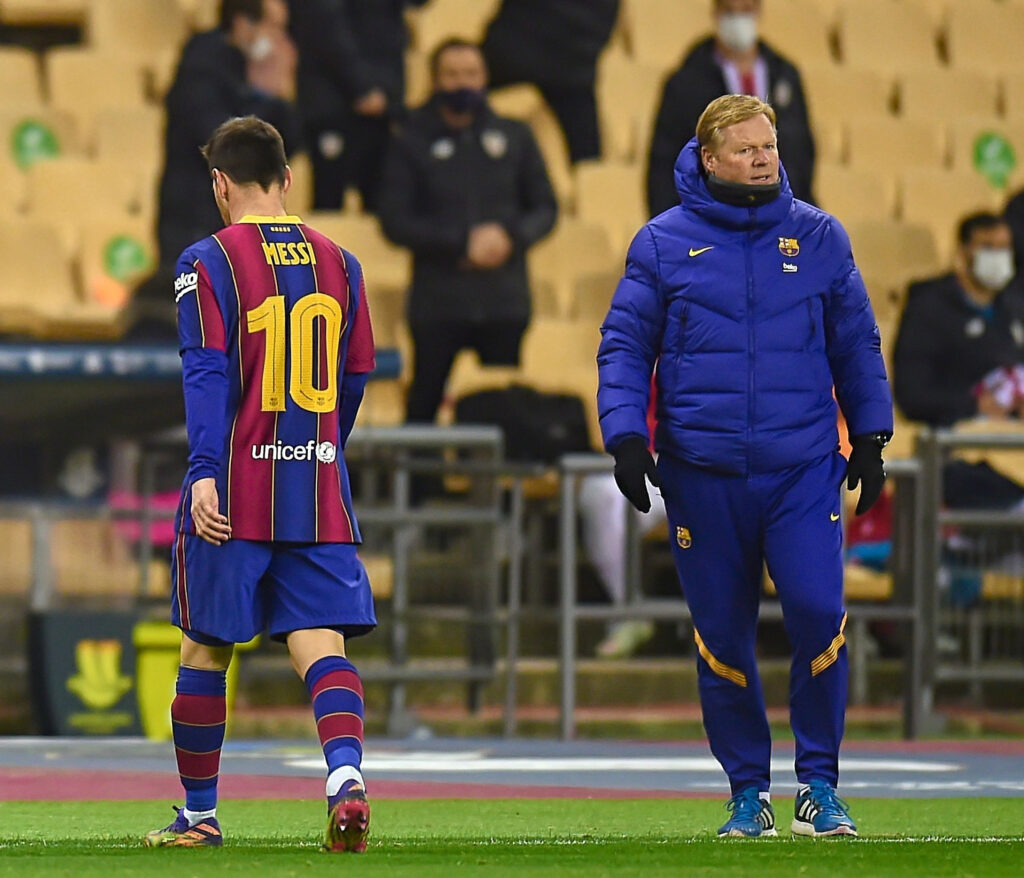 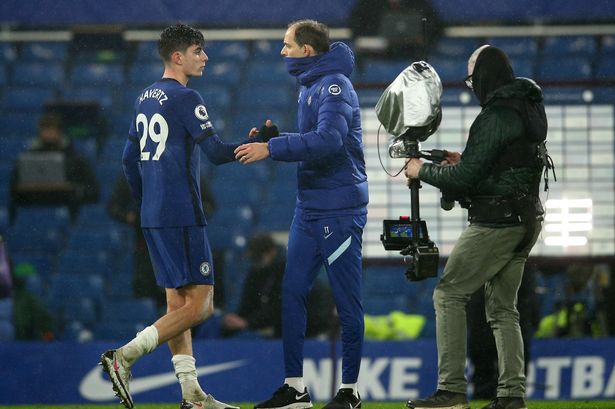