Why Not Having Kids Is Something You Should Seriously Think About 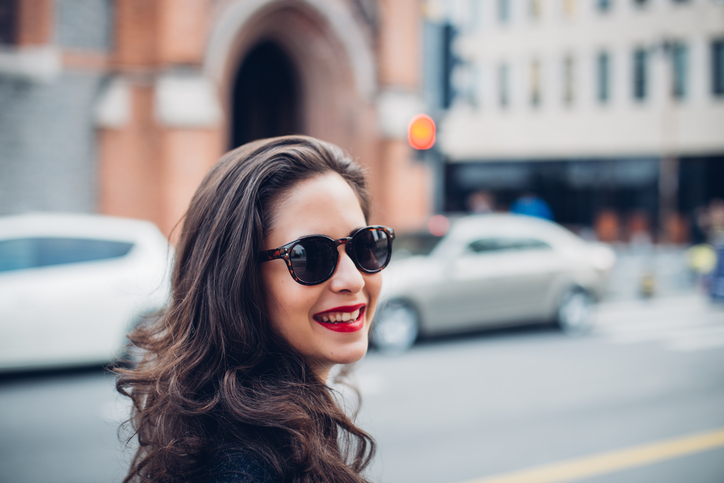 According to the U.S. Census Bureau, the number of childless woman out there is higher than ever. While this thought might perplex any brand new mom of a bouncing a baby girl or boy, the reality is that, at least from a scientific perspective, not having kids is actually a good idea. Once you throw in what it means to skip having kids from a personal perspective, it makes even more sense. While I would never tell any woman to not have a child, before you do, there are definitely some things to seriously consider first.

1. TO BE HONEST, THE WORLD REALLY DOESN’T NEED ANOTHER KID.

Have you looked at the World Population Clock lately? As I write this sentence, there are currently, 7,475,704,326 people in the world. By the time I finished writing that sentence, it had gone up by 50 more people. If you really think the planet is never going to run out of resources for all those people, then you’re out of your mind.

Breaking news: This is not a myth at all. Between all that lack of sleep that comes with having kids, the lack of time to do it, and the general stress of being a parent, sex lives of people with kids tend to get wiped out. Sure, you’ll still get it on — once a month if you’re lucky, as opposed to the days when it was several times a week.

3. THE BEST DATING/RELATIONSHIPS ADVICE ON THE WEB – SPONSORED If you’re reading this, check out Relationship Hero, a site where highly trained relationship coaches get you, get your situation, and help you accomplish what you want. They help you through complicated and difficult love situations like deciphering mixed signals, getting over a breakup, or anything else you’re worried about. You immediately connect with an awesome coach on text or over the phone in minutes. Just click here…

4. KIDS WILL MAKE YOU MISERABLE.

While there’s no denying that pregnant women glow and a new mom, while exhausted AF, is for the most part happy, science has a brutal wake-up call. According to a 2014 Gallup study, if you’re not rich and living in an English-speaking country, you’re likely to have a “lower life evaluation” thanks to your kids. What this means is that you’re not exactly going to be a happy camper.

5. YOUR CAREER WILL SUFFER.

It may be nice to think that you can “have it all,” but it’s not true for many women out there. Unless you have a career that affords you a certain lifestyle so you can actually have it all — that house in the Hamptons, the nanny, the partner who gives just as much as you do in raising the child — you’re going to have to give something up. This isn’t some archaic thinking, but a reality. Not to mention, you’ll have to take time off for maternity leave, which isn’t guaranteed to be paid because the federal government has yet to make paid maternity leave mandatory. So you miss out on that 80 cents to the $1.00 that your male counterparts are making, while also falling behind in your career. Think about it.

6. KIDS CAN TAKE A TOLL ON YOUR RELATIONSHIP.

Although from an evolutionary perspective, settling down with a partner and having kids is what we’re “supposed” to do to keep the species afloat, studies have found that having a rugrat can actually wreck havoc on the satisfaction of one’s relationship after that first kid is born. No thanks.

7. KIDS ARE LEAVING ONE HELL OF A CARBON FOOTPRINT.

8. YOU CAN KISS YOUR FREEDOM GOODBYE.

To quote Kanye, “She got one of yo kids got you for 18 years.” While he’s talking about gold digger (a term I loathe), the fact remains that once you become a parent, you have at least 18 years of your life being sucked dry, financially, emotionally, mentally, and physically by a kid. Say it out loud: 18 years. Plus, being a parent doesn’t really stop once your kid officially reaches adulthood, either.

9. YOUR KIDS ARE GOING TO BE JERKS SOMEDAY.

Think about how you were in your teens. Think about the selfish, ungrateful jerk you were. Do you want to deal with that crap from someone you brought into the world? I don’t think so.

10. YOU HAVE BETTER THINGS TO DO WITH YOUR TIME.

It may sound brutal, but it’s the truth. You only get one shot at this whole thing called life and there’s a world out there, a beautiful existence that comes when you skip having kids, that’s worth exploring. Don’t you owe it to yourself to try that on for size? Yes.

According to a 2013 report by the U.S. Department of Agriculture, the average cost of raising a kid from birth to 18 years of age — which doesn’t include college — is $245,340. With inflation, that’s roughly $304,480. While that amount might be spread out over 18 years, it doesn’t include extras — that’s just putting food on the table and clothes on their backs.

12. IT’S BETTER TO REGRET NOT HAVING KIDS THAN REGRET ACTUALLY HAVING THEM.

I’ve written quite a few pieces on why I don’t want kids. I’ve also received quite a few responses; some that called me selfish (true!) and some from women who openly admitted that they regretted having kids. The were adamant about the fact that they love their kids, but if they could do it over, they wouldn’t have gotten on the baby train. Regret is a horrible feeling to have. It rips at your insides on a daily basis and makes you second-guess everything. No one should live with regret — YOU shouldn’t live with regret.