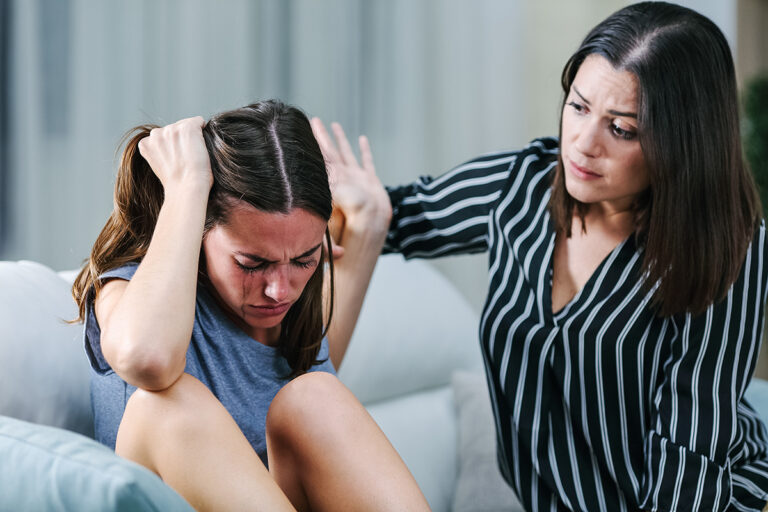 We know it sucks, but rejection is part and parcel of the dating game. And being able to correctly handle and accept rejection is an even bigger part of it. Just because you know you’re a catch, it doesn’t mean that everyone will feel the same. As seen on Reddit; you can be the prettiest peach, but there will still be someone who hates peaches. So there’s a right way to deal with rejection (and definitely a wrong way) and we’re here to tell you all the do’s and don’ts of receiving a ‘no’.

Rejection is the one thing that unites us all, but what if we’re seeing it all wrong? What if it doesn’t have the be a painful and limiting experience? If your fear of rejection is holding you back from doing the things you want to do, then you need to watch this.

Probably sounds obvious right? Apparently not. We know not everyone does it, but there is a small group of people who sadly will resort to petty name-calling after they’ve not gotten the answer they wanted. You can’t be complementing the person you fancy one minute and then completely change your mind because of the words ‘no thanks’. All they’ve said is no; it doesn’t mean it’s personal and it doesn’t mean you necessarily did anything wrong. Sometimes it’s something you can’t control at all.

2) DO ACCEPT THE REJECTION

The only way you’ll get over rejection is by accepting it. When you’re told the news, it might hurt, it might piss you off and those are all feelings you’re allowed to have. Take a couple seconds if you need to but make sure you’re mature and calm in your response. Chances are, they’ll have been nervous about telling you so try to tell them not to worry. Be honest with them about enjoying your time with them – which leads nicely into our next point.

Just be honest with yourself about how you feel. Acknowledge those feelings and make sure you handle them correctly. Don’t let them manifest themselves into anger over something so little. If you do want to let them know your feelings, do so honestly and calmly. Nobody wants their texts to end up on Bye, Felipe or a Buzzfeed article on how not to respond to rejection. We get that it’s hurtful sometimes but remember it’s not their fault and you shouldn’t be taking it out on them.

4) DON’T TRY TO CHANGE THEIR MIND

A thought-out and intense message asking them to reconsider isn’t going to help your cause, sadly. We’ve all been there thinking ‘this text to the ex is a really great idea” but, really, we all know better than that. Although they may be the only person you want to be with right now, in the long run you’ll realise no one deserves to be with someone that doesn’t want to be with them. You deserve better than that too.

There’s no reason that if you get on before you ask the question, then you’ll get on after the question. As long as you don’t make a big problem about it and deal with the rejection maturely, then this person can still be in your life if they want to be. Sometimes, it can be the start of a really good friendship so don’t go cutting any ties because it didn’t work out romantically.

6) DO REMEMBER THAT THEY DON’T OWE YOU ANYTHING

There’s a correct way to find out why you’ve been rejected if that’s what you’re wanting from the situation. Just accept the ‘no’, phrase the question in a mature and calm way and, if they don’t want to give you that answer, try not to force it out of them – they don’t have to tell you.

Rejection is a completely normal thing to happen and, what’s more, it happens to everyone. Literally everyone. Sometimes, it can feel like a big deal. Try to remember that there could be a million reasons as to why they don’t want to go out again. It could be to do with their personal insecurities, family-based, career based or simply because they wouldn’t want to risk the friendship. Very few of the reasons are based on you having done something wrong or caused by you. Don’t tell yourself you’re stupid or that you made a mistake. There’s more to be learned from failure than success. You are not to blame and rejection does not define you.

8) DO UNDERSTAND IT WASN’T MEANT TO BE

If it doesn’t work then it doesn’t work; focus on the other things in your life you’re working on and let yourself get excited about these things. If you were really meant to happen, then it would’ve happened. There will be something out there that is meant to happen and, just because it’s not what you want right now, it doesn’t mean it’s not right for you when it does come along. There are so many exciting things in life that have nothing to do with romance and so there’s plenty to focus on.

9) DO REALISE THAT REJECTION IS NORMAL

We’re sure you don’t need us to say this again but rejection is normal. Completely normal and it happens to everyone. OK, that was the last time we promise. As long as you promise to remember that.

10) DO REMEMBER THAT NOT ALL REJECTION IS ROMANTIC

Rejection is a part of a lot of life – it’s a hard thing to accept not everyone is going to like you in life. We all get rejected by partners, rejected for jobs, even rejection from your trial for a sports team or the musical you auditioned for. It’s a bitter pill to swallow but one that we all have to taste in life. Remember that the more you focus on handling it well, the better you’ll become at handling it well. If you can deal with rejection from a partner, then dealing with it from a job will be that bit easier. Especially helpful for when you’ve audition for Elsa in Frozen and you end up playing ‘Snowball #3’. Don’t ask, it still hurts.

Rejection is just as much a part of success as actual success is. If you didn’t have the lows, you wouldn’t know how good the highs feel. So try not to be too disheartened by this minor setback because something major could be just around the corner. Maybe this time they didn’t see in you what you wanted them to see, but that doesn’t mean that there’s not someone who will.

READ MORE:  How To Respond To Your Wife When She Refuse Talk To You