10 Secret signs That a man is desperate To Get married 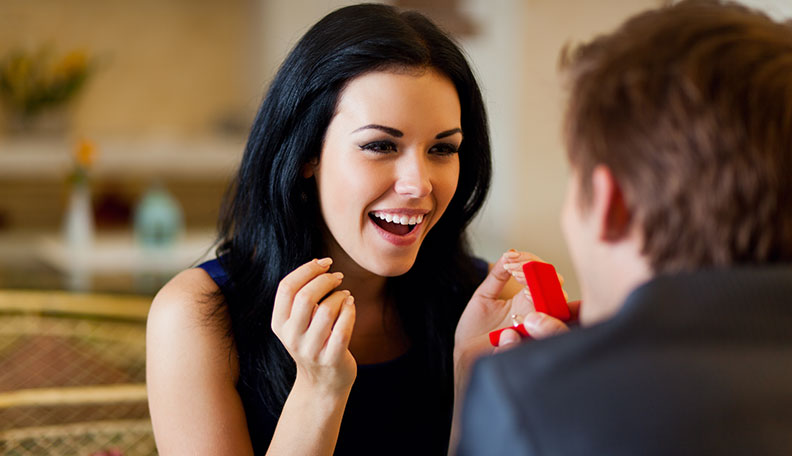 Someone lied to us all that men can’t be desperate for marriage. They even said that women should get married as soon as possible while men should postpone their marriage. Men are also caught up in marital uncertainties. They also want babies before they retire. They long for someone to prepare for them a delicious meal, massage them, nag them and most importantly give them as many babies as possible.

When this is not possible, men can’t contain their desperation. His desperation will be manifested in the following ways.

1. When he asks to be hooked up all the time. Maybe this man is a friend, relative or colleague. He can’t stop asking again and again to be hooked up. When you ignore him, he insists. He is ready to treat you all as long as you introduce him to a lady. He believes it can lead to marriage.

2. He forgives grievous mistakes easily. Maybe you were chatting with kina Johnny, Denno and George on WhatsApp. He saw all the chats. You had even send nudes to Denno while George had Mpesad. A normal man who is not desperate for marriage will breathe fire and brimstone. He can smash your phone and even threaten to dump you. This man fears losing his temper. It can mean the end of his marriage prospects.

3. Your word is his command. Everything you say or need will be obeyed and given immediately. Even if your demands are absurd, he will put up with them. If you say you want a white themed wedding at the coast, an invite only and you don’t want to see his cruel ugly sisters, he will say yes. Even if you tell him to bring you all the water from Lake Magadi and make you a swimming pool, it will be done.
4. He wants you to see his parents as soon as possible. They want you to take them seriously. It’s also a way of saying you should be part of their family. They can’t hesitate to visit your parents in turn.

5. They give goodies to your family. They are very generous with gifts to your family. It’s a way of bribing their way into their hearts. They do this to ensure that if you have arguments or you want to back out, the family members will put in a good word for them.

6. He talks about marriage all the time. He can’t stop talking of why it’s important for a man to have his children early. He fears he can retire before his future children are out of college. He asks you how many children you would like to have. Before you can think and give an answer, he asks what your expectations in marriage are. Nine in every ten words he speaks are about marriage.

7. He is disappointed if you don’t dress like a wife. He is particular about your dressing. He prefers that you tone down and avoid dressing skimpily. If he is psycho, he will say you wear short and tight dresses in the house. It sounds bad, but shows how he badly needs a companion.

8. He avoids the company of team mafisi. If you have dated for long and you complained about his team mafisi friends, he shuns them like a plague. He doesn’t drink with them, they don’t come to his house and he is indoors all weekend. It’s a psychological tactic to make you have confidence in him. It’s dangling the goodies of what he can offer in marriage.

9. He is no longer choosy. He liked to insist on marrying a woman who is educated. He added qualities like God fearing, beautiful, black beauty and submissive. But time has taught him that such a woman is elusive to come by .For this reason, he smiles at light skins. He even sends credit to that class six drop out house girl next door.

10. He wants to be friends with married couples. After saying goodbye to team mafisis (since they are lowering his stand as a potential husband) he says hello to married couples. He wants you to be friends with them also. You need to invite them over for dinner or even attend functions with them. Not to mention how he is very friendly with their children. He is just creepy and eager to start a family.

READ MORE:  13 Things That Is More Important In A Relationship