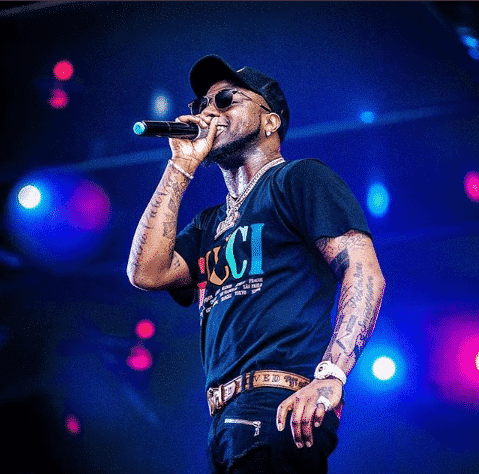 he concert which held at the Eko Atlantic was packed to its fullest with eager fans and industry personalities as close to 20,000 tickets had been sold out within 12 days when the venue was officially announced.

The DMW boss who enjoyed an incredible run in 2017 that saw the last edition of the concert witness a massive crowd beyond the capacity of the venue used continues to enjoy overwhelming love from his fans and that was much evident on the night.

From the young to the old, people had traveled from far and wide just to witness the ‘City Of David’ getting lit up as the mother of all concerts brings the year to a glorious end.

Host on the night was Ehiz who engaged in a dance battle with DJ ECool to kick things off on the night with comedian Kenny Blaq also keeping the crowd thrilled with rib cracking jokes.

Several musical artists took to stage to properly get things going. From fast rising talents like Oxlade, Distrikt, Shikane to Small Doctor who brought the place down with ‘Penalty’ and Chinko Ekun alongside Zlatan and Lil Kesh who performed the hit single, ‘Able God.’

During his set, Davido was joined by members of his DMW family as together they performed a number of their notable group singles from ‘Aje’ to ‘Mind’ while individually with Idowest, they thrilled the crowd to ‘Ji Ma Sun’ while the likes of Mayorkun, Dremo and Peruzzi also delivered some of their fan favorite anthems.

As the show progressed, there was the added touch of being joined by his girlfriend, Chioma on stage as he performed ‘Assurance’ while also carrying his two daughters on stage and requesting the crowd said ‘’Hello’’ to them.

He also gave out N1M to a fan who was protecting women from being molested in the crowd.

At different point during his performance, he was joined by a number of artists he had worked with in the past from Reminisce who joined him to perform ‘Daddy Mi’ to 9ice as they sang to ‘Living Things.’

Another major highlight on the night was when he brought out a number of his friends from Runtown to Falz who together performed ‘Bad, Badoo, Baddest’ and then Burna Boy as they performed songs like ‘On The Low’, ‘Gbona’ and ‘Ye.’

The concert suffered from a number of things from shoddy organization to Davido throwing money into the air which created a rowdy scene as fans fought and pushed for a share of the cash.

But all in all, Davido didn’t disappoint his fans performing majestically and giving a well-rounded set that will leave a lasting memory in the minds of everyone who gathered on the night to witness the big occasion.

10 Countries with The Most Beautiful Girls In The World-Today