12 Signs a Man is Falling in Love with you 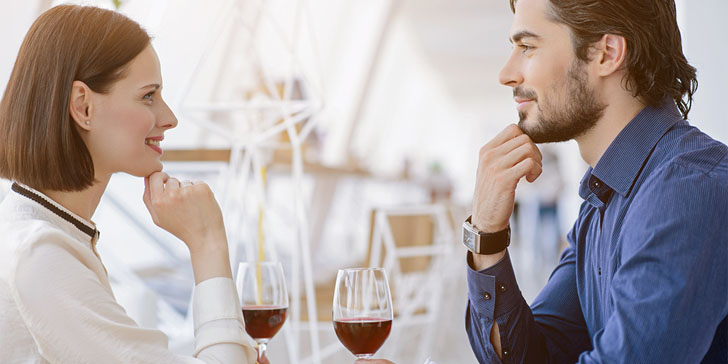 IF YOUR PARTNER DOES THESE THINGS, HE’S SERIOUSLY SMITTEN.

If he loves you, his body language and behaviors will give him away. Here are the 12 science-backed signs a man is falling in love.

.It’s difficult—if not impossible—to gauge how someone else is feeling in a relationship. But if you’re considering whether you’re falling in love with your partner, you’re probably wondering if they are, too. Fortunately, .science has actually pin-pointed some tangible signs a man is falling in love. Watch your partner for these subtle clues he’s head over heels.

1. He’s been asking about the future

.If he’s asking you whether you’d ever plan on moving or having kids, he’s not necessarily saying he wants those things (don’t get too excited), but he is showing an interest in your aspirations, says Marisa T. Cohen, PhD, co-founder of the relationship lab Self-Awareness and Bonding Lab and associate professor of psychology at St. Francis College. “When partners push each other to answer those questions, it shows a certain level of intimacy,” she says. He’s probably serious enough about you that he wants to make sure you’re really compatible.

2. He gazes into your eyes

.Pay attention to where your man is looking—turns out the eyes really are a window to the soul and could be one of the major signs a man is falling in love. In a study in .Psychological Science., researchers found out that when a person feels the pull of romantic love, their eyes are drawn to the other person’s face. On the flip side, sexual lust makes their eyes dart quickly to the person’s body.

.Have you noticed your guy is always letting you pick the dinner spot, or offering to run out to the store when you’re craving certain chips? There’s a term for that—compassionate love—and research published in Europe’s Journal of Psychology has linked higher levels of it with higher levels of romantic love. Those small, selfless acts are signs a man is falling in love and would do anything for you.

4. When you laugh, he laughs

.A series of studies of college students in one Evolutionary Psychology study found that men use humor to gauge a woman’s interest—the more she laughs, the more interested she is. But even more telling? The more the pair laughed together, the stronger the chemistry between them. If the two of you are always in fits of giggles, it shows that you have fun together, which is a foundation for a lasting relationship.

5. He’s been revealing intimate details about himself

.”People are misled when they hear the word ‘intimacy.’ They think ‘sex’ right away,” says Cohen. “Sex is a component of intimacy, but it’s not all that it is.” Instead, intimacy is all about revealing those details that you wouldn’t necessarily reveal to other people. When your partner shares his deepest fears and biggest aspirations with you, he’s showing a level of trust.

6. You can feel his heartbeat match yours

.When we feel a connection, we subconsciously try to mimic the person we’re with. A study from the   found that when couples sit together, their heart rate and breathing naturally start to sync up—and if one partner is hurting, touching the other could provide natural pain relief. On the flip side, these are the 20 Sure Signs Your Relationship is Over.

.A German study on 245 couples found that being in a happy, stable relationship helped young adults reduce their levels of neuroticism and stop jumping to the worst possible conclusions. If your partner has been seeing the glass as half full lately, he’s probably feeling comfortable and confident in a future with you.

8. He’s been investing a ton of time into your relationship

.Researchers have found “ that predicts how attached someone is to a relationship. People are more likely to commit to a relationship if they feel satisfied with their partner, think it’s better than any alternative, and consider themselves to already be invested. Doesn’t sound so romantic when you put it that way, but if your guy has been going out of his way to spend time with you, you can bet that you’re the light of his life.

.Strong couples tend to think of themselves as part of a unit, not just as individuals. “You hear a shift verbally,” says Cohen. “You hear a lot more of ‘we’ did this. You hear more of the other person referring to themselves as part of the couple.” Don’t worry—it doesn’t mean he’s going to start saying “oh, we love tiramisu!” but one of the biggest signs a man is falling in love is that when he’s sharing stories or discussing plans, there’s a good chance you’ll be part of the picture.

10. He goes out of his comfort zone for you

.We wouldn’t encourage you to .try .and change someone, but research published in the   shows that change is a natural part of relationships. When love is still new, partners are more likely to explore new parts of their own personalities and try new things. He might tag along to his first .Vagina Monologues .performance, or you might notice that he’s been extra-generous since that time you called him sweet for donating money to your favorite charity.

11. He’s stopped cleaning up after himself

.It might be frustrating that your partner has suddenly stopped bothering to bring his dishes to the sink or hang his jacket up, but hear us out: It could be a good sign. “When we start a relationship, we’re presenting the best version of ourselves,” says Cohen. “Over time, we let the person see our true selves.” That could mean something as simple as being less self-conscious about messiness, or as intimate as letting you see the darker side of a chronic illness.

12. You’re already in love with him

.Lucky you, ladies: You’re less likely to experience unrequited love. A Spanish study published in the International Journal of Psychology and Psychological Therapy found that women in love were more likely to be loved back than men in love. The authors put forward a few theories—maybe women are pickier about who they say they love, or maybe men are more likely to say they’re “in love” even when the other person doesn’t feel it back. So if you’re asking yourself if he returns the feeling and analyzing his every move for the signs a man is falling in love, there’s a decent chance that the answer is “yes.”