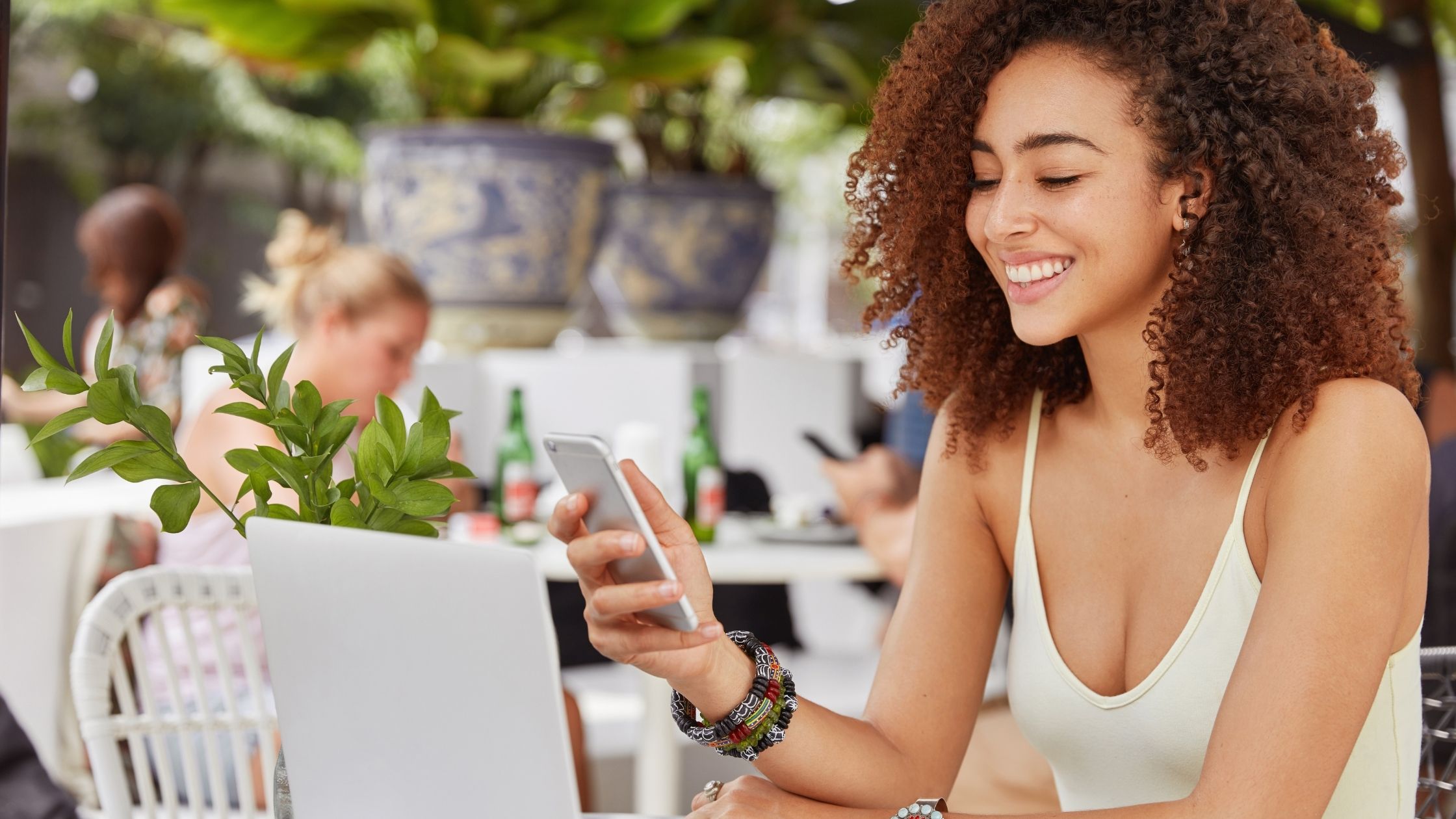 Are you wondering what to do when a girl ignores you and doesn’t give you a chance? Does she like you? Here’s everything you can do to catch her eye.

It can be really discouraging and frustrating when a girl ignores you. You’ve tried everything you can to get her attention and yet she hardly knows you exist.

Obviously, this upset you and you probably want to know what to do next, right?

Well, it can be a little complicated. Girls are complicated in general and then you add the fact that they’re ignoring you and it can be really hard to figure out. The truth is, there are a lot of reasons a girl could be ignoring you.

[Read: The right way for a guy to respond like a grown-up when a girl ignores him]

Do girls ignore a guy when they like them?

Now, let’s be honest for a moment and get this out of the way. Most guys assume *wrongly* that when a girl is ignoring them, it usually means she likes the guy. But almost always, the opposite is true.

If a girl is ignoring you, it usually means she doesn’t like you, and is secretly hoping you’d stop pursuing her because she doesn’t want to take on the stress and burden of turning you down. [Read: Why most guys fall harder for a girl when she ignores them]

Of course, on the other hand, there are a few instances when a girl may ignore you, and still want your attention. On the rare occasion when this is true, you WILL find other signs to back this up for you.

And most importantly, she may try to make you jealous.

But unless you’re seeing some very strong signs that she also likes you, and is only ignoring you to get your attention, you need to understand that the odds are not in your favor.

If a girl ignores you, almost always, it’s because she wants you to stop pursuing her.

So when she’s ignoring you, it’s time you back away for a bit and use the tips we’ve given here to win her attention the right way this time. And who knows, she may just start craving for your attention soon enough!

[Read: The raw psychological effects of being ignored by someone you love]

Why girls sometimes ignore guys who keep trying and trying

Some girls don’t like to let a guy down. They get really uncomfortable with the idea of rejecting a guy so instead, they just ignore the advances. This is a really good reason girls may be ignoring you and sometimes you just have to give up.

However, that’s not always the case. Some girls have no idea you’re even trying for them.

If a girl is ignoring you and is refusing to give you a chance, you may have to try a little harder. Maybe she just wants you to make an effort and show her you’re serious about her. Here’s what to do if a girl just won’t pay attention to you.

Sometimes girls need a really big gesture to notice you. A great way to do this is to prove your affection for her. Write her a love note or a poem or something you know she’ll like.

You can also make her something by hand if you’re crafty. No matter what you do, it needs to be big, public, and show her you’re serious about her.

2. Give her some space

On the opposite end of the spectrum, just stop your advances altogether. Make her see that you can move on if she won’t give you the attention you want. Some girls just really like having all of your efforts.

When she sees that you’ll drop her and stop talking to her, she’ll start to address you. She’ll stop ignoring you if you start ignoring her. [R

3. Give another girl attention

This is an even better way to get her attention. When a girl ignores you, she might just be doing so because she knows you won’t go away. So you’ll continue to give her all of your affection. It makes her feel good.

When you stop and turn your attention on someone else, she’ll get very jealous. Once she sees you going after another girl, it’ll make her notice you and she may even approach you. Make sure she sees you flirt because that’ll make the biggest difference.

If you’re honestly confused or if she has suddenly started to ignore you out of the blue, just ask her why. Tell her you don’t understand what happened and will stop if she just explains herself.

Most of the time, she will. And if you really aren’t sure what upset her enough to make her ignore you, then it could possibly be a misunderstanding. Talking about it and solving the problem can fix things and she’ll stop ignoring you. [Read: Are you boring her? 20 signs she’s clearly not interested in you right now]

5. Ask her friends why

If she refuses to tell you what’s wrong. Go to her friends. A girl’s friends usually won’t hold back when it comes to something you did wrong. This is another case where you may not have done anything wrong at all.

When a girl ignores you, just casually walk up to her friend and ask why she’s upset with you. Just be aware that sometimes her friends may not know and she may not even have a reason in the first place.

If you’re trying to get with a girl and you’re coming on too strong, it’ll look desperate. Telling a girl you’d do anything for her and acting like she’s the only girl for you in the entire world will not work.

If anything, that’ll make her run away faster and ignore you even more. Instead, pull back a little bit and avoid saying anything about her being the only one for you. It’ll make you look less desperate and in turn, more appealing to her. [Read: 9 effective ways to stop being so needy and desperate]

7. Text her something she needs to respond to

If she refuses to answers your text messages, send her something she can’t refuse. Asking a question is a great way to do this. You can even bait a response by offering up tickets to a concert or something you know she likes.

8. Show her you have a connection

By pointing out a reason you two should be together, it’ll make her more likely to give you a chance. You can talk about a band you know she likes or a hobby you share with her.

The key here is to be honest. If she finds out you were lying just to get her to talk to you, she’ll be mad. She’ll also just ignore you even more if she finds out you’re a total liar. [Read: What do girls like in a guy? The 30 traits that make or break you as a good catch]

Yes, looks do matter. As much as we like to believe they don’t, you can’t really form a relationship with someone who isn’t physically attracted to you. It’s not the most important part of a relationship but it’s what gets you in the door.

And that means you need to be a little cleaner and well kept. So take a shower, keep your self well groomed, and show her that you can look pretty damn good. [Read: 13 physical attraction tips to look way hotter]

If all else fails, she’s probably just not interested. It won’t do you any good to continuously pursue someone who really, really doesn’t want you to.

If could also make her very creeped out. Don’t make her think you’re a desperate, creepy person. Get out while you’re ahead and accept the fact that she’s just not that into you.

READ MORE:  3 Reasons Why Falling In Love Is Very Hard