The Sweet Lowdown: Exposing the Unhealthy Truth About Sugar 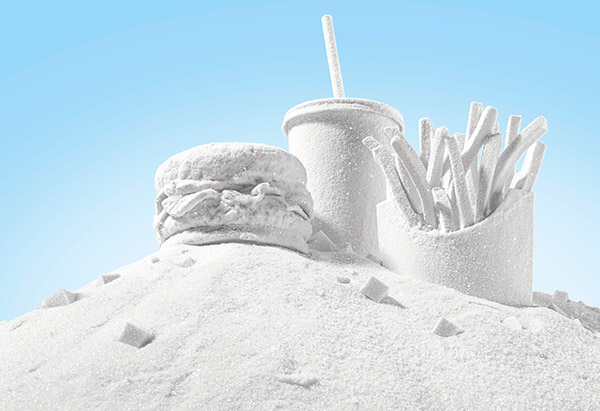 What the doctor leading the charge against one of our biggest dietary enemies—sugar—wants you to know.

When you hear about a viral video on YouTube, you hardly expect it to feature a pediatric endocrinologist giving a biology lesson on high-sugar diets. But in the three years since the lecture “Sugar: The Bitter Truth,” by Robert Lustig, MD, was uploaded to the site, it’s had more than 2.9 million views and made Lustig, director of the University of California, San Francisco’s Weight Assessment for Teen and Child Health Program, the pied piper of healthy eating. Now, in his new book, Fat Chance: Beating the Odds Against Sugar, Processed Food, Obesity, and Disease, he explains why he believes the massive amounts of sugar and processed food we consume each day are making us not only fatter but sicker, too. Today’s generation of American children may end up being the first with a shorter life expectancy than their parents, but the problem isn’t confined to the young: Obesity-related conditions like type 2 diabetes and heart disease are now among the leading causes of preventable death in adults. We talked with the doctor about how our diet is harming us—and how we can take back our lives.

Q: Was there something particular that inspired you to spread the word about the dangers of sugar and processed food?

A: In 2003 a 6-year-old named Juan came into my clinic in California. He weighed 100 pounds—he was wider than he was tall. I asked his mother what he was eating and drinking, and among other things she said he consumed many glasses of orange juice every day—which she thought was healthy. But when you’re drinking glass after glass of orange juice, you’re getting a lot of sugar with no fiber to help limit its absorption. Having to explain to Juan’s mom that eating fruit like oranges is good but drinking sugary juices in large quantities is bad made me realize that someone needed to dispel our food myths in a way people will understand.

Q: Roughly 80 percent of all packaged foods in the United States contain added sweeteners. Sugar is everywhere—is it all that bad?

A: The problem is “refined sugar”—that is, the stuff like high-fructose corn syrup and regular table sugar, made up of glucose and fructose—which has been stripped of any nutritional value. Processed food is full of refined sugar, and it has detrimental effects: The fructose in it gets turned into liver fat, which can prevent the liver from processing insulin properly. This may lead to insulin resistance and metabolic syndrome, which puts you at greater risk for type 2 diabetes, cardiovascular disease, and stroke.