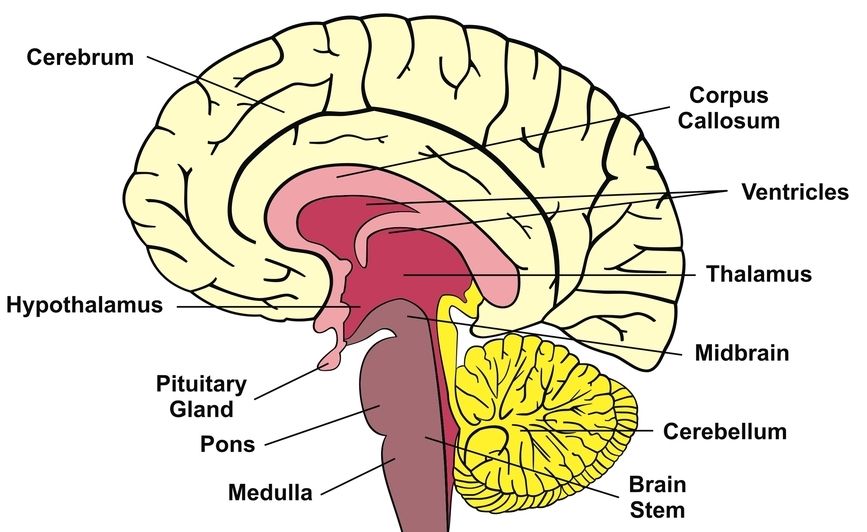 More than 50 conditions can cause or mimic the symptoms of dementia, and a small percentage of dementias are reversible. Two common examples are dementia caused by vitamin B12 deficiency or an underactive thyroid (hypothyroidism). Getting the right diagnosis is important so that you know what options you have, because symptoms subside when the underlying problem is treated.

Distinguishing between types of dementia

For physicians and families intent on pinning down a diagnosis, one major complicating factor is the existence of so many kinds of dementia. More than 50 conditions can mimic or cause dementia.

In some types of dementia, treatment will improve mental functioning, and in a small percentage, the dementia is completely reversible if treatment begins before permanent brain damage occurs. That’s why it is important to report to a doctor any signs of dementia as early as possible.

Reversible dementias are often easier to diagnose than irreversible dementias because they are usually accompanied by other, obvious symptoms. In the following conditions or situations, however, dementia may be the primary, or even the only, symptom. Proper treatment may improve or even restore cognitive functioning.

Delirium causes changes in mental functioning that can closely resemble dementia, but there are two important differences:

Delirium is considered a medical emergency, in part because it’s often the main expression of a sudden, life-threatening illness. Elderly people are also susceptible to delirium after surgery.

Medications are common culprits in mental decline. With aging, the liver becomes less efficient at metabolizing drugs, and the kidneys eliminate them from the body more slowly. As a result, drugs tend to accumulate in the body. Elderly people in poor health and those taking several different medications are especially vulnerable.

The list of drugs that can cause dementia-like symptoms is long. It includes:

People sometimes manifest dementia-like symptoms—forgetfulness, disorientation, inattentiveness, and slowed responses—when they are depressed. This so-called pseudodementia can masquerade as the depression that often accompanies Alzheimer’s disease, but there are subtle differences.

Usually the B12 deficiency that underlies pernicious anemia is not caused by a lack of B12 in the diet. That’s because this vitamin is plentiful in eggs, dairy products, meat, fish, and poultry, and it’s efficiently stored in the liver.

Instead, a B12 deficiency usually occurs because an individual can’t absorb the vitamin from food. Fortunately, B12 injections, if started early, can remedy the deficiency and alleviate the symptoms of pernicious anemia.

Hydrocephalus (“water on the brain”) is an excess of cerebrospinal fluid around the brain. The fluid is secreted by the ventricles (cavities in the center of the brain). It circulates around the spinal cord and is absorbed by veins on the external surface of the brain.

Congenital hydrocephalus is usually diagnosed shortly after birth, but normal-pressure hydrocephalus occurs in a small number of elderly people. This condition can result from head trauma, brain hemorrhage, or meningitis (inflammation of the membrane covering the brain), but most cases occur spontaneously without an obvious preceding illness.

In addition to developing dementia, people with this condition lose bladder control and walk in a slow, hesitant manner, as if their feet are stuck to the floor. A surgically implanted tube (shunt) that drains fluid from a cavity in the brain (the lateral ventricle) to the jugular vein or to the abdomen brings rapid improvement, provided treatment is started soon after the symptoms appear.

Brain tumors may be malignant (cancerous) and therefore capable of invading surrounding tissue. Or they may be benign (self-contained).

Brain tumors can interfere with cognitive functioning and cause personality changes. Depending on their location, they can trigger other symptoms, such as headaches, seizures, or vomiting.

Hematomas are blood clots caused by bruising. When they are located in the subdural area, between the brain surface and the thin membrane that covers it (the dura), they can cause symptoms that mimic Alzheimer’s disease. Such subdural hematomas can also be life-threatening, causing coma and death.

Most subdural hematomas are caused by severe head trauma sustained in automobile crashes.

But elderly people sometimes develop subdural hematomas after a very minor (and, therefore, often forgotten) head injury. As blood oozes into a closed space, the hematoma enlarges and begins to interfere with brain function.

Removing the clot within weeks of the injury may restore mental function. However, the symptoms often evolve so slowly that diagnosis is delayed for months.

An overproduction of thyroid hormones (hyperthyroidism) is commonly caused by Graves’ disease, while an underproduction (hypothyroidism) usually results from Hashimoto’s thyroiditis. Both disorders can cause dementia-like symptoms.

Wernicke-Korsakoff syndrome, an irreversible state of confusion and amnesia in alcoholics, results from thiamine deficiency due to long-term malnutrition. But consuming excessive amounts of alcohol for a decade or more can also cause impaired thinking that resembles Alzheimer’s disease.

In dementia due to alcoholism, memory, orientation, and attention deteriorate, although verbal skills are not always severely affected. In this type of dementia, abstinence may partly restore mental functioning.

Although there are many causes of irreversible dementia, the following conditions are among the most common. In some cases, prompt treatment can prevent further damage, but lost cognitive functioning cannot be restored.

Alzheimer’s is distinguished from other dementias at autopsy by the presence of sticky beta-amyloid plaques outside brain cells (neurons) and fibrillary tangles within neurons. Although such lesions may be present in any aging brain, in people with Alzheimer’s these lesions tend to be more numerous and accumulate in areas of the brain involved in learning and memory.

The leading theory is that the damage to the brain results from inflammation and other biological changes that cause synaptic loss and malfunction, disrupting communication between brain cells. Eventually the brain cells die, causing tissue loss (see illustration). In imaging scans, brain shrinkage is usually first noticeable in the hippocampus, which plays a central role in memory function.

The hallmark symptom of Alzheimer’s is difficulty in recalling new information. As Alzheimer’s progresses, the following may occur:

Alzheimer’s is severely debilitating, and death usually occurs within three to nine years after it is diagnosed. Five drugs have been approved for treating Alzheimer’s, but they alleviate symptoms only slightly.

Some cognitive problems stem from insufficient blood flow to portions of the brain. The decrease in blood flow is often the result of atherosclerosis (the accumulation of fatty deposits on artery walls) in the blood vessels that feed the brain. The resulting interruption of blood flow creates areas of dead tissue.

These events—which are in fact tiny strokes—often go unnoticed, because each one damages just a small part of the brain and doesn’t cause long-term impairment. But the cumulative damage can lead eventually to large areas of dead brain tissue, and symptoms such as confusion, impaired thinking, slurred speech, and paralysis may arise.

People with vascular dementia usually have one or more of the following risk factors:

The classic symptom of vascular dementia is an abrupt mental change, sometimes accompanied by paralysis or slurred speech. The mental deterioration proceeds in a “stairstep” pattern—a person suffers a sudden cognitive decline, the decline levels off, and then new strokes cause another sudden decline.

Frontotemporal lobar degeneration. This group of diseases, formerly called Pick’s disease, is characterized by atrophy of the front part of the brain, including the frontal and temporal lobes. It is often confused with Alzheimer’s disease because the symptoms are sometimes identical. Some experts believe it may be the second most common dementia, after Alzheimer’s disease.

Parkinson’s disease. This is a movement disorder resulting from a deficiency of dopamine, a neurotransmitter involved in coordinating muscle activity as well as memory function.

Its hallmarks include tremors, rigid limbs, and difficulty starting or stopping movement. Mild cognitive problems are common early in the disease, and dementia occurs in 30% to 80% of Parkinson’s patients in the late stages.

Some people with Parkinson’s disease develop dementia because they also have Alzheimer’s disease. In other cases, the dementia is associated with hallucinations and appears to be linked to damage in the limbic and cortical areas of the brain. This variant of Parkinson’s is called Lewy body dementia.

Huntington’s disease. Huntington’s disease is a rare inherited disorder linked to an abnormal gene on chromosome 4. Its symptoms include involuntary writhing movements and dementia, and they often begin between the ages of 20 and 40.

Mental disturbances may occur before or after physical problems appear, and people are often difficult to care for because of their irritability, aggressiveness, and erratic behavior. Medications can control the movement and mood disorders, but they don’t stop the disease from progressing.

Virtually any infectious agent that attacks the central nervous system can cause dementia.

Creutzfeldt-Jakob disease. This is a rare, rapidly progressive dementia caused by a type of infectious agent called a prion. The initial symptoms are fatigue and subtle changes in behavior. Typically, the disease progresses to movement problems, seizures, coma, and—within a year—death.

AIDS dementia. This form of dementia occurs in people with AIDS. The dementia can develop rapidly, sometimes in a matter of weeks, and consists of forgetfulness, inattentiveness, and thinking difficulties.

Neurosyphilis. Before the introduction of penicillin, up to 30% of dementia patients admitted to mental institutions had neurosyphilis. This disorder, which develops about 15 years after syphilis infection, is now rare, because syphilis is typically treated before it reaches that point.

Will you help You keep HelpGuide .

One in four people will struggle with mental health at some point in their lives. And with the coronavirus pandemic and troubled economy, many are in crisis right now. More than ever, people need a trustworthy place to turn to for guidance and hope. That is our mission at HelpGuide. Our free online resources ensure that everyone can get the help they need when they need it—no matter what health insurance they have, where they live, or what they can afford. But as a nonprofit that doesn’t run ads or accept corporate sponsorships, we need your help. If you have already contributed, thank you. If you haven’t, please consider helping us reach those who need it:

READ MORE:  Coronavirus: Why South Africa has yet to roll out vaccines By Peter Mwai