According To Scientists, You Can Boost Your Happiness By Spend Talking On The Phone. 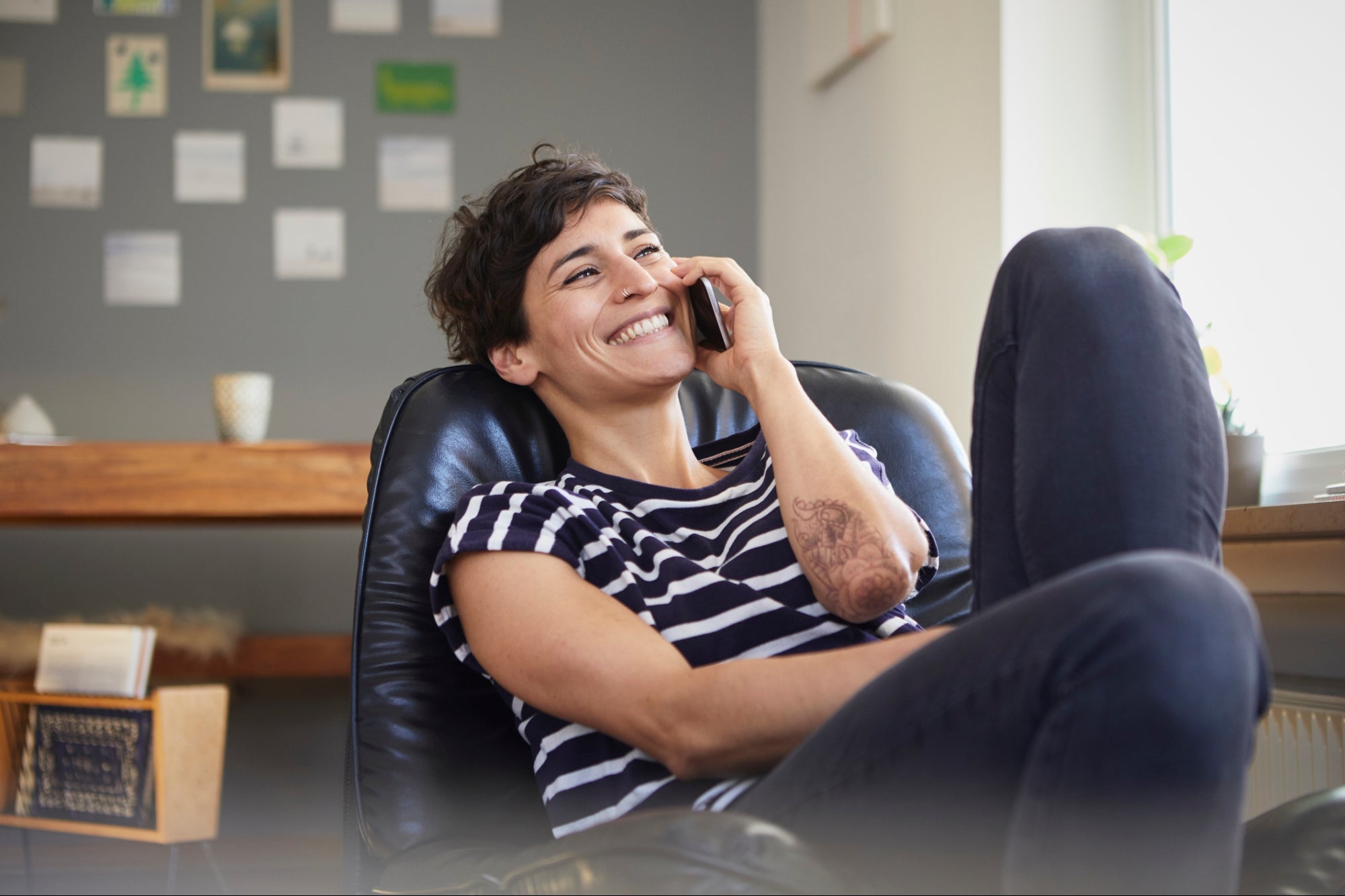 Research suggests that most people would be happier if they were honest about how much time they wanted to spend talking on the phone.

A recent study revealed that most people would rather end their phone conversations sooner than they do, and it’s negatively impacting their happiness.

According to the Guardian, U.S. researchers looked into just over 900 conversations between family and friends and between strangers. The scientists concluded that at least one person in every conversation, more often than not, wanted to stop talking before the other did — regardless of who the parties were and what the topic was.

Related: How to Create Multiple Happiness Streams in Your Life

“Results showed that conversations almost never ended when both conversants wanted them to and rarely ended when even one conversant wanted them to and that the average discrepancy between desired and actual durations was roughly half the duration of the conversation,” the study’s authors explained in the journal Proceedings of the National Academy of Sciences (PNAS). “Conversants had little idea when their partners wanted to end and underestimated how discrepant their partners’ desires were from their own.”

Because many people are currently limiting physical contact with one another amid a pandemic, the urge to maintain communication appears to have never been higher. In fact, a PC Mag survey found that, last year, over 50 percent of its 3,000 respondents used their phones for messaging while 40 percent used them for calls (just 27 percent of respondents used their phones for social media purposes).

The latest PNAS study, however, indicates that the average person is willing to spend only a certain amount of time on the phone with someone else. Researchers further found that those who talk on the phone longer than desired did so out of kindness or politeness.

Still, staying on the phone for an unnecessarily extended period of time might actually hurt one’s happiness level, especially when the person is ready to tune out, Paul Dolan, a behavioral science professor at the London School of Economics, told the Guardian.

“Managing expectations is one of the key components to happiness … often things fall apart when we haven’t properly communicated our expectations to somebody,” he said. “I’m hesitant to tell you that I’ve got 20 minutes to talk to you because I don’t want to appear rude, but, actually, it’s just going to make that conversation so much better for both of us because we know the rules, we know the terms of engagement.”

As such, it’s probably best to be as straightforward as possible when it comes to how much time you want to be on the phone with someone, Dolan advised.

“I think people value that honesty, more than we think they do,” he told the publication. “There’s a sort of misperception … so we don’t get to the equilibrium that we might otherwise because we want people to be telling us, but we don’t tell them.”