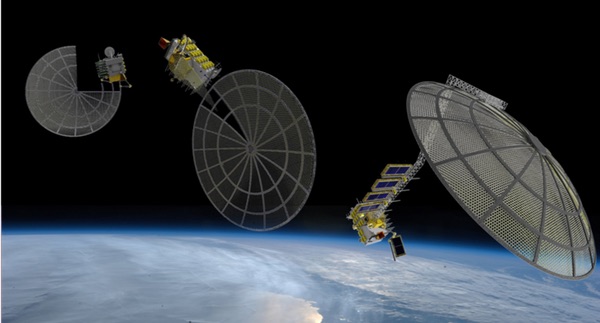 The mass of plasma roiled above the magnetic North Pole for about eight hours, raining electrons instead of water.

Scientists have identified a “space hurricane” ― an approximately 620-mile-wide whirling mass of plasma in the upper atmosphere above the magnetic North Pole.

The hurricane occurred in August 2014, but scientists didn’t know it had happened until more recently, when an international team of researchers noticed the phenomenon while studying satellite observations from that time period. The discovery, the first of its kind, was published last month in the journal Nature Communications.

“Until now, it was uncertain that space plasma hurricanes even existed, so to prove this with such a striking observation is incredible,” Mike Lockwood, a space scientist at the United Kingdom’s University of Reading and a co-author of the study, said in a statement.

The hurricane, which went on for about eight hours, would have been visible to the naked eye, but it’s unlikely anyone saw it because it occurred over such a high latitude, Lockwood told USA Today.

However, an illustration from lead study author Qing-He Zhang of China’s Shandong University shows what it may have looked like.

Larry Lyons, professor of atmospheric and oceanic sciences at the University of California, Los Angeles, explained to NBC News why the space plasma swirl was similar to hurricanes those of us on Earth are more familiar with.

“You could see flows of plasma going around, which were like the winds of the space hurricane,” he said. “These flows were strongest at the edge and decreased as you moved toward the eye in the center, before picking up again on the other side, just like the flow of air in a regular hurricane.”

READ MORE:  Effects Of The Internet In Our Society

Changes in space weather can affect things like GPS signals and satellite communications. Researchers suspect that space hurricanes could be relatively common, and have simply been undetected ― until now.

Zhang told Vice that his team had already found other cases in satellite data “showing the space hurricane features.” The published study only describes one, which he referred to as “the best” in terms of how clear it was.