Why Do Some People Are More Prone To Depression Than Others 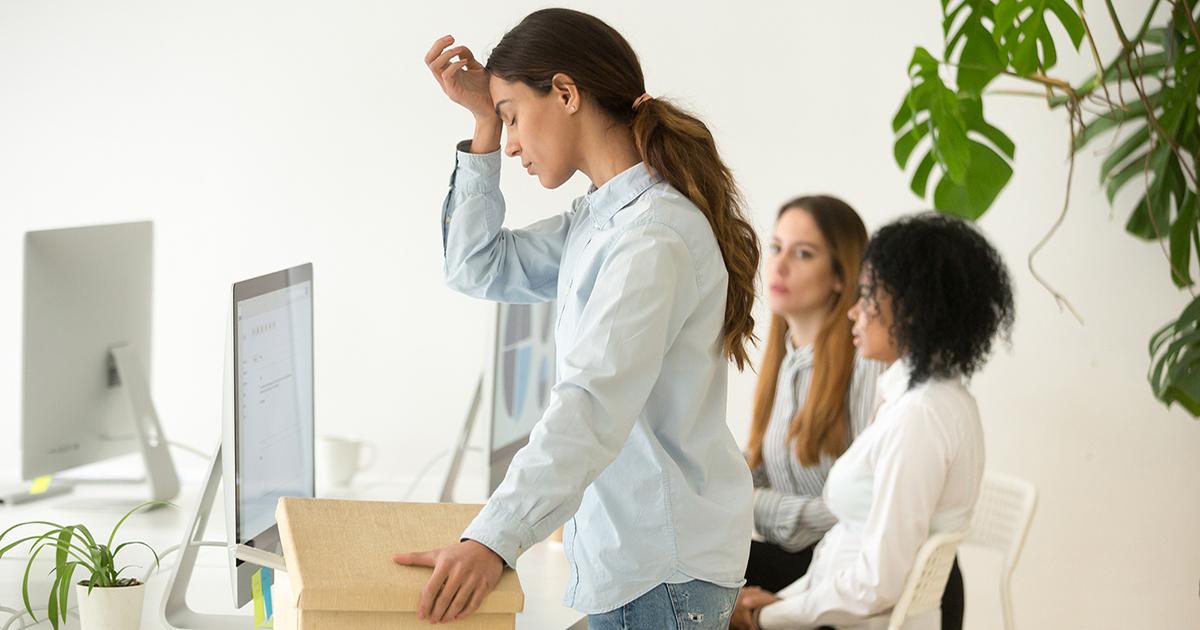 Why do some people experience depression while others don’t—even when under the same circumstances? Figuring out what makes someone more prone to clinical depression continues to be one of the most pressing questions for researchers and mental health professionals.

Although researchers don’t have an exact answer as to why some people are more prone to depression than others, there’s likely more than one causative factor. Research has implicated everything from physical and chemical differences in the brain to social and environmental risk factors.1

The complexity of depression is what makes it a challenging condition to diagnose and treat. Understanding what could make a person more likely to experience depression is the first step in developing prevention and treatment strategies tailored to reduce individual vulnerability to the condition.2

Developing a more complete understanding of the various mechanisms that drive depression could also help researchers get better at predicting who will get depressed as well as predicting how the condition will present over time. 3

With this information, mental health professionals would be better prepared to predict how a person might respond to antidepressants or other forms of therapeutic treatment.

According to the World Health Organization, over 300 million people worldwide live with depression. While the experience of depression is shared by many, the contributing factors will be different for each person with the condition.

There are some factors, like genetics, that you don’t have control over. However, there are others, such as your diet, that can be modified. While making a change won’t necessarily prevent depression, it may help reduce your risk.

Whether you can change them or not, it’s helpful to be aware of factors that could make you more likely to develop depression in your lifetime. Just remember that researchers are still figuring out the role each factor plays. Having one—or even several—of the factors thought to contribute to depression doesn’t mean you will definitely become depressed.

Depression is common in people of all ages, races, gender identities, and socioeconomic status. According to the 2017 report from the National Institute of Mental Health, depression affects approximately 17.3 million people in the United States. And in 2018, the CDC reported that approximately 1.9 million children (ages 3–17) in the U.S. have been diagnosed with depression.

Depression Statistics Everyone Should Know

Some risk factors for depression are rooted in biology.

Researchers don’t agree on precisely how brain chemicals relate to depression, but the connection has been discussed for many decades. Some established theories suggest that low certain levels of neurotransmitters (which the brain cells use to send signals to each other) could cause depression.

Other researchers have proposed that being depressed causes low levels, rather than it being the other way around. The relationship may even go both ways.

The Chemistry of Depression

Researchers know that people who have family members who are depressed are more likely to become depressed. But having a family history of depression doesn’t mean you will experience depression in your lifetime.4 There are still other factors that have to line up in order for a genetic predisposition to result in depression.

READ MORE:  Here Is The Most powerful Women In The World

That said, a large genome-wide study published in The American Journal of Psychiatry in 2019 found that people with a genetic predisposition for major depression have an increased risk for suicide attempts across psychiatric disorders.

If you are having suicidal thoughts, contact the National Suicide Prevention Lifeline at 1-800-273-8255 for support and assistance from a trained counselor. If you or a loved one are in immediate danger, call 911.

Depression is common in people living with chronic illnesses such as multiple sclerosis, type 2 diabetes, and migraines. Research has shown that chronic pain conditions may cause biochemical changes that lead to symptoms of depression.5

A person with chronic pain and illness may become depressed due to their situation, especially when they are facing a loss of quality of life, a reduced level of day-to-day functioning, prolonged pain, and/or death.6

It’s also been shown that people who are diagnosed with one mental illness are more likely to develop another.7 Conditions such as anxiety and depression commonly co-occur. While different mental health conditions may be diagnosed at the same time and can influence one another, they may need to be treated in different ways.

Certain hormonal shifts can increase your risk of depression as well. For example, the hormonal changes associated with the menstrual cycle, pregnancy, giving birth, and menopause can all contribute to depression.

The Centers for Disease Control and Prevention (CDC) estimates that around 1 in 9 women in the U.S. report experiencing postpartum depression. And according to a 2010 study, approximately 4% of fathers report depression in the first year after a child is born.

Environmental factors also appear to play a role in the development of depression in some people.

One of the more well-studied depression risk factors is trauma in early childhood. Adverse Childhood Experiences (ACEs) are known to increase a person’s lifetime risk of developing both mental and chronic physical illness, including depression.9 Research into ACEs is ongoing, but previous studies have confirmed a strong link between specific childhood experiences and depression later in life.

An individual’s ACE score is strongly linked to their risk of mental and physical illness, poverty, and even early death. Risk increases as the number of ACEs increases and a person with four or more ACEs is at the highest risk.

Researchers believe that child abuse may change the brain physically, as well as alter its connectivity structure.10 Studies have also shown that neuroendocrine function may be altered in people who experienced high levels of stress as children.11

READ MORE:  16 Small Ways You Can Improve Your Life in Less than 30 Minutes

According to a 2015 survey from the American Psychological Association, 64% of American adults said money was a significant source of stress in their lives. People living in poverty were twice as likely to have depression compared to those living at or above the poverty level.12

Not only does living in poverty place a person at higher risk for depression but if they are unable to work or do not have access to support and social services, mental illness can make it harder for someone to break out of a cycle of socioeconomic disadvantage.13

Several studies and pilot programs have shown that when people with mental illness were given financial assistance, symptoms of depression and anxiety improved.14

Where a person lives can also have an impact on mental health in a number of ways. For example, some people report they become depressed during certain months of the year, sometimes called seasonal affective disorder (SAD).

There are also studies that cite pollution and other environmental exposures as potential contributing factors to depression.15 For example, some research has linked lead exposure in childhood to poor mental health later in life.

In another study, children who grew up in areas with poor air quality appeared to be more likely to be depressed or be diagnosed with conduct disorder by the time they turned 18.

In addition to biological and environmental factors, social factors such as a person’s personality, experiences of stress and conflict, and even social media can also influence depression risk.

Certain personality traits, including low self-esteem, pessimism, neuroticism, and being self-critical or “a perfectionist” have been associated with a greater tendency toward depression and other mental health conditions, such as anxiety and eating disorders.16

Researchers are especially interested in learning more about a personality trait that may make someone less likely to experience depression. Resilience, or the qualities or traits that make some people more likely to “bounce back” from adverse experiences, may also be key to preventing and treating depression.17

Major life events—including traditionally positive events like getting married or negative events like losing a job—can all create stress. When we are stressed, our cortisol levels rise. One theory is that high levels of cortisol (especially when they are chronically elevated) could affect serotonin levels.18

Work-related stress, in particular, can be a driver of depression. Losing a job is an obvious stressor, but the work environment can also contribute to stress—especially if it doesn’t feel supportive.

According to APA-sponsored polls from 2017, 2018, and 2019, only half of U.S. workers report feeling that they can discuss mental health openly at work.

Conflict at work or school can also make it more likely a person will become depressed. A 2010 study in Japan linked interpersonal conflict at work to depression (particularly among male employees with a higher socioeconomic status).

READ MORE:  Understanding The Planning Fallacy: Why Your Plans Fail

The year before, researchers in Sweden had published a study showing that having serious conflicts with coworkers or bosses, and/or feeling excluded or left out at work, contributed to depression in employees.

The Main Causes of Stress

It’s not just adults who experience conflict away from home: Kids and teens can encounter interpersonal challenges at school that have the potential to affect their short and long term mental and physical health.

A 2017 report from the National Center for Education Statistics found that 20% of students between the ages of 12–18 said they had been bullied at school in the previous year.

According to the CDC, kids who are bullied are more likely to experience mental health problems, including anxiety and depression. They’re also more likely to have physical ailments, particularly headaches and stomachaches. Going through conflicts with friends and/or family may also increase the chances that a person who is prone to depression will develop the condition.19

Grieving is a process that can look and feel like depression, except that it usually follows a particular timeframe beginning with an event (such as the death of a loved one) and gradually moving toward resolution or a stage of acceptance.20

Researchers are learning, though, that bereavement can take on the qualities of a condition similar to clinical depression, particularly in terms of how long it persists (years as opposed to months).21

Complicated grief, as it is often termed, appears to be more likely when someone loses a loved one in a sudden, unexpected, and especially violent way (such as a car accident).22

Additional studies are needed to formally define complicated grief as a distinct condition, but it appears to have a relationship to depression and post-traumatic stress disorder (PTSD).23

The stress caused by a death, major loss, or another life stressor can be enough to trigger an episode of depression in someone who already possesses the tendency towards this condition.

The Difference Between Grief and Depression

While the research is still fairly new and ongoing, many studies have investigated the effect of social media on mental health, especially in young people.24

Several studies have indicated that social media use can trigger depressive symptoms and anxiety through insecurity, comparison,25 “fear of missing out,”26 and bullying/harassment (which, whether experienced in-person or online, raises a child’s lifetime risk for depression).

The research hasn’t been all bad, though. Technology, the internet, and social media may also prove useful for helping to detect and manage depression.29

The Best Online Resources for Depression

Last, but not least, lifestyle factors from the medications you take to your diet can have an effect on your risk of experiencing depression.