6 Ways To Stop Overthinking Everything 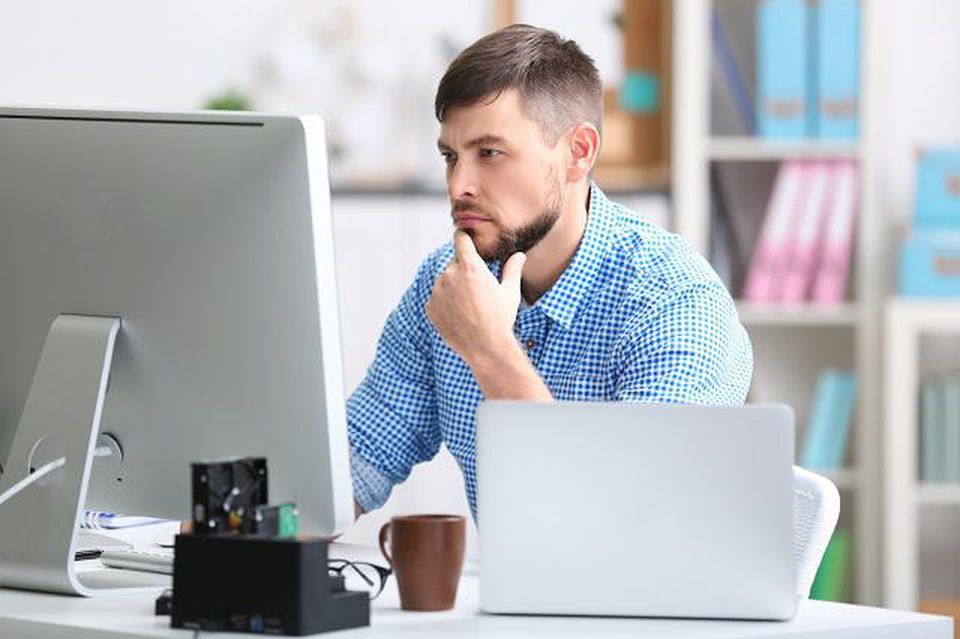 Whether they’re beating themselves up over a mistake they made yesterday, or they’re fretting about how they’re going to succeed tomorrow, over-thinkers are plagued by distressing thoughts. Their inability to get out of their own heads leaves them in a state of constant anguish.

While everyone over-thinks things once in a while, some people just can’t ever seem to quiet the constant barrage of thoughts. Their inner monologue includes two destructive thought patterns — ruminating and worrying.

Ruminating involves rehashing the past. Thoughts may include things like:

– I shouldn’t have spoken up in the meeting today. Everyone looked at me like I was an idiot.

– I could have stuck it out at my old job. I would be happier if I would have just stayed there.

– My parents always said I wouldn’t amount to anything. And they were right.

Worrying involves negative–often catastrophic–predictions about the future. They may think things like:

– I’m going to embarrass myself tomorrow when I give that presentation. My hands will shake, my face will turn red, and everyone will see that I’m incompetent.

– I’ll never get promoted. It doesn’t matter what I do. It’s not going to happen.

– My spouse is going to find someone better than I am. I’m going to end up divorced and alone.

Over-thinkers don’t just use words to contemplate their lives. Sometimes, they conjure up images too. They may envision their car going off the road or they might replay a distressing event in their minds like a movie. Either way, their tendency to overthink everything holds them back from doing something productive.

The Dangers Of Overthinking

Thinking too much about things isn’t just a nuisance. It can take a serious toll on your well-being.

Research says dwelling on your shortcomings, mistakes, and problems increases your risk of mental health problems. And as your mental health declines, your tendency to ruminate increases, which can lead to a vicious cycle that is hard to break.

Studies also show that overthinking leads to serious emotional distress. To escape that distress, many over-thinkers resort to unhealthy coping strategies, such as alcohol or food.

If you’re an over-thinker you likely already know you can’t sleep when your mind won’t shut off. Studies confirm this, finding that rumination and worry lead to fewer hours of sleep and poorer sleep quality.

How To Stop Overthinking

Putting an end to rehashing, second-guessing, and catastrophic predictions is easier said than done. But with consistent practice, you can limit your negative thinking patterns. Here are six ways to stop overthinking everything:

1. Notice When You’re Thinking Too Much

Awareness is the first step in putting an end to overthinking. Start paying attention to the way you think. When you notice you’re re-playing events in your mind over and over, or worrying about things you can’t control, acknowledge that your thoughts aren’t productive.

It’s easy to get carried away with negative thoughts. So before you conclude that calling in sick is going to get you fired, or that forgetting one deadline is going to cause you to become homeless, acknowledge that your thoughts may be exaggeratedly negative. Learn to recognize and replace thinking errors, before they work you up into a complete frenzy.

3. Keep The Focus On Active Problem-Solving

Dwelling on your problems isn’t helpful–but looking for solutions is. Ask yourself what steps you can take to learn from a mistake or to avoid a future problem. Instead of asking why did this happen? Ask yourself what can I do about it?

Stewing on your problems for long periods of time isn’t productive, but brief reflection can be helpful. Thinking about how you could do things differently or recognizing potential pitfalls to your plan, for example, can help you do better in the future.

Incorporate 20 minutes of “thinking time” into your daily schedule. During that time, let yourself worry, ruminate, or mull over whatever you want. Then, when your time is up, move onto something more productive. When you notice yourself overthinking things outside of your scheduled time, remind yourself that you’ll think about that later.

It’s impossible to rehash yesterday or worry about tomorrow when you’re living in the present. Commit to becoming more aware of the here and now. Just like any other skill, mindfulness takes practice, but over time, it can decrease overthinking.

Telling yourself to stop thinking about something can backfire. The more you try to avoid the thought from entering your brain, the more likely it is to keep popping up.

Busying yourself with an activity is the best way to change the channel. Exercise, engage in conversation on a completely different subject, or get working on a project that will distract your mind from the barrage of negative thoughts.