Stop Allowing This One Thing Rob You of Your Morning Productivity 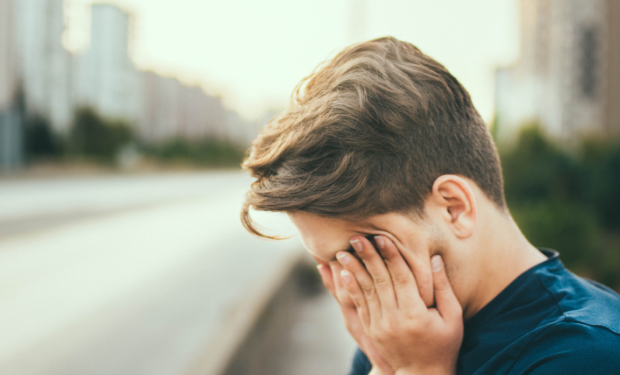 Are you a member of the 5 a.m. club? Have you signed on to the premise that waking up at 5 a.m. will make you more productive, fit, and successful, but found your January goals lagging behind? Do you wake up kind of groggy, but otherwise loaded with great ideas, and find you need to stop the flow of creativity to do the things you “should” do every morning, like work out, meditate, breathe, journal, plan, do gratitude exercises, only to find that once all of that is done your brilliant ideas have floated off into the ether?

You’re not alone. And you shouldn’t feel bad about it, because if this is the case, you’ve likely fallen victim to one of the great paradoxes of the early rise phenomenon: Waking up early to get everything done often means robbing yourself of real productivity.

Getting up early is a great idea. Of course you get extra time while everyone else is sleeping. But to make this time valuable, you need to know why you’re getting up early, and how to use that time to your best advantage.

Motivation is a Finite Resource

First of all, it’s super important to recognize that motivation, like all functions of our psyche, is a physical process in the brain. As such, it’s a limited and finite resource. It goes through peaks and valleys during the day, but is always charged up after a good night’s sleep. That’s why you often wake up feeling ready to take on the world, but by lunchtime you’re down to barely even caring about the most mundane tasks.

If your goal is expressly self-care, then great! Do that in the morning when you’re motivated. But if your goal is productivity, and you know you have your best ideas and highest creative energy first thing in the morning, forcing that creative flow to switch off so you can meditate instead doesn’t make sense. You’re actually burning off your highest motivation of the day and training your brain to NOT be motivated in the morning. I don’t think that’s what you’re going for.

“The secret to productivity is simplicity.” – Robin Sharma

Attention is Even More Finite

Unless you’re a monk, it’s likely that your attention span is even more finite than your motivation. Your ability to stay focused on a single task is already at risk due to the environment of constant distraction we’ve built around ourselves. Purposely driving your attention span away from your most critical tasks, at a point when you’re in your most prime state to focus, doesn’t make practical sense.

If you’re already used to getting up at 5 a.m. (or earlier), but haven’t seen any increase in productivity or creative output, chances are it’s because you’re forcing other “should-do” self-care tasks into that time slot. I’m not saying you shouldn’t take care of yourself. Of course you should! But doing too much in your prime state that isn’t focused on your best energies isn’t helping you either, and may be causing you more stress and self-doubt. So, what’s the solution?

State priming means getting yourself into a physical and mental state to take on the day. This means loosening up from a night of lying down, getting the blood flowing, and getting focused. Get up, do a quick bit of light stretching, and take a few deep breaths. Then, do a quick 10 pushups and squats. It’s not a workout…it’s just an energizing movement. Sometimes I’ll do 10 jumping jacks just for good measure; do these with a motivational mantra or cheer to really drive home the excitement for your day!

Now execute. Grab a pen and paper and jot down the most important ideas running through your head right at that moment. If you’re like me, you wake up with a conversation already going through your mind. Those are ideas. Don’t let them get away!

Scan your task list. What are the most boring, mundane, demotivating tasks you’re going to have to do? Plan those for your slumps later in the day, when your creative energy isn’t needed. If you try to wing it through those slumps when they happen, you won’t get them done. If you know in your mind, “OK, at 10:30 I can just do this like a robot and not think about it,” you can just switch gears and cruise on autopilot for a bit.

Now you can execute. Now, you should have about 60 to 90 minutes to create, execute, or do whatever is in your head with peak energy. This is the time to nail it. When you’re done, you’ll be in a great state of mental clarity to meditate. Your brilliant ideas won’t be rattling around in your head when you’re trying to quiet your mind and breathe. But for right now, you’ve gotta move those big rocks.

“Lose an hour in the morning, and you will be all day hunting for it.” ― Richard Whately

There’s nothing wrong with getting up early, if that’s when you find you can get a lot done. But if you jam that early-morning ritual with “shoulds” that aren’t moving the needle on your business or work, you might not be seeing a great ROI on either list.

Take a step back from your morning ritual, and really examine whether your morning routines and rituals are pushing your goals forward or distracting you from them. When you’re able to channel your morning energy into goal-based or creative tasks instead of ritual care tasks, you’ll be able to take those things off your plate and relax into your self-care routines with a mind that’s feeling clear and accomplished without being stressed and overwhelmed.