Billboard Music Award 2021: What You Need To Know 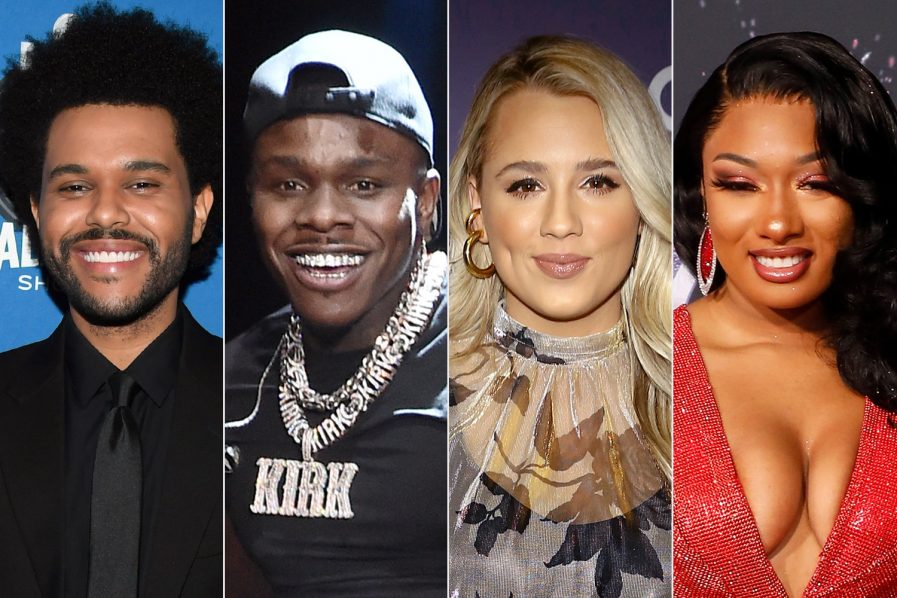 Billboard Music Award 2021: What You Need To Know

The Billboard Music Awards are based on the chart period of March 21, 2020, through April 3, 2021. Two of the 51 categories are fan-voted, including top collaboration and social artist, where Asian acts dominate.

The awards show will air live on NBC May 23 from the Microsoft Theater in Los Angeles at 8 p.m. ET/5 p.m. PT. Last year’s awards took place in October after they were postponed from April because of the coronavirus pandemic.

The man of the hour, The Weeknd, will celebrate his 16 nods with a performance, same as Pink who is receiving Billboard’s Icon Award.

Alicia Keys is marking the 20th anniversary of her debut album “Songs In A Minor” with a performance of a medley of songs from the project. Korean pop group BTS will be debuting their new single “Butter” at the awards show.

Pink will be honored with the Icon award. The “Raise Your Glass” singer is just the 10th person to receive the award. Others who’ve been recognized with it include Stevie Wonder, Michael Jackson, and Cher.

Rapper Trae Tha Truth will be receiving the Change Maker award for his social justice work. The Houston rapper started a nonprofit organization “Angels By Nature” and helps kids in his communities every year on “Trae Day.”

Billboard Music Award’s top artists The Weeknd, who has 16 nominations, and Drake with seven nods, are competing for top artistes.

Other finalists include Taylor Swift and deceased rappers Juice WRLD and Pop Smoke. Excluding Drake, all of the top artist finalists are up for the top Billboard 200 album. Lil Baby rounds out the five finalists.