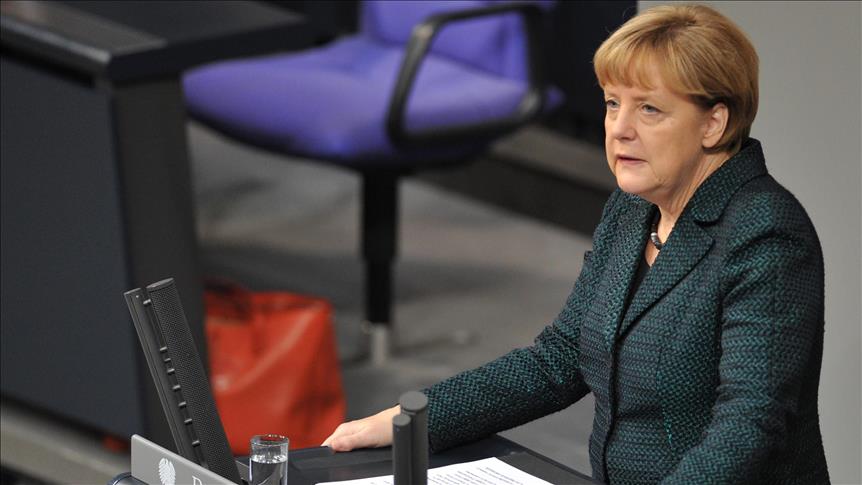 Merkel’s centre-right Christian Democratic Union (CDU) was on track to score its worst-ever results in the southwestern states of Baden-Wuerttemberg and Rhineland-Palatinate, according to exit polls from public broadcasters ARD and ZDF.

Both votes were being closely watched as a barometer of the national mood ahead of a general election on September 26 — when Merkel’s successor will be chosen.

“This is a dark hour for the CDU,” said Die Welt daily.

In wealthy Baden-Wuerttemberg, the CDU slumped to 23 percent, down from 27 percent five years ago.

The Green party meanwhile held on to first place, garnering more than 31 percent of votes, its best result in any regional election yet.

Baden-Wuerttemberg is Germany’s only state run by a Green premier, Winfried Kretschmann, who has been in office since 2011.

He could now choose to maintain his current coalition government with the CDU, or build a new one with the centre-left SPD and the pro-business FDP, which each took around 10 percent of votes.

In neighbouring Rhineland-Palatinate, the CDU placed second with 25-26 percent of votes, down from almost 32 percent in the previous regional election.

The centre-left SPD shed some support but held onto first place, at 33-34 percent, according to the estimates.

The result paves the way for popular SPD state premier Malu Dreyer to continue governing with the pro-business FDP and the Greens, who more than doubled their score.

Because of the pandemic, a higher than usual number of votes were cast by mail, and observers cautioned that the final results could still change as ballots continued to be counted.

If confirmed, the results mark a worrying start for the CDU/CSU to what has been dubbed Germany’s “super election year”.

The drubbing comes after Merkel’s CDU and its Bavarian CSU sister party were roiled in recent days by damaging claims about MPs apparently profiting from face mask deals early on in the pandemic, forcing three lawmakers to step down in quick succession.

The scandal “weighed heavily” on conservatives in the final stretch of the campaigns, said CDU secretary general Paul Ziemiak.

He vowed that the party would show “zero tolerance” towards any politicians caught up in the row.

“Anyone who sought to enrich themselves during the crisis has no place in the CDU,” he said.

German commentators have called the scandal the conservatives’ “biggest crisis” since a slush-fund controversy in the 1990s ensnared former chancellor Helmut Kohl.

Deepening the conservatives’ woes is growing public anger about a sluggish vaccination campaign, a delayed start to free rapid testing and stubbornly high infection rates despite months of shutdowns.

But growing dissatisfaction with the pandemic management has seen nationwide support for the CDU/CSU fall to a one-year low at around 30 percent, recent survey showed.

Germans could perhaps look past the “mask affair”, Der Spiegel weekly wrote, “if citizens felt that the government was doing its job, protecting it from the virus and guiding it through the crisis. But it’s not”.

Observers saying the pandemic missteps could not only risk the CDU/CSU’s chances of staying in government in the September elections, they could also tarnish Merkel’s legacy as she prepares to bow out.

“Crises were always her greatest hour,” said Spiegel. “This time, she doesn’t appear to have the situation under control.”