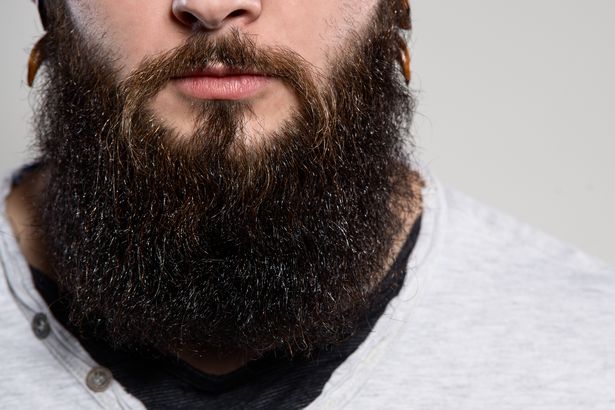 As you’ve probably noticed by now, beards are in. These days, the scruffy look once reserved for mountain men, lumberjacks, and hippies can be seen everywhere from billboards to fashion runways to business conferences. Don’t believe those occasional headlines proclaiming that the end of the bearded era is nigh: while fashion always moves in trends, beards aren’t going anywhere, anytime soon.

Ask anyone who has ever bearded up, and they’ll tell you that life changes once you embrace your inner werewolf. People look at you differently. You feel different. As a whole, the impact that a beard has upon a person’s life is way bigger than you might think, and to back that up, here are some scientific studies that have been done on beards — many of which, one would assume, may have been conducted by bearded men. Here’s what happens when you grow a beard.

YOUR BEARD IS A SKIN CANCER FORCEFIELD

Sunburns suck. But similar to how the hair on your head protects your scalp from turning cherry red, beards provide the same level of defense for your chin, cheeks, and upper lip. So if you get burnt, and then shave, you might have a paler “beard shadow” left over, which would look pretty silly … but on the other hand, this also means that your beard protects you from skin cancer. Pretty swell, right?According to a study by researchers at the University of Queensland, having facial hair reduces your exposure ratios by about one-third, compared to a clean-shaven face, and the ultraviolet protection factor, or UPF, ranged from 2 to 21. For those who aren’t science geeks, this means a beard protects you from about 90-95 percent of dangerous ultraviolet rays that would hit your face, thereby significantly lowering your risk of getting skin cancer on your face. Voila! Still, unless you’re growing beards on your forehead, forearms, and neck, don’t ditch the sunscreen.

SAVE TIME BY DITCHING SHAVE TIME
Shutterstock
Hey, you’ve only got a short time left on this Earth, and do you really want to spend 3,350 hours of it standing in front of a mirror, scraping sharp metal against your cheeks? Didn’t think so. Lest you claim that this whole “3,350 hours” business was pulled out of thin air, that number actually comes from the New York Times, and it’s a fair estimate for how long the average man spends shaving during his lifetime. No matter how hard, how often, or how aggressively you shave, your bristles will grow back a little every day. Now zoom in one all those little facial hairs and picture them as a forest of tree trunks: The perpetual act of chopping them down, day after day, seems like a lumberjack’s endless existential nightmare.

Strange visions aside, the fact is that kicking shaving to the curb will restore over 3,000 hours to your life, so you can finally take on that project you’ve been dreaming of. Or at the very least, you can watch some more TV.

READ MORE:  Genetics and Addiction: Is Alcoholism Hereditary or Genetic?

YOU BECOME MORE ATTRACTIVE
Shutterstock
Attraction is a matter of taste, and everyone likes different things. But when it comes to monitoring general trends, research shows that a good, healthy beard makes a guy seem more attractive right now to the majority of people surveyed. The New York Times cites a study conducted by the University of Queensland, where over 8,000 heterosexual women were asked about surveyed regarding men’s attractiveness. Results varied, of course — for example, 5 o’clock shadows were seen as better one-night stand propositions, whereas men with fuller beards were assessed as better long-term partners — but on average, the majority of surveyed women preferred guys with some scruff. Another study surveyed gay men and found that they also gave higher ratings to men with a healthy amount of whiskers. If you mostly want to join the beard club to level up your romance game, science is on your side.

THIS IS WHY SANTA CLAUS HAS A BEARD
Shutterstock
Guys who live in wintry climates always seem to sprout bushy beards, and that’s because having that extra layer of insulation does exactly what you think it would. According to Anthony M. Rossi, a dermatologist interviewed by the Wall Street Journal, wintertime beards are essentially all-natural scarves. According to Popular Science, these hairy scarves keep the skin underneath 1 degree warmer than it is in unguarded areas, which might sound small but definitely makes a big difference. Some researchers have even proposed that the entire evolutionary purpose of the beard was to keep the face warm, though if this was the case, it makes you wonder why most women don’t also have beards.

Either way, if you ever decide to sign up for a seasonal job in Antarctica, or are simply terrified of making it through your next New England winter, it’s probably time to grow out some thick whiskers.

ROUGH ON THE OUTSIDE, SILKY SMOOTH ON THE INSIDE
Shutterstock
Never judge a book by its cover. Beards might look all rough and rugged, but underneath their coarse surface is often a silky smooth baby face. This happens because having a beard actually protects the skin underneath from aging, according to the tabloid Metro, by blocking sun exposure, which results in fewer wrinkles, fewer liver spots, and so on. That’s why when your Uncle Joe shaved his beard for the first time in 40 years, he looked even younger than you. Yeah, it was weird.

Anyhow, the other factor keeping your bearded face so smooth is your sebaceous glands, which are always working to keep your skin oiled up and moisturized, according to Business Insider. People touch their face a lot, so you’d normally be rubbing this oil off pretty regularly, but not if you have a thick beard protecting your cheeks and thus preserving your skin’s oils. So while having a beard might make you look older today, it’ll make you look younger in the future.

READ MORE:  5 important reasonable why the America soap is beneficial to the human skin

THE GERMS ARE A LIE
Shutterstock
The whole “germy beards” scare of 2015 will not be forgotten anytime soon, but for those who missed it, that year saw headlines blow up about a so-called “study” claiming beards carried more … particles than a toilet bowl. Gross, right? Thankfully, Snopes points out that this “research” consisted of merely a couple guys giving some beard swaps to a lab, with one microbiologist’s comments being taken wildly out of context. So don’t worry, beardos: the whole thing was basically an attempt to slander beards, probably by some patchy-stubbled dudes with a bone to pick. Don’t believe the haters: Beards aren’t dripping with horribly infectious germs. (You do have to clean them regularly, of course.)

In fact, the opposite is true. A study published by the Journal of Hospital Infection took samples from 408 male hospital workers, both with and without beards. It goes without saying that health care employees get exposed to some nasty foes, but according to the Independent, it was found that clean-shaven faces were three times more likely to be carrying MRSA — yikes! — than hairy ones. This may be because shaving creates micro-abrasions in the skin, and these little cuts can become perfect bacterial breeding zones.

On the other hand, the study also found that beards might contain a type of bacteria-killing-bacteria which could potentially be developed into powerful new antibiotics. The future is bright and bearded.

THEY DON’T CALL IT A ‘BEERD’ FOR NOTHING
Shutterstock
The one big downside about having facial hair is that food and beverages always seem to get lost in the bushes. When you order a pint of beer, you get used to wiping the foam off your lip every time you take a gulp. You definitely never stop to think about just how much beer might be getting wasted. It can’t be a big deal, right?

Wrong. Because humans are indescribably weird and obsessed with bizarre things, this phenomenon became the focus of a real scientific study in 2000, funded by (you guessed it) Guinness. Yes, really. According to the Guardian, research found that, altogether, about 162,719 pints of Guinness gets lost in the hairy lip bushes of U.K. drinkers every year. Apparently the average whiskered stout fan loses about 0.56 milliliters of beverage in their mustache, and this loss only gets worse with the more facial hair you have. This annoying “beerd tax” adds up, and according to Pacific San Diego, if you drink 180 pints a year, your total yearly loss could be about a pint and a half. What a waste of a good drink!

MAYBE MOVEMBER SHOULD BE MULY
Shutterstock
The best time to have a huge, bushy beard would probably be in November, when embracing your inner Wolverine will both help raise cancer awareness and impress all your fellow No Shave November pals. Apparently nature didn’t get the memo, though. A study published by the British Journal of Dermatology tracked the facial hair growth of 14 men in the United Kingdom, ages 18-39, for about 18 months. Researchers found beard growth tended to peak in the late summer, particularly August and September, and then steadily slowed down over the succeeding months, reaching its most molasses-like pace in January and February. (Apparently the growth rate of thigh hair showed a similar pattern, if you were curious.)

Really, it’s hard to blame those poor little hairs for hiding away in the skin during those months. When heating the house costs thousands and the car is buried in snow drifts, who wants to go outside?

BEARDS CHANGE PEOPLE’S OPINIONS ABOUT YOU
Shutterstock
It goes without saying that growing a beard will change the way you look. However, similar to how dying your hair purple and yellow might raise a few eyebrows, having a beard also redefines people’s impression of you.

Is this good or bad? Depends on your outlook. According to Psychology Today, studies have shown that men with beards are generally regarded as more masculine, dominant, and socially mature. They are also usually regarded as more responsible, older, fatherly figures, at a glance. On the other hand, New Republic cited a 2012 study where men were photographed both bearded and clean-shaven, then told to make a range of expressions. When these photos were shown to other participants, the pictures of bearded “angry” expressions were rated as looking way more aggressive than the angry clean-shaven ones. If you think Marvel’s Thanos was an intimidating dude in Infinity War, just wait until you see his bushy purple beard in Avengers 4.

SO LONG, INGROWN HAIRS!
Shutterstock
Having a beard or being clean-shaven isn’t like flicking a light switch. If you possess the Y chromosome, then nature almost certainly wants you to have a beard, and getting rid of it requires frequent dalliances with a painfully sharp blade. The tragic result of this, according to GQ, is ingrown hairs, bumps, and skin irritation. So if you hate ingrown hairs, stop shaving, and they’ll be a thing of the past.

While most people who shave experience some degree of irritation, the frequency and severity of this problem depends on your skin and hair type (and also your shaving skill). As Vox points out, this is the problem with workplace beard bans, since they marginalize men who possess thicker, curlier types of facial hair. Dealing with ingrown hairs is bad enough, but for many men, frequent shaving can also cause permanent scarring, razor bumps, dark marks, and even infections. 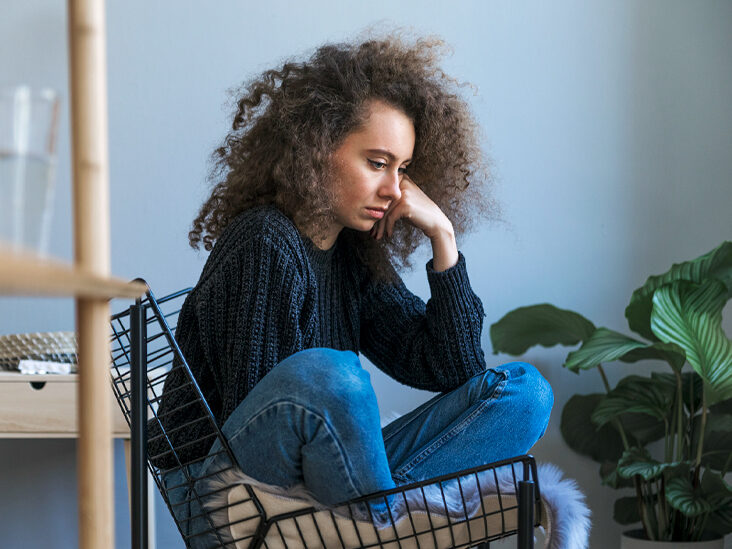 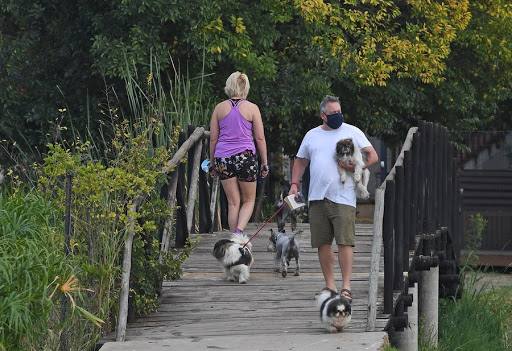 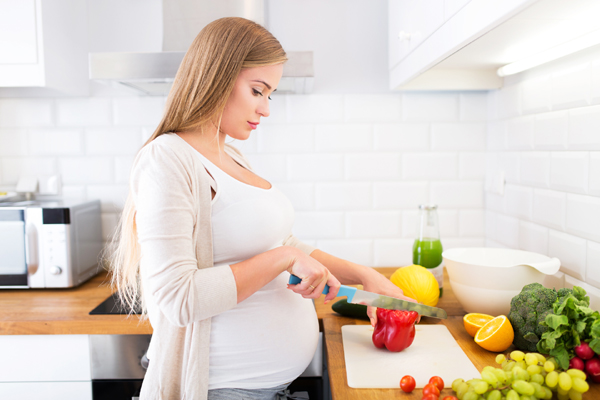