Navalny In ‘Strong’ Pain, Team Fears For His Life: Lawyer 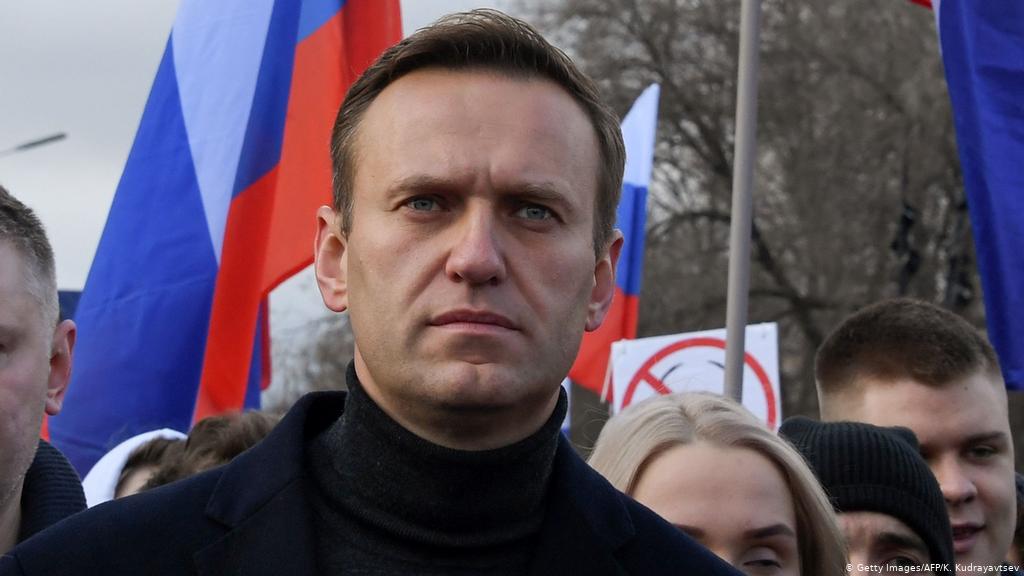 This grab taken from a video made available on January 18, 2021 on Navalny team Youtube page shows Russian opposition leader Alexei Navalny speaking while waiting for a court hearing at a police station in Khimki outside Moscow. – Kremlin critic Alexei Navalny on Monday urged Russians to stage mass anti-government protests during a court hearing after his arrest on arrival in Moscow from Germany.

Jailed Kremlin critic Alexei Navalny is in great pain, his lawyer said Thursday after visiting him in prison, adding that allies feared for his life.

“He is suffering from strong back pain and pain in his right leg,” lawyer Olga Mikhailova said in remarks on Dozhd television, adding that his condition was “extremely unfavourable”.

“Everyone is afraid for his life and health.”

Navalny was jailed earlier this year after returning to Russia from Germany where he had been treated for a near-fatal poisoning with Novichok, a military-grade nerve agent.

Mikhailova said his right leg was in “an awful condition” and he had been in pain for the past four weeks.

“He is losing sensation in his shin, he can’t use his leg,” she added.

Mikhailova said that on Wednesday Navalny had undergone a “strange” MRI examination in a hospital outside the prison but doctors did not release his health diagnosis.

She demanded that he be freed and transferred to Moscow for treatment.

Navalny’s lawyers managed to visit him in his prison in the town of Pokrov some 100 kilometres (60 miles) east of Moscow on Thursday after they were denied a visit to the penal colony the day before.

Earlier in the day the prison service said Navalny was in a “satisfactory” condition.

He was arrested upon his return to Russia in January and was sentenced to two-and-a-half-years in jail the following month. He is serving his sentence outside Moscow, in a penal colony notorious for harsh discipline.

His jailing on old embezzlement charges sparked large protests, an outcry from rights groups in Russia and abroad and condemnation from Western governments.

READ MORE:  Donald Trump's farewell: We did what we came to do