At least 15 Were Killed After SUV, Truck Collide In California 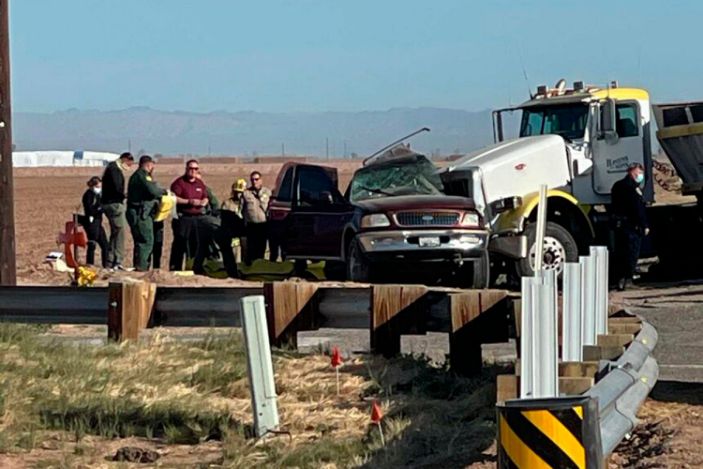 At least 15 people were killed in southern California on Tuesday when a vehicle packed with people collided with a large truck, officials said.

“We believe there was 27 passengers in this SUV that struck a semi-truck full of gravel,” said Judy Cruz, an official from El Centro regional medical center.

She said 14 people died at the scene of the crash near El Centro, California, which is close to the border with Mexico, and another person died after being rushed to the hospital.

At least five other victims of the collision, which was under investigation, were taken by helicopter to other hospitals in the region, Cruz told a press briefing.

The SUV involved in the accident was a Ford Expedition, which would have a legal capacity of about eight people, police told US media.

The first images of the collision broadcast by local media showed a semi-truck crashed into the side of a burgundy-colored SUV that appeared to have California license plates.

The cab of the truck is almost intact but the other vehicle, although still on its four wheels, appears to be badly damaged.