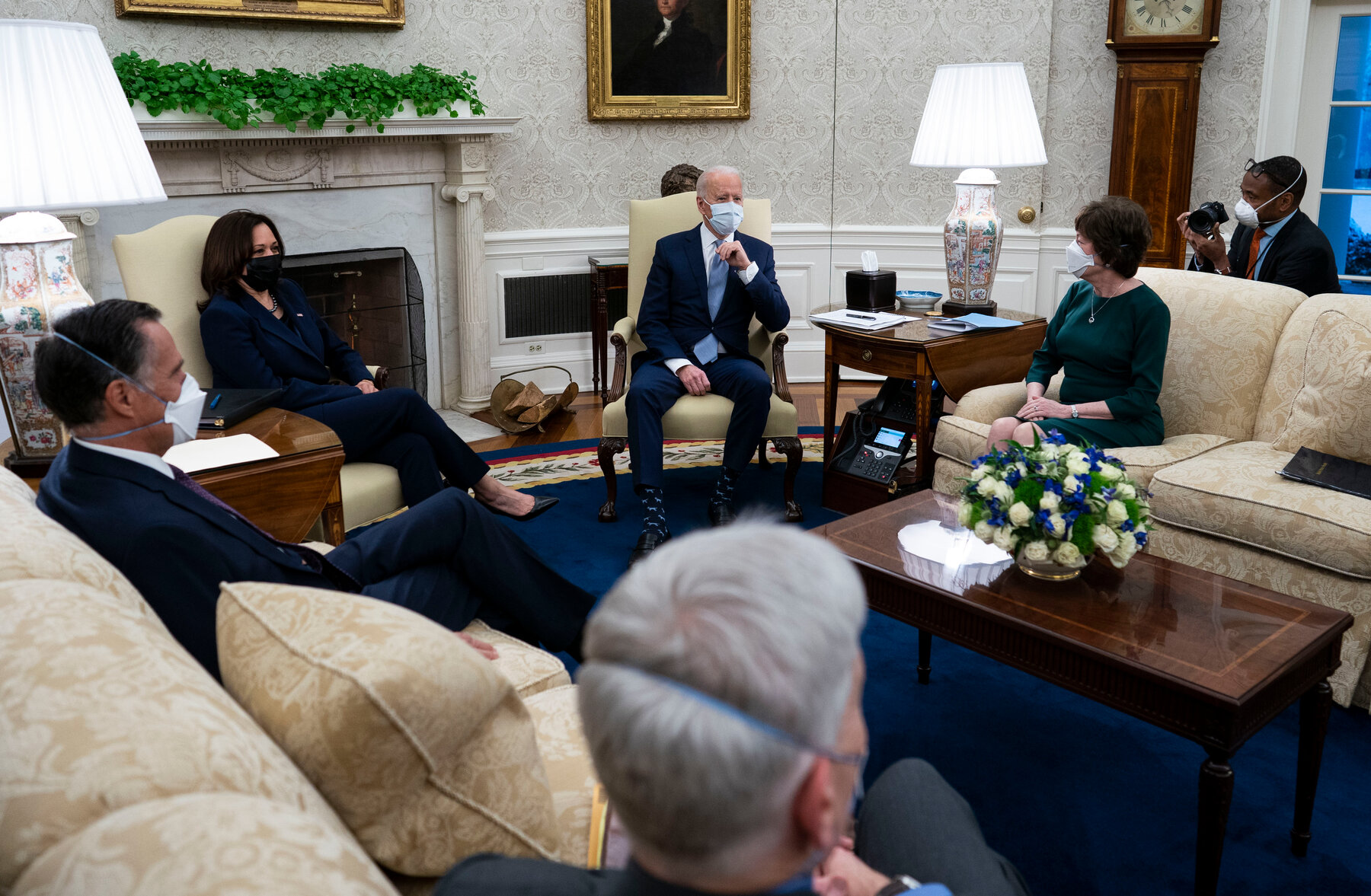 WASHINGTON, DC – FEBRUARY 03: U.S. President Joe Biden meets with Democratic senators to discuss his $1.9 trillion American Rescue Plan in the Oval Office at the White House on February 03, 2021 in Washington, DC. In an effort to generate bipartisan support for his plan, Biden met with Republican senators a day earlier to discuss his COVID-19 relief plan, which Democrats are working to push through Congress with or without the GOP. Stefani Reynolds-Pool/Getty Images/AFP

US President Joe Biden on Wednesday said he expects “some” Republican support for his huge new Covid-19 economic relief package but signaled that Democrats should stay united and push ahead regardless.“I think we’ll get some Republicans,” he said in an Oval Office meeting with Democratic senators.

The package being pitched by Democrats is worth $1.9 trillion and includes $1,400 stimulus checks to Americans hit by the drawn-out pandemic’s drag on the economy. A Republican counter-offer would total only $600 billion.

Biden, who came into office calling for unity in heavily divided Washington, said he was not open to reducing the cash payments, although he said that distribution of the checks could be “better” targeted.

“People need it and frankly they’ve been promised it,” he said in a recording played on CNN of a conference call Biden had with House Democrats.

“I’m not gonna start my administration by breaking a promise to the American people,” he said. 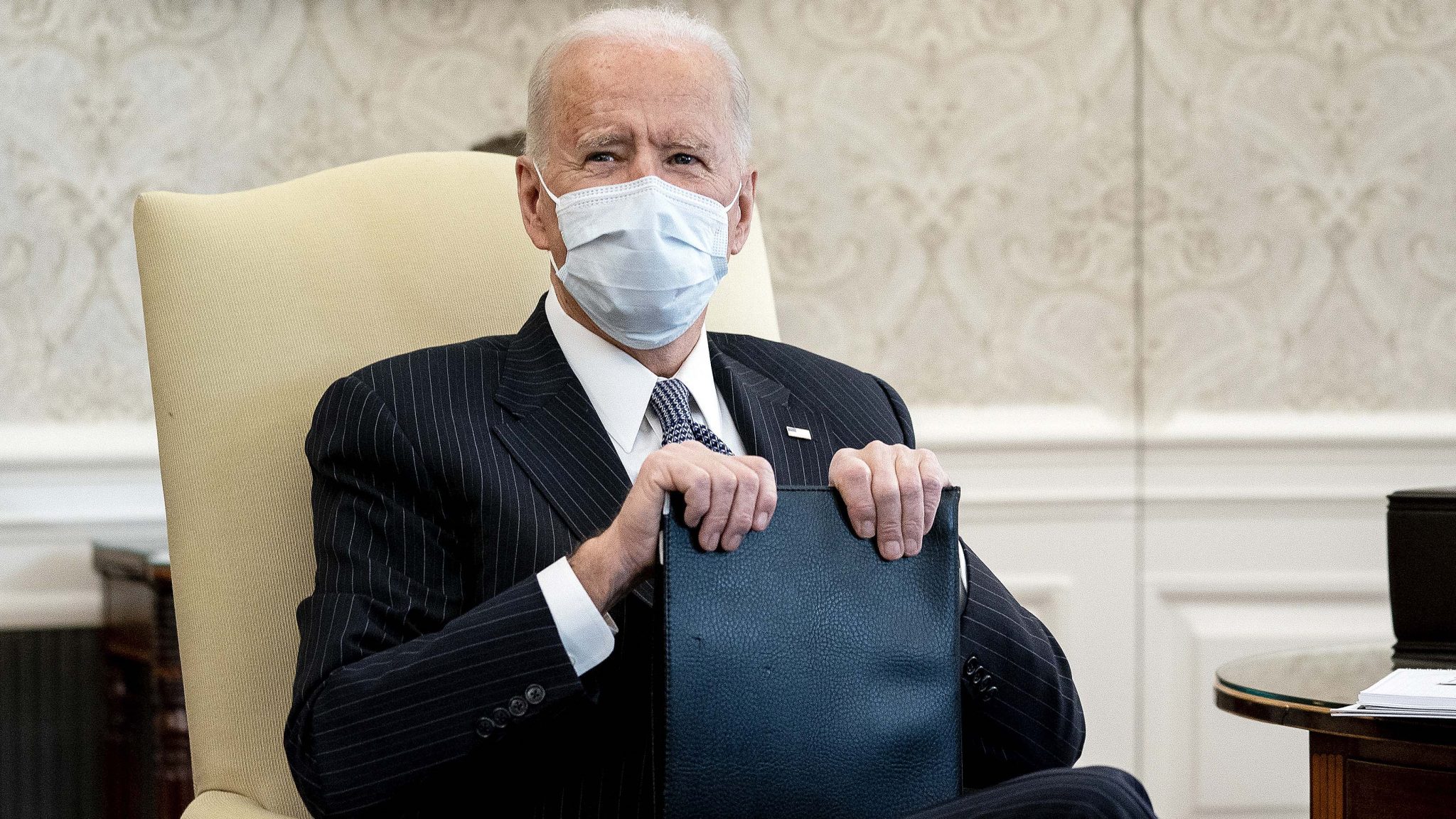 Biden also urged Democrats to stay disciplined in Congress, where they have a narrow majority in the House and are tied with Republicans in the Senate — with Vice President Kamala Harris able to break any 50-50 votes.

“We’re going to succeed or fail together,” Biden said on the recording played by CNN. “So let’s stick together.”

After meeting Biden, Senate majority leader Chuck Schumer said there was “universal agreement” among Democrats for their package, which he said should be “big and bold.”

“We hope our Republican colleagues will join us,” he said.