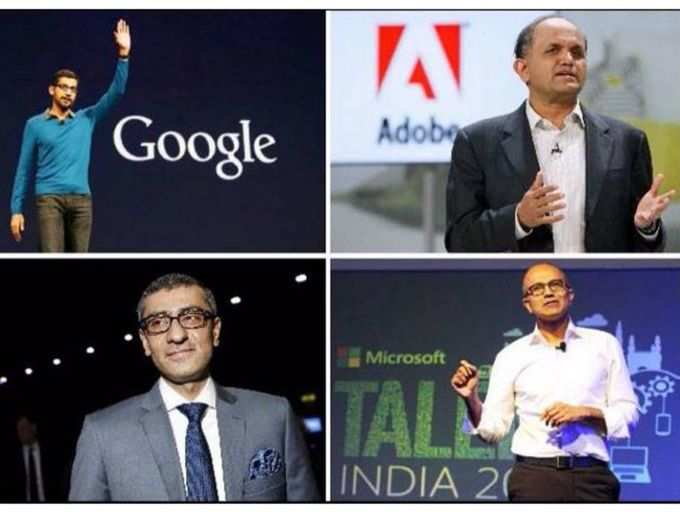 Anjay Mehrotra co-founded flash memory storage company SanDisk in 1988 and has been its CEO since January 2011. He pursued bachelors and masters degrees at University of California, Berkley, and also went to Stanford for executive programme. Mehrotra holds several patents to his name.

Indians for decades have been playing an important role in global technology landscape. Indian IT pros have been an important cog in the machinery running technologly behemoths across the world. In fact, two of the world’s biggest technology companies — Google and Microsoft — are led by Indian-origin CEOs. Other than these two, there are many others who have made an indelible mark on the world of technology.

Here’s a look at 9 India-born CEOs of global technology giants. 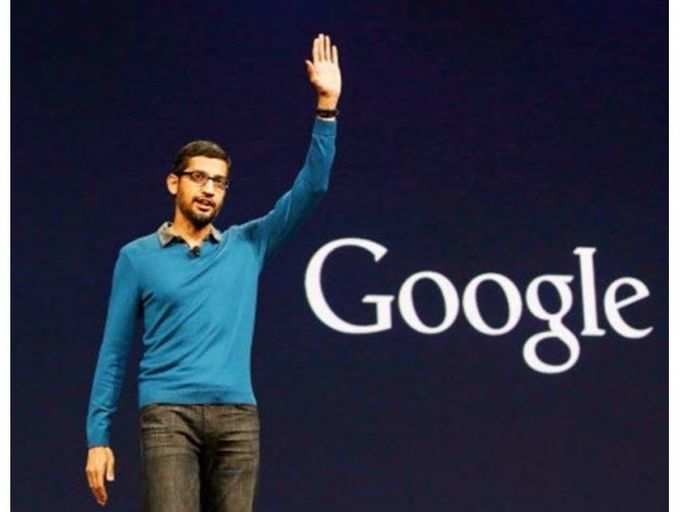 India-born Sundar Pichai was named as Google CEO on August 10, 2015.

The 44-year-old head of Google was born in Chennai, Tamil Nadu and pursued education at IIT Kharagpur (B Tech), Stanford (MS) and Wharton (MBA); at Wharton, he was named a Siebel Scholar and Palmer Scholar.

He is responsible for the launch of the dominant Chrome web browser, and was previously the product head for Android, Chrome, Maps, and other popular Google products. 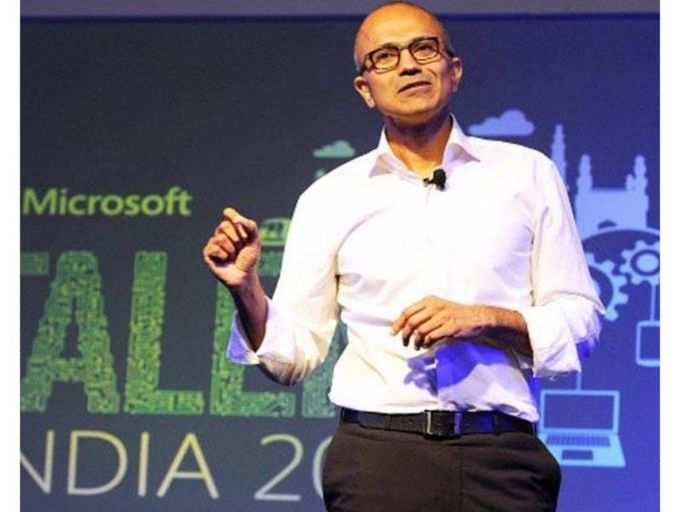 After a 22-year stint with Microsoft, Nadella was appointed as the chief executive officer of the company in February 2014.
He previously held the position of executive vice president of Microsoft’s Cloud and Enterprise group.
The Hyderabad-born 47-year-old has a BE from Manipal Institute of Technology, MS from University of Wisconsin–Milwaukee, and MBA from University of Chicago Booth School of Business.
4/11Rajeev Suri, CEO and president, Nokia 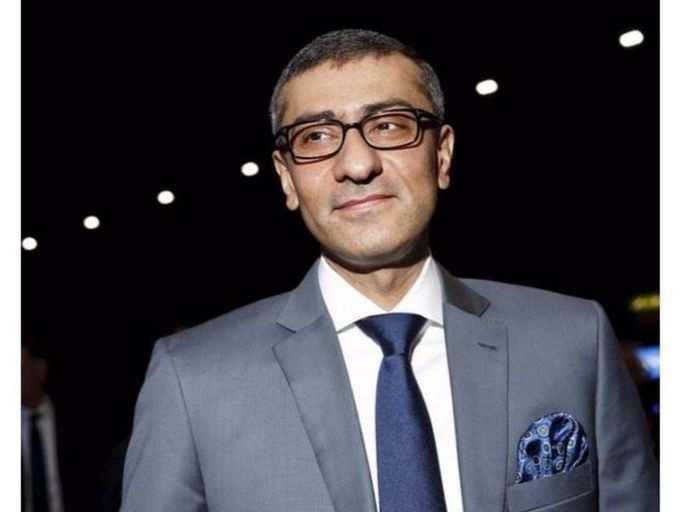 Rajeev Suri joined Nokia in 1995 and held various positions before being appointed as president and CEO in April 2014.
Suri’s ascedancy to Nokia CEO’s position came after Microsoft acquired Nokia’s mobile phone business. Previously, he was the head of the services, Nokia Siemens Networks 2007-2009.
Born in India Suri also holds a B-Tech from Manipal Institute of Technology, but holds no post graduate degrees. 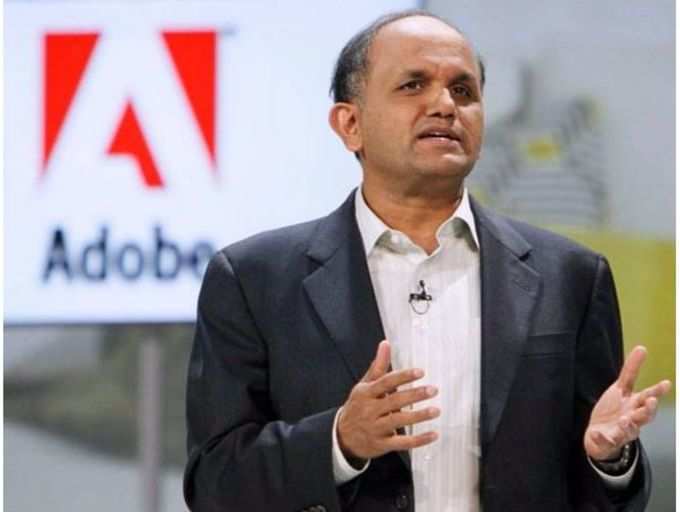 Born in Hyderabad, Shantanu Narayen joined Adobe in 1998 as the senior vice president of worldwide product research and became the COO in 2005 and CEO in 2007.
He holds a Bachelor in Science from Osmania University, an MBA from University of California, Berkley, and an MS from Bowling Green State University.
Narayen held product development roles at Apple and Silicon Graphics before co-founding photo-sharing startup Pictra. A chance encounter between Adobe and Pictra led to Narayen joining Adobe, where rose swiftly through the product ranks.
He was named among the world’s best CEOs by Barron’s MAgazine in 2016.
6/11Sanjay Jha, CEO, Global Foundries 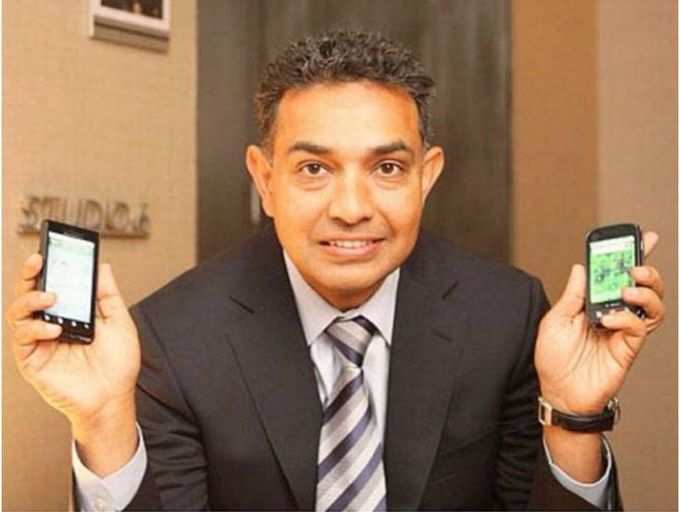 Sanjay Jha took over as CEO of Global Foundries, a semiconductor foundry that produces chips for giants like AMD, Broadcom, Qualcomm, and STMicroelectronics, in January 2014; before that he has served as the CEO of Motorola Mobility and COO of Qualcomm.
He joined Motorola as co-CEO in 2008, while serving simultaneously as CEO of Motorola’s Mobile Devices Business.
Prior to Motorola, Sanjay held multiple senior engineering and executive positions during his 14 years with Qualcomm, ultimately serving as Executive Vice President and Chief Operating Officer (COO) of Qualcomm Inc. from 2006 to 2008.
Jha was born in Bhagalpur, Bihar and holds a BS from University of Liverpool and PhD from University of Strathclyde.
7/11Sanjay Mehrotra, Sandisk 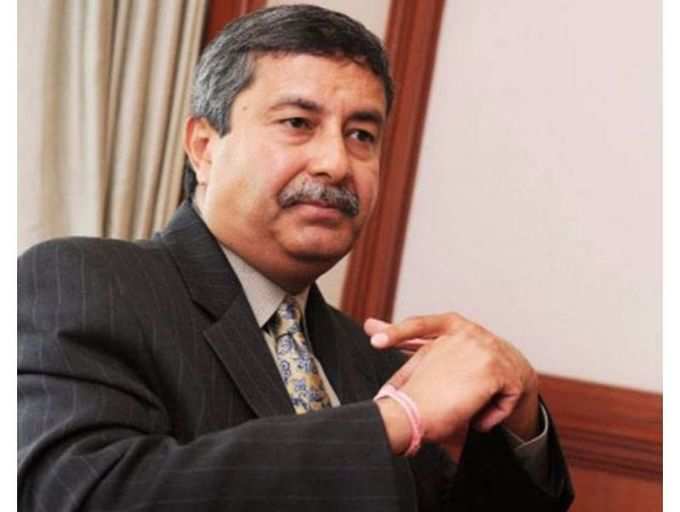 Sanjay Mehrotra co-founded flash memory storage company SanDisk in 1988 and has been its CEO since January 2011.
He pursued bachelors and masters degrees at University of California, Berkley, and also went to Stanford for executive programme. Mehrotra holds several patents to his name.
8/11George Kurian, CEO and president, NetApp 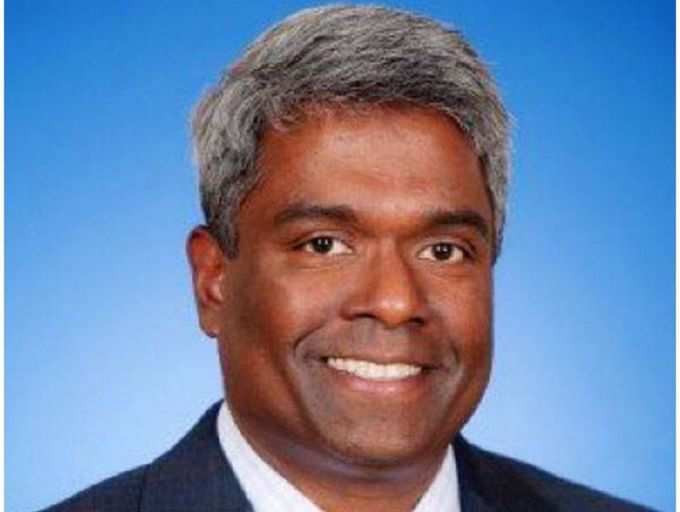 George Kurian became the CEO and president of storage and data management company NetApp in June 2015, after serving as its executive vice president of product operations for nearly two years. Prior to joining NetApp, George was vice president and general manager of the Application Networking and Switching Technology Group at Cisco Systems.
His diverse background also includes the role of vice president at Akamai Technologies, management consulting at McKinsey & Company, and leading Software Engineering and Product Management teams at Oracle Corporation.
Born in Kottayam district, Kerala, he pursued engineering at IIT-Madras, but left six months later to join Princeton University; he also holds an MBA degree from Stanford.
9/11Francisco D’Souza, CEO, Cognizant 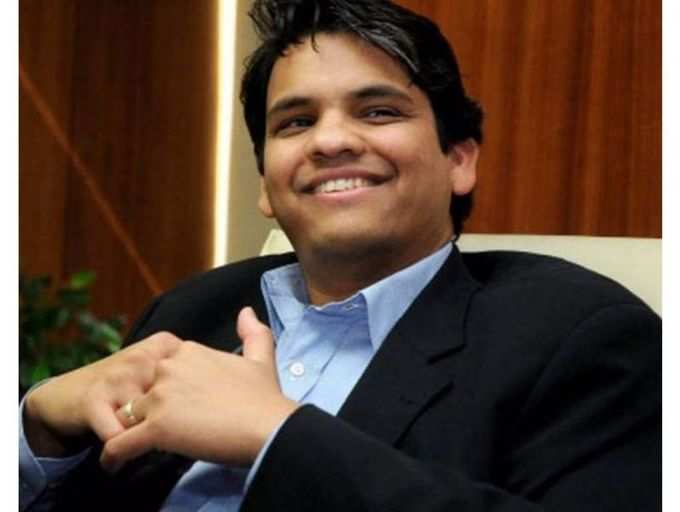 Among the youngest CEOs in the software services sector, D’Souza is Cognizant’s CEO and a member of the company’s board of directors.
D’Souza joined Cognizant as a co-founder in 1994 and went on to become its CEO in the year 2007. During his tenure as CEO, Cognizant’s employee base has grown from 55,000 to over 230,000.
The son of an Indian diplomat, D’Souza was born in Kenya. He holds a BBA from University of East Asia, Macau and an MBA from Carnegie Mellon University, Pittsburgh; D’Souza also serves on the board of General Electric as an independent director.
10/11Dinesh Paliwal, president and CEO, Harman International 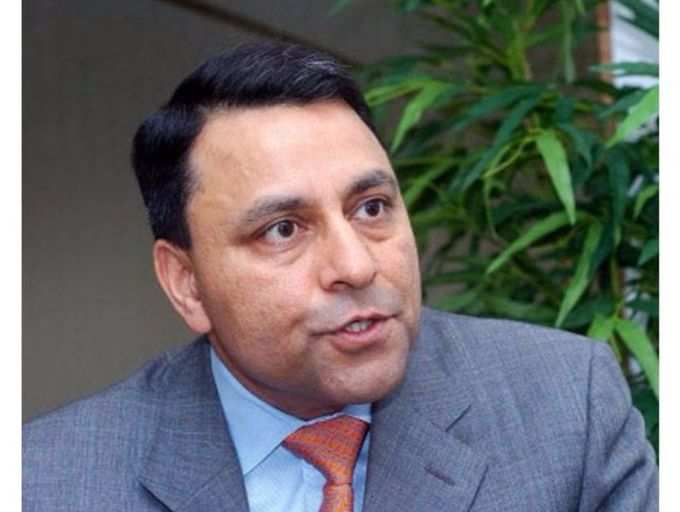 Dinesh Paliwal is the president and CEO of Harman International, a premium audio gear brand that owns the likes of JBL, Becker, dbx, among others.
Born in Agra, Uttar Pradesh, Paliwal holds a BE from IIT Roorkee, and MS and MBA from Miami University.
Prior to joining Harman, he spent 22 years with ABB Group, where he last held the dual role of President of ABB Group with responsibility for the company’s global P&L, and Chairman/CEO – ABB North America.
He serves on the board of Bristol-Myers Squibb, and previously served as the economic advisor to the governor of China’s Guangdong province for three years.
11/11Ashok Vemuri, CEO, Conduent Inc 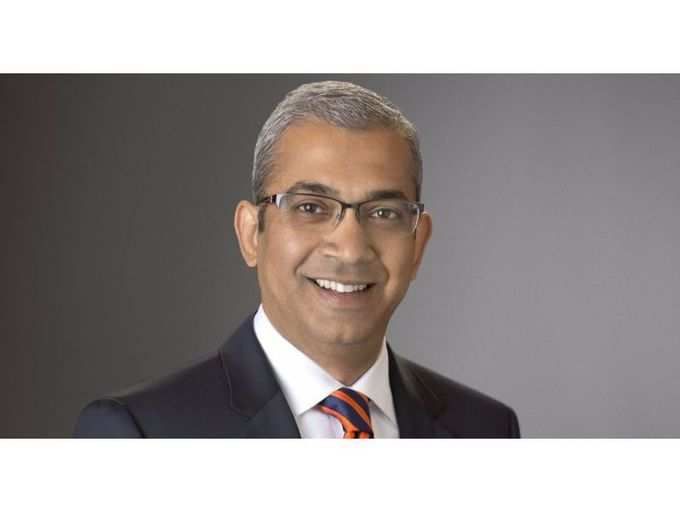 A former Infosys veteran, Vemuri became CEO of Xerox’s business process outsourcing company after Xerox’s split into two separate entities — one focusing on document technology, which includes Xerox’s traditional printer and copier businesses; while the second company focuses on back-office outsourcing, payment processing and other technology-related services. This are people that have been with  Technology Ideas.

READ MORE:  Future technology: 22 ideas about to change our world