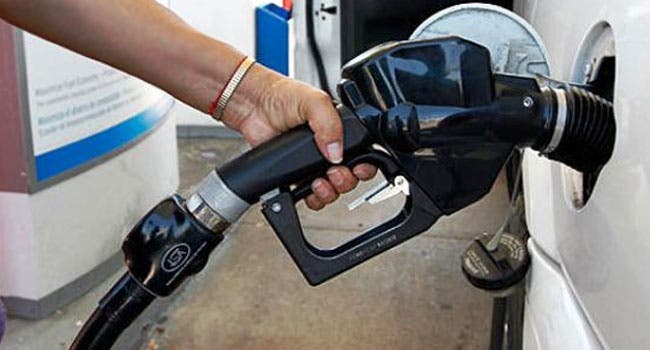 After dillydallying, it is now official that the liability Nigerians fear most, fuel subsidy, is real and active after the Federal Government yesterday admitted paying as much as N120 billion to subsidise the price of petrol monthly. This was disclosed by the Group Managing Director of the Nigerian National Petroleum Corporation (NNPC), Mele Kyari, at the fifth edition of the special ministerial briefings coordinated by the presidential communications team.

The sum expended monthly is higher than the N70 billion the government budgeted for the provision of Universal Basic Education (UBEC) in the 2021 budget, as well as the N45.19 billion allocated for immunization.

For selling Premium Motor Spirit (PMS) otherwise called petrol at N162 per litre instead of the current landing price of N234 for a litre, the Federal Government says it is now paying as much as N120 billion monthly to subsidize the estimated 60 million litres of petrol the country consumes daily.

This is coming as the NNPC, the government agency bearing the burden of the subsidy, insisted that the pump price of the product will remain N162 per litre in the month of April to allow government dialogue with the organised labour on the situation.

But the assurances notwithstanding, the Group MD, Kyari, has insisted that price would inevitably increase, stressing that market forces must be allowed to determine the pump price of petrol in the country.

Kyari lamented the burden NNPC has inflicted on itself by the ongoing subsidisation of the cost of PMS in the country, saying that sooner than later Nigerians have to pay the actual cost for the commodity.

He said the NNPC absorbs the cost differential, which is recorded in its financial books. “Our current consumption is — evacuation from our depots about 60 million liters, per day. We are selling at N162 to the liter. Current market price is N234, the actual market price today. The difference between the two, multiply by 60 million times thirty, will give you the real price per month. If you want exact figures from our book, I do not have them from this moment but it’s between N100 billion and N120 billion per month. We cannot continue to bear this.”

READ MORE:  US President Joe Biden End To Use Of Private Prisons For US Federal Inmates

Stakeholders in the industry, while insisting that the government may be embarking on an economically devastating mission with the continuous drama on the pump price of petrol, said sustaining an N120 billion monthly subsidy was not sustainable.

The current crisis followed an exit from the payment of subsidy, which was announced in March last year and eventual deregulation of the downstream sector. Under the arrangement, the control of pump price is expected to be determined by market forces, especially crude oil price and foreign exchange.

Labour unions, especially the Nigerian Labour Congress (NLC) and the Trade Union Congress (TUC), which couldn’t stand the speed at which the pump price was heading as crude oil price rebalances at the international market, had held government by the throat after succeeding in reducing the price from N167 to N162 per litre last year.

Organised labour had returned to its earlier position after Minister of State for Petroleum Resources, Timipre Sylva and Kyari hinted of a price increase in late January. Since then, government had backpedalled on a liberal market, thereby bringing back subsidy payment, which has always be marred by corruption.

Exact figure for daily petrol consumption used to determine subsidy, has been difficult for the Ministry of Petroleum Resources. After the Federal Government shut the borders to address smuggling, Sylva had said the daily consumption dropped from 60 million to 52 million but the Department of Petroleum Resources (DPR) countered that revelation, saying the figure stands at about 38.9 million litres per day.Energy watchers had, however, raised concerns that the government had once again jeopardised the attempt to deregulate the downstream sector of the petroleum industry, crippling budget implementation and hindering the growth of the Excess Crude Account. They also raised concern over the sustainability of subsidy given the current state of the country’s economy, especially the continuous borrowing to finance the system.

An energy expert, Michael Faniran, noted that the development further gave credence to the fact that the government is still paying subsidy. “There is no way this fragile economy can withstand payment of subsidy on petroleum products for the next few months,” Faniran had told The Guardian.

Another expert, Henry Adigun, insisted that the government would struggle to sustain payment of subsidy. “Subsidy must be removed. When you have that level of losses, what is expected? It’s not sustainable,” Adigun had said.

“The economy has not fully recovered from the effects of COVID-19 lockdown and it is unlikely to fully recover for some years. If subsidy remained, the government had inadvertently reversed its deregulation policy and taken Nigeria a number of steps back,” she had said.

MEANWHILE, fresh facts have emerged why the Petroleum Products Pricing Regulatory Agency (PPPRA) might not publish the monthly price template in April. There are fears amongst the staffers owing to the denial of the Minister of State for Petroleum Resources, Timipre Sylva, that neither he nor President Muhammadu Buhari authorized the March 12 publication of a new template.

The agency came under attacks weeks ago when it released a template indicating a huge jump in the retail price of petrol from about N160 to N212. The decision contradicted earlier assurances by the NNPC that there will be no increment in March, prompting the government to disown it and apologise.

Irrespective of the ‘politics’ involved in the determination of pump price, the NLC President, Ayuba Wabba, told The Guardian in Abuja last night that labour will remain true to the working class of Nigeria on the pump price of petroleum. Wabba argued that the Federal Government cannot remove subsidy without giving Nigerians a substitute.

“Everywhere in the world, governments are giving palliatives to their citizens as a result of the pandemic. The pandemic has ravaged not only economies but families and the working people of the world. Why is it that it is this time that the Federal Government is contemplating removing subsidy?

“Our negotiations do not include removal of subsidy without palliatives? How can Nigerians cope with life? Inflation is rising at an alarming rate with prices of items hitting the roof. The unemployment rate is about the highest in the nation’s history. Why is the government in place? Our position has been very consistent. Increasing the price of petrol will have negative impacts on the lives of Nigerians,” Wabba said.

He added that the organised labour has consistently urged the government to revive the refineries, saying, “our refineries are not scraps; they are amongst the newest in the world.”

Wabba insisted that the move to increase the pump price has not been brought to the notice by the organised labour.

To the Actineral Secretary of NLC, Ismail Bello, the government is making a pronouncement on price increment to test the waters before taking the action.

He said: “The status quo remains the same. The organised labour has not received any communication from the Federal Government on the move to increase the pump price of petrol. There are committees that were set up and no one has been contacted yet. Therefore, labour is not aware of what the government is possibly planning. The Federal Government must critically examine the social impacts of increasing petrol price at this time. What has been the cost of importation of petrol? It has been buying petrol at higher prices, increasing unemployment and killing our manufacturing sector.”

For years, the government denied it paid a subsidy on petrol, yet it did so through the NNPC, which described the cost as “under-recovery.” The petrol prices had been kept artificially low at N145, with subsidy eating into a huge chunk of government revenues.

Until now, the government has refused to come out clean on how much it injects into subsidy payment, even as the item is not contained in recent budgets.

Some Nigerians have called for the removal of subsidy to enable the government to invest the fund into other developmental projects. Others have however condemned calls for its removal, citing it as perhaps one of the most significant “benefits” the masses enjoy from the government that failed to make refineries work.

Those in the latter category, such as the organised labour, have advised the government to fix the refineries before removing fuel subsidy. Many have also expressed worry over the government’s sincerity and wondered whether the government would indeed commit funds generated from subsidy removal into actual developmental projects.

Nigerians typically use petrol to power their vehicles, tricycles, and motorcycles, and in a country with poor electricity supply, other Nigerians in their millions power their generating sets with petrol.