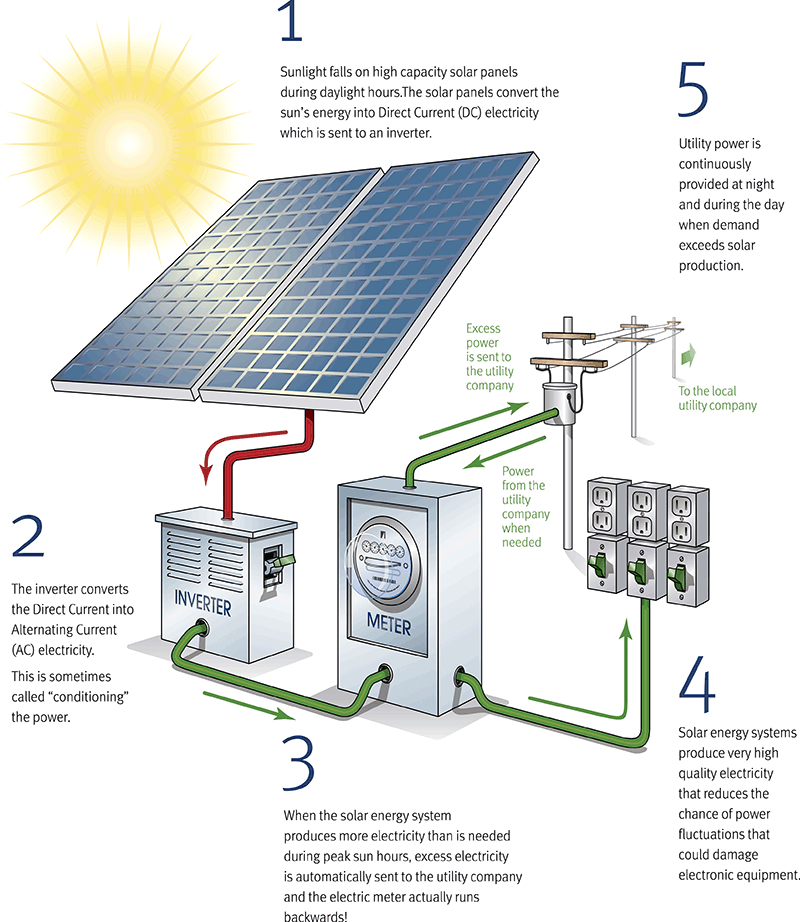 Ever wondered how does electricity work? Do you know why electricity can power your house?

In this article, we’ll explain how electricity works and how we can manipulate it to power our homes and charge our devices. We’ll also talk about solar energy, how that figures into the equation, and how to buy solar panels.

Start with the atoms

To answer the question, “How does electricity work,” we first have to go back to a basic science class. Everything in this world is made up of atoms. They’re considered to be the smallest, identifiable building blocks in the universe. This means you can differentiate between carbon atoms, oxygen atoms, and any other element you can think of.

All atoms can be further broken down into three smaller parts – protons, neutrons, and electrons. These parts are indistinguishable from element to element. This means you can’t tell an oxygen proton from a gold proton. Protons have a positive charge. Neutrons have a neutral charge. Electrons have a negative charge. The number of protons, neutrons, and electrons determines the type of atom and its properties.

All atoms contain a nucleus, which is a collection of protons and neutrons. This nucleus is surrounded by a cloud of electrons. These electrons constantly move around the nucleus. Atoms contain the same number of electrons as they do protons. This creates balance of charges in the atom.

Although electrons move around the nucleus in what looks like a cloud formation, there is a degree of order to their movement. If you think of the nucleus like a planet, the electrons are its many moons. In atoms, these “moons” orbit around the planet at different distances, and only so many moons can fit on any orbit at a single time. The number of electrons on a given orbit path stays the same across atoms, but the number of orbit rings increases or decreases depending on how many electrons the atom needs to balance the charges.

READ MORE:  What Is Credit Monitoring, And How Does It Work?

Atoms will fill the first orbit (shell) with electrons before it creates another. It’s possible that the outermost orbit ring of electrons only needs one electron to balance the atom, even though it could hold more electrons if necessary.

This last concept is important for understanding how electricity works.

Atoms want to create a balance between their protons and their electrons, but they also want to complete their shells.

If an atom has an incomplete ring, it will actually steal electrons from other nearby atoms to complete its outermost ring. Some atoms have this property and some do not. It all depends on what element the atom is.

This give-and-take flow of electrons is what we call electricity.

Atoms that have this property, where they temporarily take electrons from each other, are known as conductors. Atoms that don’t have this property are known as insulators. This is why metal wires are usually covered in a rubber protective layer – to protect from the current of electrons flowing through wires. Most metal atoms are conductors and the elements that make up rubber are all insulators. Surrounding the wire with insulation protects any other potential conductors (like humans) from getting electrocuted.

How does electricity work?

Electricity works by getting a bunch of conductor elements together and creating a flow of electron-stealing patterns through them. This flow is called a current. Conductors need to be surrounded with insulators so the electrons can only go in one direction. Once you can control the direction the electrons are going, you can use them to power or charge anything from a light bulb to your TV to your electric car. All you have to do is continue supplying your conductor atoms with more electrons. The moment they run out of electrons to take from one another is the moment your electronic device stops working.

READ MORE:  The Genuine Reason Why Hard Work Is Better Than Talent

This is essentially how electricity works.

These are some general terms that are worth understanding if you’re interested in learning more about electricity.

This concept is important if you’re looking to power something that can only handle a limited amount of electricity. For example, a lightbulb will burst if you try to force a large enough flow of electricity through it.

We have things called resistors that better control the amount of electricity flowing through a circuit. A resistor is an object made out of some conductive material that has a higher resistance than the wires in the circuit. It acts as a dam and slows the electricity so your lightbulbs don’t explode.

There are two types of current. There’s direct current (DC) and alternating current (AC.) The current explains how electricity flows in a system. If you have something like a phone, it probably uses direct current. This means that electricity leaves one end of the battery, travels along a path that goes throughout the phone, and then ends up going back into the battery.

AC is when the direction, or flow, of electrons rapidly changes directions. This allows electricity to charge multiple devices all at one time. Your house likely runs on AC. This is why you can plug things into outlets or move other electronics around. Your outlets are wired so that they provide electricity to everything in such a way that it doesn’t have to wait its turn for electricity.

READ MORE:  How to evaluate the productivity of industrial maintenance

Where does solar energy fit in all of this?

We can enjoy clean, solar energy thanks to a material called selenium. Decades ago, experts found out that selenium is photoconductive, meaning it becomes a semiconductor when exposed to sunlight.

Thanks to selenium, and other recently discovered materials, we can use electromagnetic radiation to absorb sunlight into a panel which can then free electrons from the sunlight, creating electricity.

As technology continues to advance, solar panels become more and more efficient at releasing electrons from the sun’s rays to create power. Hopefully one day we will be able to utilize an entire ray to power our homes and cars.

Until then, we can still enjoy the benefits of clean, solar energy that has further built on the work of people like Thomas Edison and Nikola Tesla.

If you want to learn more about the benefits of clean solar electricity, contact one of our representatives today. 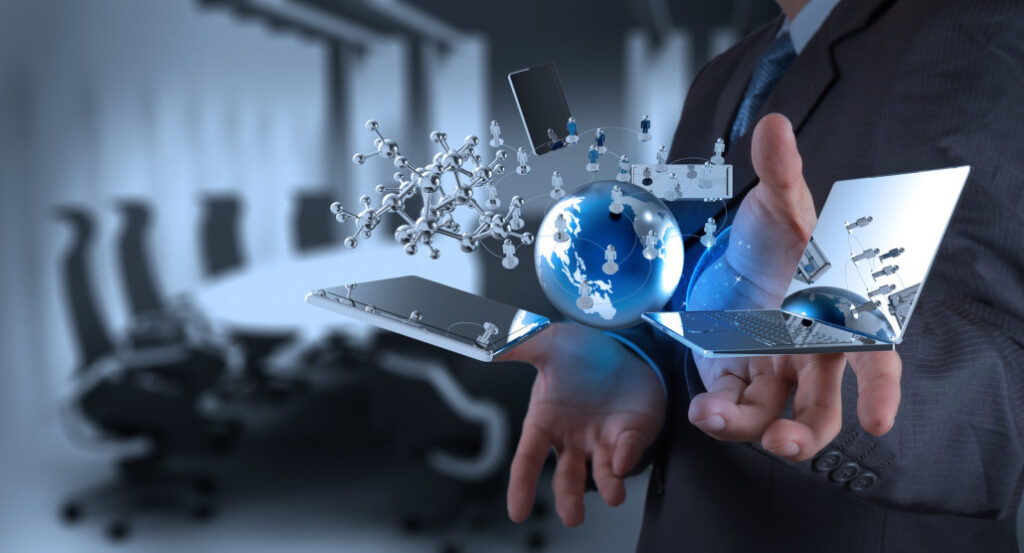 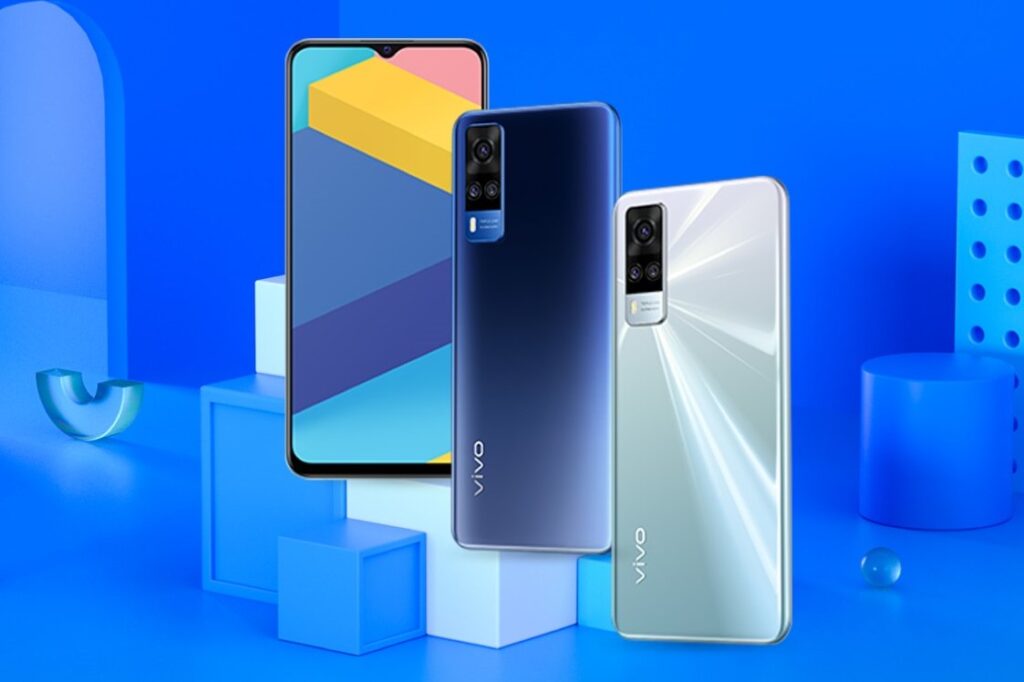 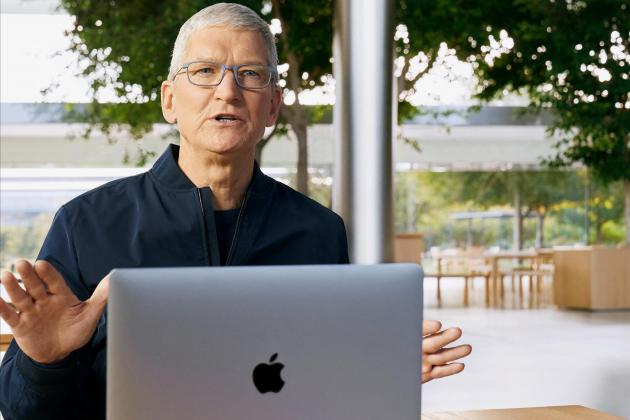