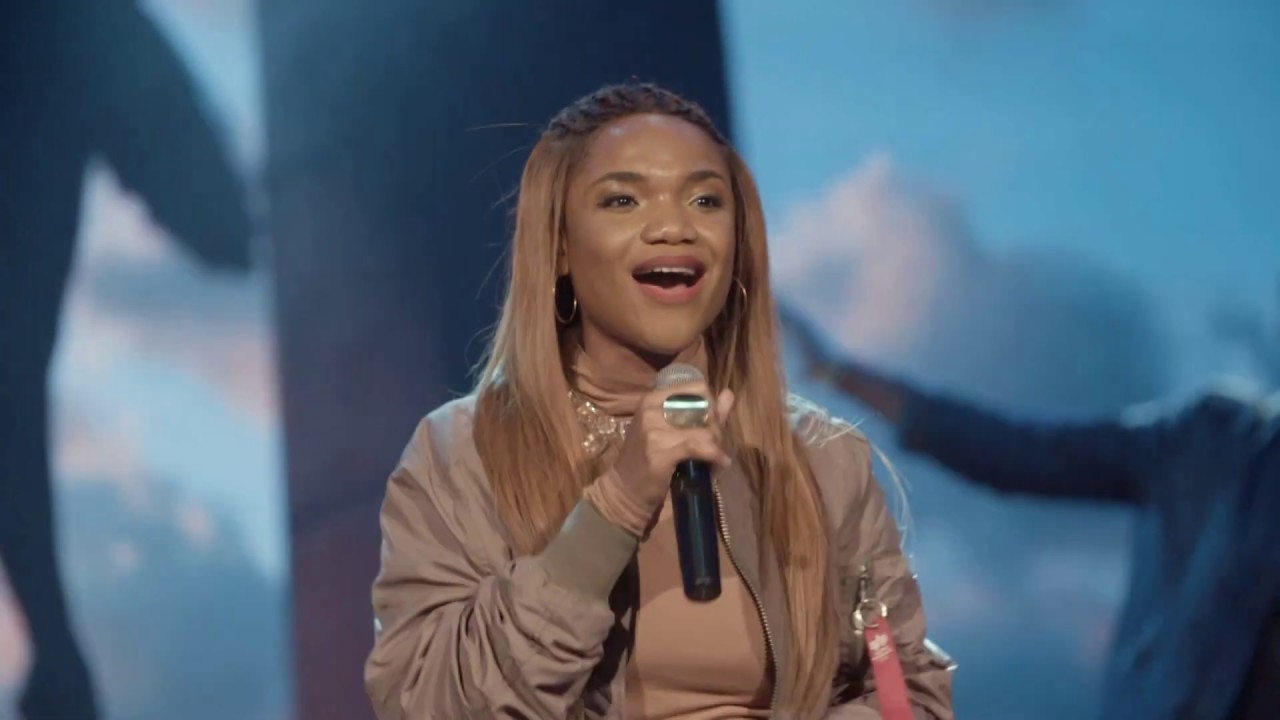 She was about to release her sixth body of work in a career that had already spanned 14 years. Yet, she walked into Pulse Nigeria’s building with all the calmness in the world. If you are not schooled in the art of Nigerian Gospel music, you would have needed a second look to realize that Ada Ehi just walked in My God, she was stunning and her smile lit up the entire room. Accompanied by Moses Ehi, her husband and manager, she incessantly pressed her phone. As certain members of the Pulse Nigeria’s staff rallied to say hi, she looked stunned. It almost felt like she didn’t realize that she’s Ada Ehi, a superstar of Nigerian music.

At the end of the interview she says, “I forget sometimes because ‘superstardom’ is relative. To my friends on my street, I am just Ada. To my parents, I am just Ada. To a lot of my church members, I also just Ada. So when a lot of people treat me like this ‘superstar,’ I get surprised a lot. And to be honest, I don’t think it really matters. I am just an artist who is blessed by God.

She had a point When the conversation hit Born of God, her sixth body of work, she was quick to point out that two of those projects are actually EPs.

She joked, “It’s two EPs, a double disk and two more albums. When I look back, I feel like ‘wow,’ but I also feel like I could do more. I’m not saying that EPs are not bodies of work, streaming has made EPs a reality and it’s our reality.”

Born as the second child of four, Ada Ehi found music early. Her dad is a music connoisseur with a vast library. He was versed in Mozart, Bach and other brands of classical music and this influenced the taste palettes, construction and musical grounding for a young Ada. Her mother was also the choir master alongside her dad in the same church.

She also credits her Lagos upbringing for the blend of perspectives that she has. She says, “It helped me think as a Nigerian, not from a tribe perspective. That’s why I write music for everybody.”

Edhi started writing music early enough and she was encouraged by her parents. Her level of chill around stardom is probably because she got an earlier start, compared to others. By the age of 10, she was already a star.

“It was fun, I got to miss classes, extra lessons and stuff like that. I don’t know if I would say I started music at 10, but the interview came out around that age, so I ran with it [laughs],” Ehi says. “I was randomly recruited to backup Tosi Jigged. I wouldn’t say I was a child star, I would say I was shining alongside a child star.”

Around that time, she knew she wanted to do music and she worked and prayed towards it. But she still had school to deal with and she wasn’t about to quit school for music.

READ MORE:  Banky W calls out government over decision to go ahead with NIN registration despite covid-19 surge

B.E.L.E.W.U is an acronym for Believers Love World, a popular christian fellowship in Nigerian universities and an arm of Christ’s Embassy. With her church background, Ehi had a seamless entry into the church scene at the Lagos State University where she studied Chemical and Polymer Engineering.

“In a gathering like that, you have the opportunity to sharpen your skill because your family is large. You also have the word [of God] to build confidence quickly,” she says. “But due to the number of talented singers and prospective artists in that gathering, you have to find your sound quick enough.”

When she decided that music was a her way, Gospel was a no-brainer, as a genre of choice.

She quips that, “Which other genre is worthy of this level of appraisal and appreciation? What is worthy of talking about besides the word of God, for a career? I always felt like if you give me five minutes of your time, I’d like to leave you with something that could change your life forever. If I’ve found faith and strength, I think that would help you. I’d sing about that…”

At a time when Gospel had a template, Ehi’s sound was very “pop-py,” filled with a lot of rhymes, EDM and all that.

“I just wanted to sing what I was writing at the time. The reality of the Nigerian Gospel market didn’t hit me till a little later,” she jokes. “The music was very, very experimental, but the good thing was that I was accepted early enough. It wasn’t about what Alaba market was saying till a little later

When Ehi started to take music seriously in the late 2000s, Alaba International Market was at the peak of its powers, as Nigeria’s major music marketing platform. At the time, reps from different marketers used to be in all the studios, trying to find the next marketable talent.

“In the studio where I used to record, [Alaba Agents] would come there and feel like some type of expert A&R or Simon Cowell [laughs],” Ehi jokes. “Whatever you’re singing, e nor concern them. The only thing they say is, ‘This song nor go sell o… Do you know who I am? I have marketed…’ Those guys were arrogant, man [laughs].”

Looking back, Ehi isn’t thinking about the rightness or wrongness of Alaba marketers. Instead she praises them for encouraging the Nigerian sound.

“At that time, it was cool not to like anything Nigerian because the validation that comes with consuming foreign content was more profitable,” she says. “The piracy was wrong, but they bridged the gap between Nigerian artists and the audience. They encouraged and promoted our sound because they kept asking for the Nigerian/homegrown sound. Their mischief played our well for us.”

The reality of streaming hit the mother of one in the post-production of her last album, Future Now. At one hour and 50 minutes, it was so long that it couldn’t fit in one disk. The distributor then advised that the album should be reduced or split into two disks.

READ MORE:  Lady Gaga Speaks About Being Pregnant After Sexual Assault At A Young Age

After Edhi vehemently objected, the album went through the gears. But that moment taught her something, “Your albums have to be shorter.

‘Born of God’ was released on December 18, 2020. Ehi started recording the album about a year ago, but it comes in the middle of a pandemic, and after an intense study of music streaming realities as well as the direction of Nigerian Gospel music.

“As Gospel artists, we are different. Our market is slightly different and a lot of our music is tailored to live performances,” says Edhi. “Our audience also enjoys some of the longer worship songs. But at one hour and five minutes, I think I did better than the last time [laughs]. A high five for me.”

Edhi is distributed by Continued Entertainment, which also distributes Goldstar, Immaculate, Tocsin Roback and other artist

Ada Edhi’s music is very rounded, as it taps from every genre for a great experience. On Born of God, she makes a few Afro-pop records and ‘Now,’ has heavy EDM/Pop leanings. Her 2017 song, ‘Jesus’ is also heavily EDM. This is a step away from the archetypal Alternative Rock background of contemporary Gospel music.

“Gospel music is a calling and I’m a messenger, but I believe in relevance. You make music for a people and you must be open to the fact that delivery is everything. If I go to buy a meal in a restaurant, you have to present and deliver it properly,” she clarifies. “In the same vein, if you’re dealing with a dynamic generation and you have a dynamic message, your delivery must be dynamic so that they know that it’s for them.”

Edhi doesn’t feel like all Gospel artists should follow her path. She feels like Gospel music in Nigeria is mostly about praise and worship, and artists will always finds hat works for them. However, she is excited to see the next crop of artists to storm Nigerian Gospel. She calls them, “dynamic.”

But at the root of it, the Nigerian Gospel artist has a duty, a mandate and a life. As much as they can get inspired by secular music, they also have a spiritual mandate to follow.

“I don’t know what exactly is secular because the National Anthem is secular [laughs], but in honesty, music hits you from all corners these days,” Edhi illuminates. “To say you don’t listen to secular music is unrealistic. At the bank, on the queue, the filling station, the mall… you hear whatever they want you to hear. But listening is different from consumption.”

“If I admit to listening to Winked during this interview, that’s all some people will take from this interview [laughs]. And then I will have to fight battles and convince people [laughs],” she jokes. “We try to avoid controversy, but some people look for validation from us to do something they’ve always wanted to do.”

Recently, Edhi released a record titled, ‘Fix My Eyes On You’ with the legendary Nigerian Gospel artiste, Spinach. Both singers spoke about the song in mid-2019, but they were respectively touring heavily at the time. Then COVID-19 hit people in Q1 2020, and the need arose to make a song like ‘Fix My Eyes On You.’ On January 16, 2020, they finally made the record.

“I go on Twitter and I see comparisons. The next thing, people are arguing and for all you know, the artists being compared might have just had a conversation,” she says. “In Gospel, we don’t really have a lot of that. I also think management has a lot of work to do, if gaps will be plugged.”

Ehi then made a salient point that the lack of collaboration might also be due to strategy. She says, “Male artists are more popular and they headline a lot of new sounds. They also outnumber the women, so maybe visibility also has a role to play. But I don’t think there’s animosity there.

First off, Ada Edhi would love to see Gospel artists perform in more expansive settings than just Churches. Secondly, she would love to see local touring become a real thing in Nigeria because “Nigerians are religious people who love music.”

“Whenever we think touring, we just start dropping countries and I think that’s a problem. Some foreign artists don’t have to leave the US or even their states in the US to have great tours,” she says. “Nigeria is the springboard for most of us and we can’t do without the home front. We need need to fix that.”

More so, Edhi feels like the power of Nigeria as the influencer of African trends is too sacrosanct for her artists to ignore. In consequence, Edhi feels like that reality means Nigerian artists will never be able to completely do without Nigeria – even with the streaming reality.

She would like to work with Hill song and would like people to pay more attention to the numbers that Gospel artists generate. 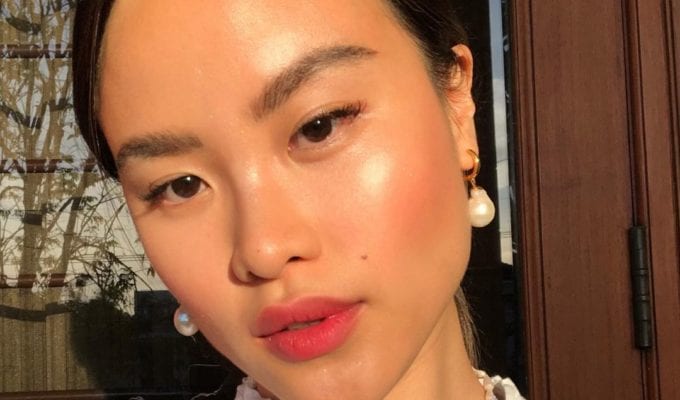 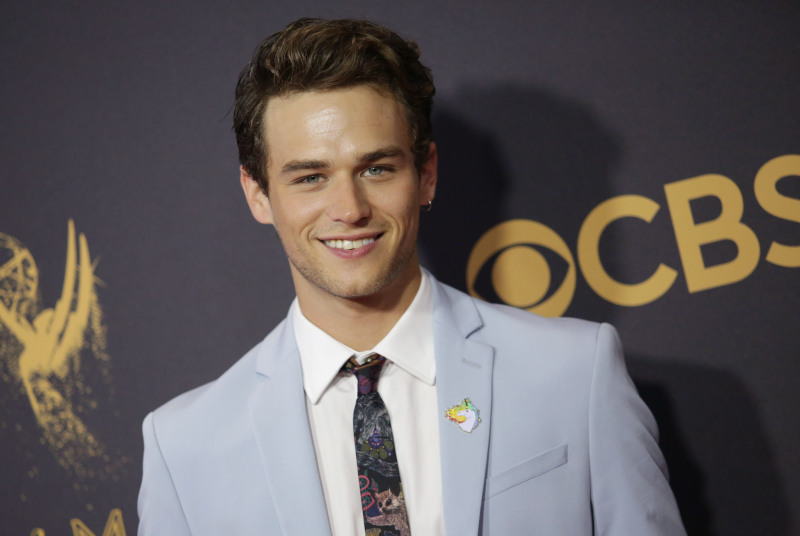 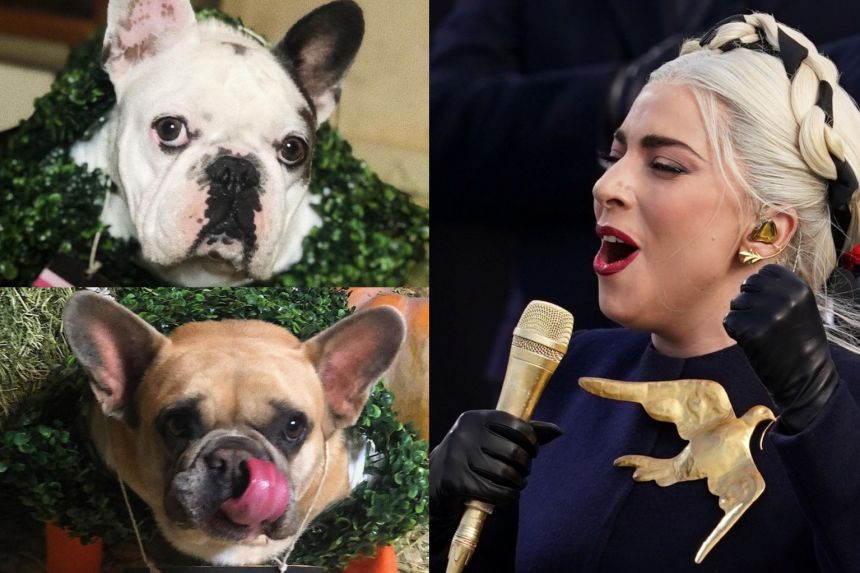