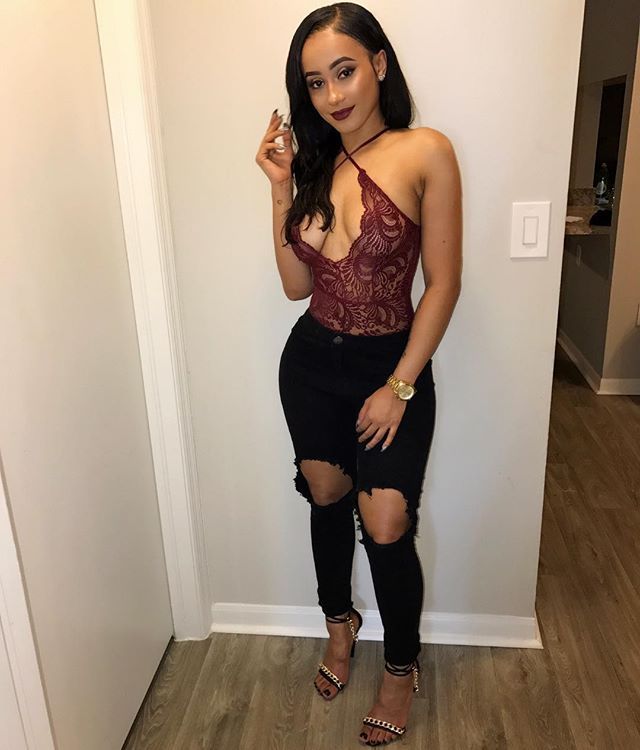 4 Reasons You Go For Bad Girls .

From the time we are little, we hear the same cautions: Listen to authority figures, be feminine, defer to others, and follow the rules, official and implied, act like a lady, be soft-spoken so you can meet the man of your dreams.

However, as time goes, the women we see as bad girls may defy all those edicts. They do what they want. They flout the rules. They don’t care about their bad reputation. Plus, they are ready to pay for the consequences of their actions.

Often, you wonder why it is these women you are always attracted to, either as friends or for relationship’s sake. Below are some reasons:

They are intoxicating
Much like alcohol, they can lower our inhibitions and get us to do things we would never do otherwise. In the best-case scenario, this ends up being fun and memorable. Bad girls also give you a glimpse of a different worldview. You may think “nice girls don’t call guys,” but then see someone making the first move, and good things happen because she isn’t afraid to go after what she wants. This can be empowering and make you question the social norms you live by and why you accept them.

Ego Boost
A lot of times, men believe that they are tamers of sorts and that if they are able to reign the bad girl in, they get an ego boost of sorts. This may be due to the reputation that a bad girl builds over time. According to psychiatrist Dr. Anjali Chhabria, at times men have emotionally dependant personalities. “Men, who are in a relationship with an emotionally manipulative woman, feel like they are saving her, and believe they are in control of the situation,” she says.

Often, men even have the need to figure out the mystery that a ‘bad girl’ presents. It’s an addiction based on the need to control, and the fact that they themselves are manipulated makes it even more irresistible.

Better in Bed
This is not totally proven, however, it is believed that bad girls are experimental, hence, they are better in bed. There is no way to prove if this is right or not. Good girls are believed to be gentle and pleasing, while men want girls that are controlling and a beast in this department.

Difficult to figure out
Most men probably aren’t as extreme, but they do like some mystery. Every guy loves a bit of mystery in his life. Bad girls are mysterious by nature. They’re secretive and elusive. They’re hard to catch and almost impossible to keep. and people like that.

Often, there are no ways to prove these things, however, people love fun and will always chase after someone they think is fun.

READ MORE:  How To Know If You Are In The Positive Relationships in Life