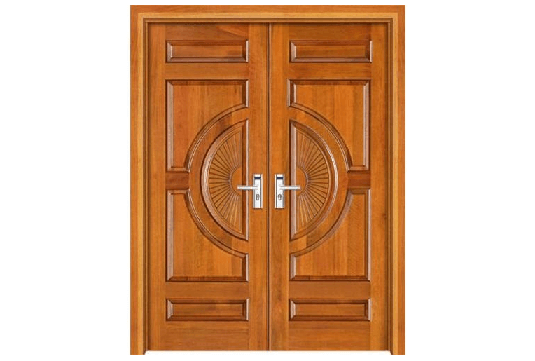 My copy of “The Millionaire Next Door” by Dr. Thomas Stanley and Dr. William Danko is an older edition, dog-eared and bought at a yard sale. However, it is a very good example of why you shouldn’t judge a book by its cover: This book has gone on to numerous reprints and revisions and updates because, in its 23-year history, it has had a major impact on how people understand what it means to be wealthy in the United States.

The millionaires that the book discusses aren’t the flashy status-symbol-laden rich people that we might imagine. The central premise of the millionaire next door is that there is a surprising amount of quiet wealth accumulated by regular people, people who use this wealth to form a secure safety net for their families during hard times or to create a comfortable, worry-free retirement.

Here are five things I learned about millionaires from reading “The Millionaire Next Door.”

1. Many millionaires are first-generation

I was initially surprised to realize that generational wealth is a major player but not the only player in the millionaire set. Stanley and Danko point out that only 19% of millionaires had received money from a trust fund or estate, and 91% never received any ownership of a family business; a substantial percentage are “self-made” millionaires.

I believe that generational advantages also play a role, but it was refreshing to hear stories of people whose families were not wealthy and who still accumulated $1 million in savings or investments in a single lifetime.

2. A huge percentage of millionaires are small-business owners

I expected more discussion of highly paid professionals (lawyers, doctors) as high-wealth individuals, but this book really focused on the many people who built a small business to the point of retaining more than $1 million in wealth. Stanley and Danko write: “These self-employed people are four times more likely to be millionaires than those who work for others.” Of the non-retired millionaires, two-thirds of them were small business owners.

Does this mean every small business succeeds? Of course not. However, it did point to some of the advantages of being the owner when a business idea takes off.

It was nice, in an era where we are thinking so hard about whether high-priced higher education is “worth it,” to realize that there are options if college isn’t of interest to you. There are ways to start a small business that offers a value-add that doesn’t require a college education.

One of Stanley and Danko’s refrains is summed up in the phrase from Chapter 4: You Aren’t What You Drive. They state that millionaires “believe that financial independence is more important than displaying high social status.”

While most of us aren’t buying high-priced cars in order to look wealthy — I’d say most of us can’t get that far — the book’s point is well-taken about evaluating what we need and want on our own terms rather than buying whatever others in our peer circle want to buy.

Many of the millionaires that Stanley and Danko surveyed (192 out of 292, according to the results) spend a lot of time planning their financial future. They write that only the very high-income earners or heirs to their money in his sample were less likely to be planners.

Obviously, you can spend lots of time on your financial plan and not become a millionaire, but I enjoyed reading about how organized and thoughtful they were. I have noticed in my own life that my auto-pilot setting has me spending more money and saving less than my thought-out, planned setting.

5. Millionaires take decades to get there

While this element of the book isn’t touted all the time, this 1996 release wasn’t an example of the newer “Financial Independence, Retire Early” movement. Many of the millionaires were in their 50s or 60s (the original book said the average age was 57), and a big part of why they’d amassed a lot of money was that they’d had a lot of years to do it.

The book even mentions the value of becoming an entrepreneur partially because these business owners begin earning money earlier in life (enabling them to start saving earlier) than professionals who go through many years of higher education without earning money.

One way that many people reject the advice of ambitious financial-independence gurus is that they look at one number, something like saving $10,000 a year, and say, “I can’t do that on my current income.” This book encouraged me to say, “What can I save this year, based on what I make?” It made me feel like, even if I don’t ever get to being a millionaire, it would be good to try the frugal strategies that could yield me a nest egg. It takes decades to get to the level described in this book, so patience is in order.

Since the book’s release in 1996, it has encountered some criticism, mostly in the idea that their sample of millionaires is biased. Critics mention how luck isn’t discussed often enough: Driving a sensible car and living in an inexpensive neighborhood are traits of those who have trouble building wealth also, and luck in the business world (or the luck of having good health or a solid educational background) could account for the difference in wealth, rather than just frugal habits.This critique is well-taken, but the core value I gleaned from this book remains true. If millionaires are people who live below their means and work hard to step outside cultural expectations of their spending in order to only buy what they actually want and need, that is a path I can begin.