Eminem & 9 Other Celebrities Who drop out their high school 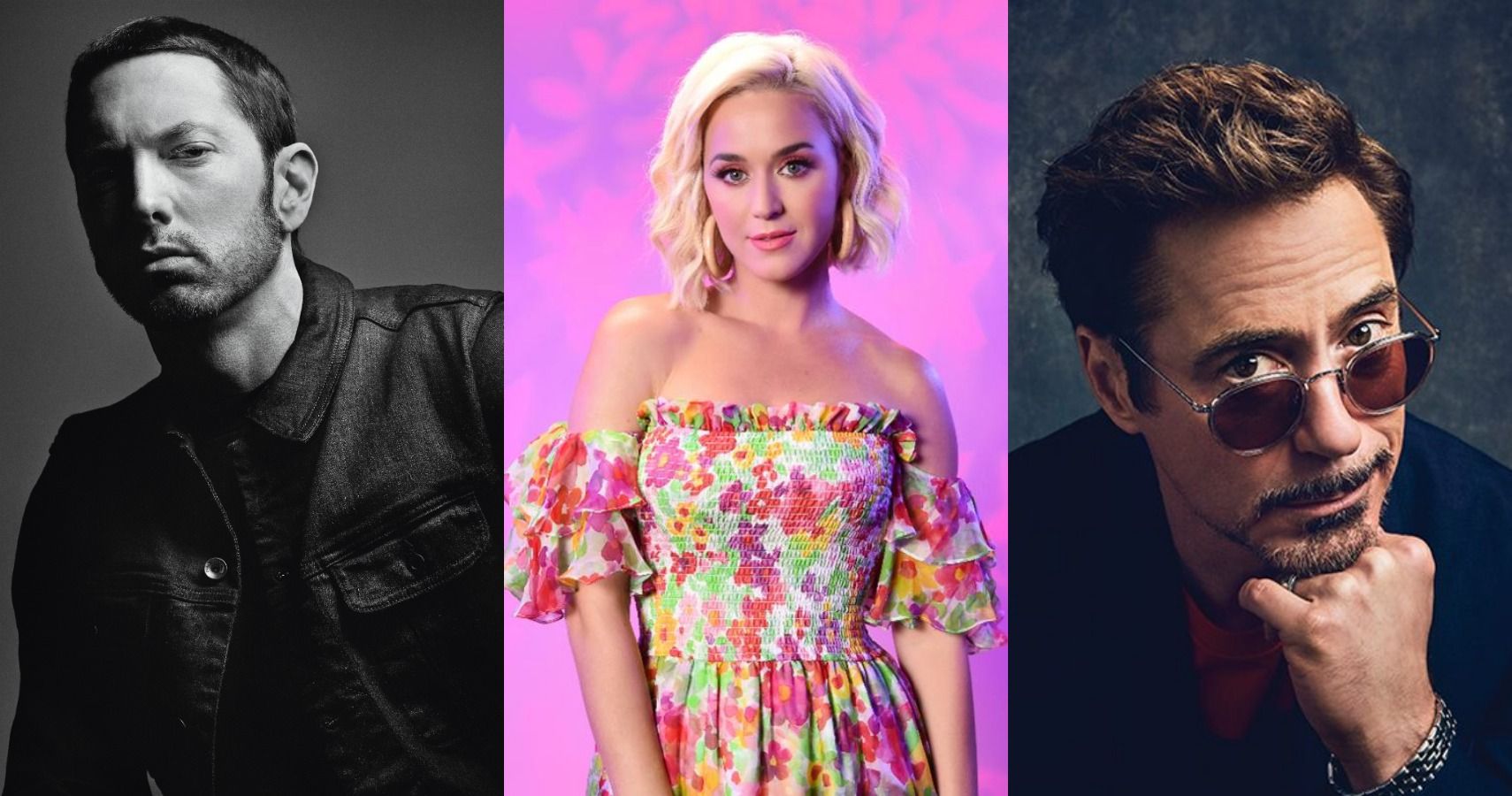 People oftentimes forget that celebrities had normal lives before they became famous celebrities.

People oftentimes forget that celebrities had normal lives before they became famous celebrities. There are plenty of stars who have gone through tough childhoods and a rough start at life — and that really goes for school. Many celebrities have struggled so much in school that they’ve failed almost all of their classes. Things were so bad that they even dropped out. Proving the fact that school isn’t always for everyone, regardless if you’re a future celebrity or not.

As a result, these celebrities weren’t the best students out there, many of them failing classes, and a majority of them dropping out before they can even graduate. Although school is very important, these celebrities still went on to have some extremely successful careers despite the fact that they failed high school, and many of them wouldn’t go back and chang a thing.

We’ve known Drew Barrymore since she was a little girl. When she was just three she was in ET, and she’s only gotten bigger roles since. Drew had a rather tough childhood, as she was in and out of rehab, entering rehab for the first time when she was just 13 years old. As a result, she didn’t take school seriously, and didn’t do well at all. Due to her lifestyle and dabbling in drugs, she dropped out of high school. She would eventually continue to pursue her acting career instead. It looks like that worked out for her!

Jessica Chastain might have a rather successful acting career these days, but when it came to school, she wasn’t as successful. Jessica admitted herself that school wasn’t for her. She was a horrible student, and didn’t work hard at all. She eventually gave up and dropped out of high school. Jessica then decided that she would go back and finish school just to finish, however because she had too many absences, she wasn’t able to graduate with the rest of her classmates.  She eventually made the decision that she would go back and get her adult diploma.

Simon Cowell is a very powerful man. He is the mastermind behind so many of our favorite musical artists, as well as a number of our favorite reality shows. He’s known for being a reality show TV judge that tells it like it is, and people love to hate him. Even though Simon Cowell is one of the most powerful men in the entertainment industry, many people might not realize that he was once a horrible student.

RELATED:10 Celebrities Who Were Shy In High School

When he was in high school, he was awful; he didn’t want to do any work, and he left when he was 16 years old without any sort of qualifications. Thankfully, for Simon, that didn’t seem to matter as he went on to be one of the most successful music moguls out there today. There’s no stopping Simon, that’s for sure.

We all know that Jay-Z is one of the most famous and successful rappers in the industry, however, when he was younger he really struggled with his studies. When he was a teenager in high school, he really didn’t put in any effort into his schoolwork, and as a result, he fell into the world of dealing drugs. He got involved with some bad people and he eventually dropped out of high school completely. Even though he never graduated high school, Jay went on to build an empire and become one of the most successful rappers out there today.

Eminem is another rapper who is one of the most famous and successful rappers of all time. Like Jay-Z, Eminem didn’t have the easiest childhood, and as a result, he really struggled when he was in school. He did not take his work seriously, and he barely showed up for school. His grades were so bad that he wound up having to repeat the ninth grade. Repeating ninth grade didn’t really impact him as he ended up dropping out of high school altogether when he was 17 years old.

We all know that Robert Downey Jr struggled a lot with drugs when he was younger, however, he was able to turn his life around and he made himself one of the most successful actors out there today. When he was a teenager, he attended Santa Monica High School, along with a few other famous faces. Unfortunately for Robert, he didn’t make it through all four years. In 1982 when he was just 16 years old, he dropped out of high school to follow his dreams of becoming an actor.

Richard Branson is an extremely wealthy and powerful man, but many people don’t realize just how much he struggled with school before he became so successful. From about 13 years of age, Richard really struggled with school. He is dyslexic and as a result that caused him to start doing so poorly. His family couldn’t afford to get him a tutor or any way to help him with his dyslexia, which caused his grades to plummet. When he was sixteen years old he decided to drop out where he would go on to be an extremely successful entrepreneur.

Marlon Brando is an incredible actor, but he wasn’t so great in school. When Marlon was in high school he failed in almost every subject except for the two that really interested him — drama and sports. This was not okay with his parents, so to make an effort to straighten him out they sent him to a military school when he was seventeen.

RELATED: 10 Celebs Who Dropped Out Of High School (& What They’re Worth Today)

Naturally, he didn’t listen, nor did he respect authority. As a result, he only made it through three years as he was then expelled when he was a senior. After all that, Marlon never graduated high school, but he did go on to become a famous actor, so high school really didn’t matter anyway.

We all know the trouble that Charlie Sheen has gotten into over the years, and that trouble started from the very beginning. Back when Charlie was in high school, he got into a lot of trouble. In 1983 he was expelled from Santa Monica High School because he never went to school. On top of that, he was failing his classes, and high school was done for Charlie. Over thirty years later, however, Charlie went back after all those years and earned his diploma after all.

READ MORE:  Bullied at school, this teen and her sister start campaign to encourage ‘active bystanders’