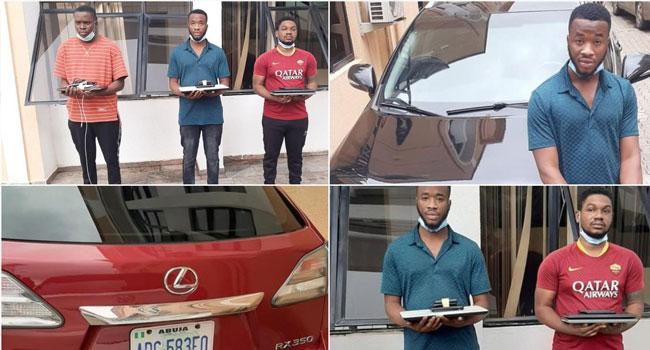 Nine mobile phones and eight laptops of different brands were recovered from the suspects.

No fewer than eight suspects have been arrested in Port Harcourt on suspicion of defrauding their unsuspecting victims through the internet.

Mr Wilson Uwujaren, Head of Media and Publicity, Economic and Financial Crimes Commission (EFCC) announced the arrest in a statement on Tuesday.

“The eight individuals were arrested on January 26 at their various hideouts in Mandela Housing Estate, Rumuokoro and Street 1, Radio Road Estate, Ozuoba in Port Harcourt.

“The suspects, seven men and a lady, are suspected to be internet fraudsters.

“They were arrested following intelligence reports on their internet-related fraudulent activities,” he alleged.

“The suspects will be charged to court as soon as investigation is concluded,” Uwujuren stated.