Relationships are complicated, so it makes sense that some so-called deal breakers should be ignored, but some behaviours are so bright that they simply must be acknowledged.

You meet someone who’s simply charming. You’re excited about this person and begin dating, spending more and more time together.

Everything is going great, except that your new partner slips into certain “bad habits” here and there. You can’t shake the feeling that something isn’t quite right.

Seemingly insignificant tendencies can be early indicators of greater issues that will rear their ugly head in time. 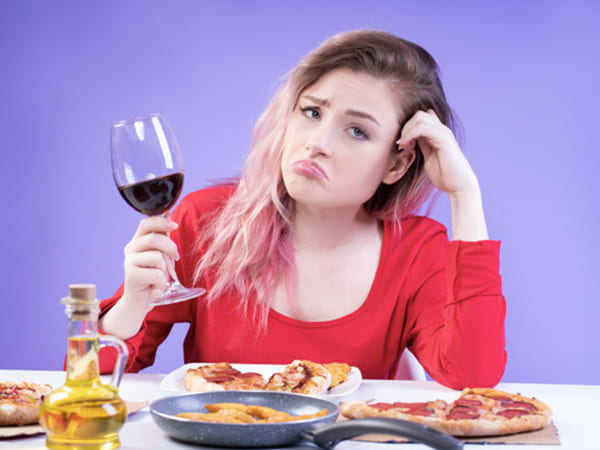 Honour your wellbeing by walking away from an unhealthy relationship sooner rather than later if your partner gives off the following red flags:

There is no perfect partner because everyone carries a bit of baggage (even you). That’s normal. What’s not normal is a person who hauls entire loads from their past into your present life. Your partner may have trust issues from past experiences, but his trust issues shouldn’t force you to prove your every move. If a relationship starts off this burdensome, it will only require more effort with time.

Generosity takes many forms, the most obvious being monetary. But a person must also be giving with his time, affection, advice, and good intentions. Stinginess, greediness, and egoism are serious red flags. While you shouldn’t expect to receive the world on a silver platter, you should expect your partner to offer help when you’re in genuine need.

The couple that can’t compromise can’t survive. A person’s (in)ability to compromise quickly becomes evident. Your partner should be offering compromise freely at this point, and you should be taking turns giving in to each other. The fact that he doesn’t means the relationship will entail many sacrifices on your part.

Steer clear of the person who veers to moody extremes because this will ruin your emotional stability. Your partner shouldn’t leave you exhausted by the end of the day! You become what you’re around, and if you’re exposed to anger, bitterness, or resentment, you might find yourself becoming a person you don’t want to be, riding an emotional roller coaster that will take a mental and physical toll on you.

Pay close attention to gut feelings that ask you to analyze your partner’s intentions, words, and actions more closely. Refrain from making excuses for this person just because you have strong feelings. Be honest with yourself and acknowledge when your partner isn’t acting in good faith or isn’t making you happy. Take divine signs seriously: it’s not an accident if you come across something that proves this person lied or isn’t who he says he is.

READ MORE:  18 Real Tips of True Love From a Woman-Emotions