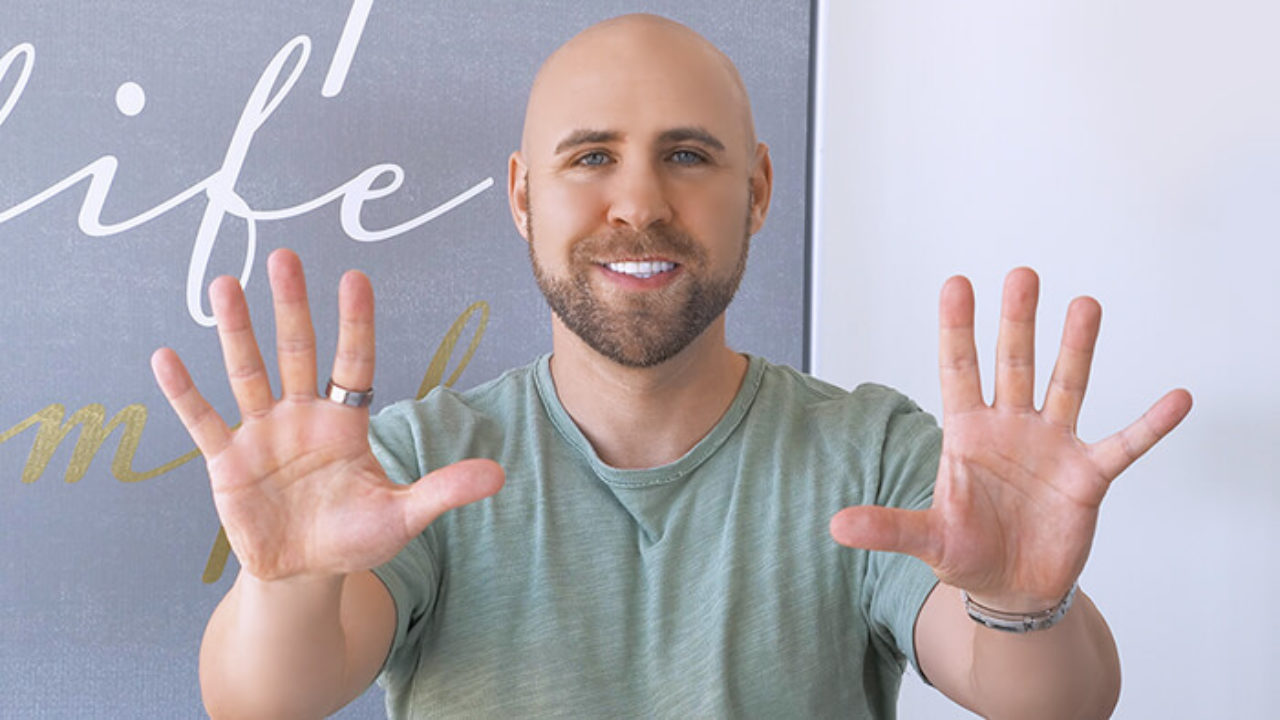 Have you ever been fascinated by how to build wealth?  Wondered why some people become wealthy and others don’t?  From a young age, I read and studied millionaires and investing, looking for the answers to those questions.  I read Think and Grow Rich when I was 10 years old.  I got a Business degree, became a Certified Financial Planner (CFP), and spent 28 years in the financial industry, because I wanted to know how to build wealth.

Although I learned a lot about investing from my education and work experience, it didn’t teach me how to accelerate wealth building.  If it had, then every stockbroker and financial planner would be wealthy.  I learned a lot from reading books by famous millionaires like John D. Rockefeller, Andrew Carnegie, and J. Paul Getty, and I noticed they had eight steps in common while building wealth.  Interestingly, some of the principles I learned from the famous millionaires were opposite to what I learned in the financial industry.

At age 27, I wrote down the 8 steps and created my own “8 step wealth blueprint” that mapped out how I would become rich.  I followed the steps, and by age 38 I was worth a million dollars. The following year, I made a million dollars in one year.

The 8 Steps to Wealth

Although it requires time and effort to really master this, I will tell you The 8 Steps to Wealth and let you know how you can learn more.  They are:

Having a wealthy mindset is the first and most important step, because it is the foundation.  What you believe about wealth is your reality.  If you don’t believe you can become rich, you can’t.  If you believe you can, you can.  It’s that simple, but it’s not easy.
There are many pieces to having a wealthy mindset.  You must make a decision you will become wealthy, have persistence, change your mental blocks, live outside your comfort zone, visualize the end in mind, and have an attitude of gratitude.

Making a decision is the starting point that propels you into action, but you must be decisive and committed.  A recent example is Donald Trump.  When he was asked what would happen if he lost his all money, he responded, “I’m always going to be rich and that’s that.  Next question.”  As you can see, he has zero doubt.  He is decisive and committed to being rich.

Many people start on the road to wanting to become rich, and then they give up.
THAT is exactly what separates the rich from the non-rich.  Persistence.  Losing faith that you can do it is a common problem with those who are not rich.  They never really believed they could do it, so they sabotage themselves and sell their stock low, quit their dream, stop writing the book, declare bankruptcy, etc.

READ MORE:  What Do You Need To Do To Live A Prosperity Life?

One example of visualizing the end goal in mind is the actor Jim Carrey.  Before he was famous, he took a check from his checkbook, made it out to himself for $10 million, and put a date on it a few years into the future.  He carried it in his wallet and looked at it every day.  A few years later, he reportedly was offered $10 million for a movie role at almost the exact date he had written on his check!

I’m not saying all you have to do is think about it. If you’re starting a journey, you must  take the first step to get going. You can always revise your path later if you get off course.  Don’t expect success to happen in a straight line, or perfectly, or that it will be easy.  You will be tested to see if you are willing to do what it takes to get rich and in so doing, you have to face fears, get out of your comfort zone (which creates major mental blocks), and improve yourself and your skills. Just get started!

You must have a plan to get where you want to go. The plan will begin with deciding how much wealth you want to have, how you plan to get it, when you will have it, what you plan to give in return.  You must begin to accumulate or borrow capital for your nest egg to start your wealth building.  John D. Rockefeller worked as an accountant and although he made a meager living, he was able to save a sizable nest egg to begin building his fortune.

Finding a mentor or guide is one of the secrets that can shorten your road to wealth.  Imagine you wanted to go to a foreign country.  You’ve never been there before.  They don’t speak English and you don’t speak their language.  You plan to stay for a month and look forward to seeing the best sites and eating in the best restaurants.  How much easier would you be able to find your destinations if you had a translator?  Would it not make the difference between enjoying yourself and being completely frustrated and lost?  Would it not cut the learning time dramatically?  That’s what it’s like to have a mentor or guide.  Someone to translate for you, shorten the learning curve, and show you the ropes.  They help you avoid making dumb mistakes and getting lost.

Find a mentor or guide who is a millionaire (or billionaire) and learn from them by reading their books, following them on Twitter and Facebook, and hiring them to coach you (likely online).  Invest in yourself and your financial education, it’s worth it and so are you.

READ MORE:  How To Live a Perfect Life By Making These 8 Choices

STEP 4. INVEST IN A MONEY ENGINE

Investing is simply the “money engine” to take you to your destination.  There are many different types of investment vehicles that are money engines and there is no “right” one.  Just like if you want to get from Los Angeles to New York City, you can ride different vehicles like a motorcycle, car, train, bus, or plane.  The speed with which you will arrive at your destination depends on which vehicle you choose and how fast it is traveling or, in this case, growing.  If you’re in a hurry, look for a low cost/high return money engine, like an internet business which can compound your money at a high return.  To build wealth quickly, you want the investment you choose to create a high rate of return.  That rate times your “nest egg”, compounded, is what will grow your wealth.

Andrew Carnegie said, “The way to become rich is to put all your eggs in one basket and then watch that basket.”  Think oil in the 80’s, technology in the 90’s, and real estate in the 2000’s.  Investors that were concentrated in the right sector created huge wealth.  Those who concentrated in the bubble while it was growing made a fortune.  The difficulty is knowing when to sell. There are signs when bubbles are topping, you just have to learn how to see them.

Historically, most millionaires made their first million in their own business or in real estate, but also in stocks, stock options, oil, and commodities. It depends on the timing of the trends and business cycles.  Don’t look to the past for the next high growth money engine, look to future trends.

Two angel investors formerly from Google concentrated their cash in what they knew — search technology, mobile computing, and the consumer Internet: Twitter, backed by former Google executive Chris Sacca, is the hottest startup in Silicon Valley, pioneering a new field of real-time communications and search provider Powerset, backed by Aydin Senkut, a former Senior Manager at Google, was acquired by Microsoft in 2008, and its technology became a key part of the Bing search engine.

STEP 5. COMPOUND AT A HIGH RATE

Einstein was right, compound interest is the “Eighth Wonder of the World!“ Compounding  means your money earns interest, and the money you earn on your money earns interest.  The formula is: Money x Time x Compounding rate = Wealth.  Compounding starts out slowly, then becomes a parabolic curve.  The more time you have, or the higher the rate you can compound money consistently, the faster you will build wealth.  Even a small amount like $10,000, when compounded at 100% (yes it’s possible), will become $1 million in only eight years.

READ MORE:  13 Essential People Skills to Succeed In Your Career

A wealth builder can leverage to build their wealth, but once it’s built, they need to eliminate the leverage to keep and protect their wealth. Once you’ve achieved wealth, it’s important to pay off your debt and diversify.  It’s a two-edged sword.  If you’re leveraged and your investment declines, it can go down twice as fast.

Like the disaster that happened to Aubrey McClendon, CEO of Chesapeake Energy in 2008.  Fortune magazine listed his wealth at $2.1 billion, almost all of it in his company’s stock.  He borrowed money from a brokerage firm’s margin account and leveraged 30 million shares of his company’s stock.  In the first 6 months, the stock skyrocketed from an average cost of $55 to $74.  But soon the natural gas market collapsed and he received margin calls, forcing him to sell his stock to pay off his loan.  The stock slipped to $11 in only 90 days and he lost more than a billion dollars almost overnight.  He built wealth by concentrating and leveraging, but didn’t protect his wealth.

STEP 8. GIVE IT AWAY & CREATE YOUR LEGACY

Giving money away to the less fortunate attracts more money back to you.  You are signaling to God, the divine, or the Universe that you have more than enough and you can be trusted to be given more to do good things for others. In turn, it will bless you with more money for your giving.

Why do you think the wealthy usually have charitable foundations?  Besides the tax benefits, they know this to be true.  In addition to money, give away time, free items, free consulting, etc. and watch the money flow back to you!  Focus on how you can help others, not what you can get.  When you feel you have enough to give, and you give to others, you feel more abundant, and you will attract more money.

Using your passion to help others is another way of giving back. It’s my passion to share my life’s work with others and guide them how to build, protect, and maintain wealth.  The financial industry has made wealth building much harder than it needs to be.  It’s my pleasure to share with others how to make it more simple. 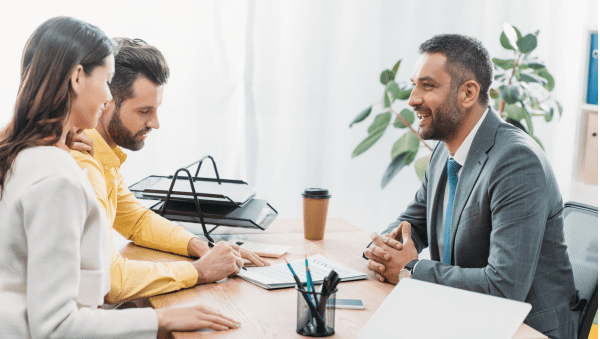 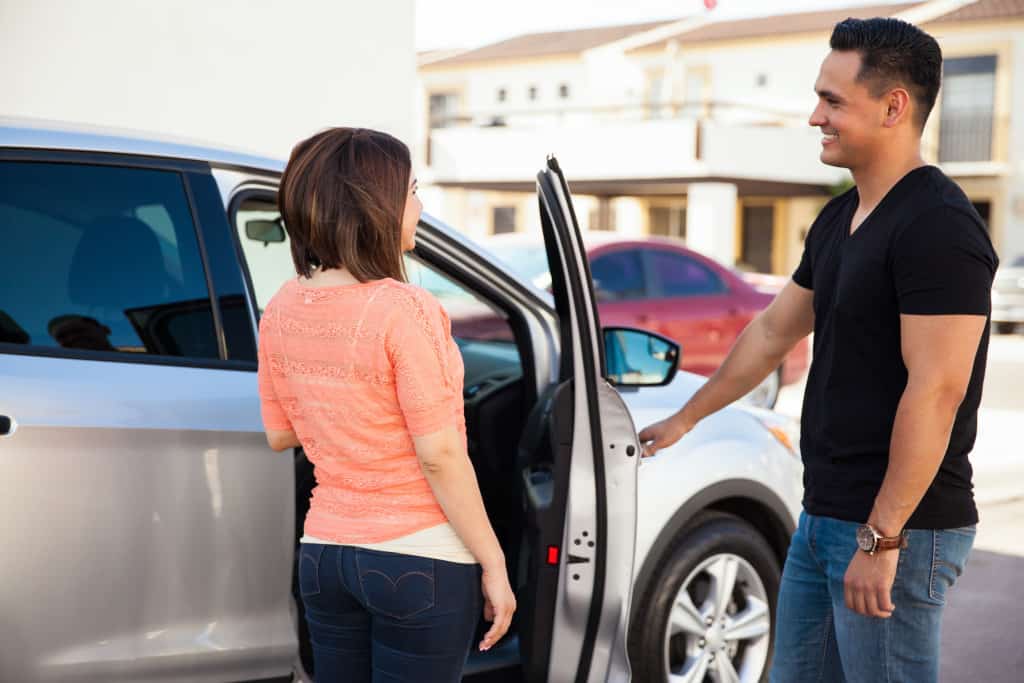 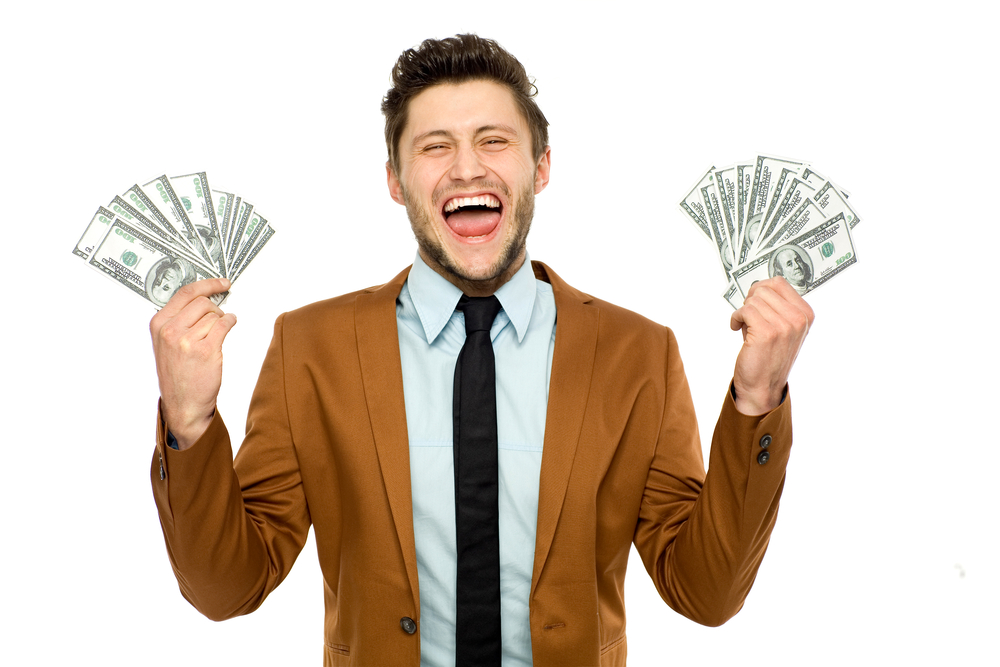