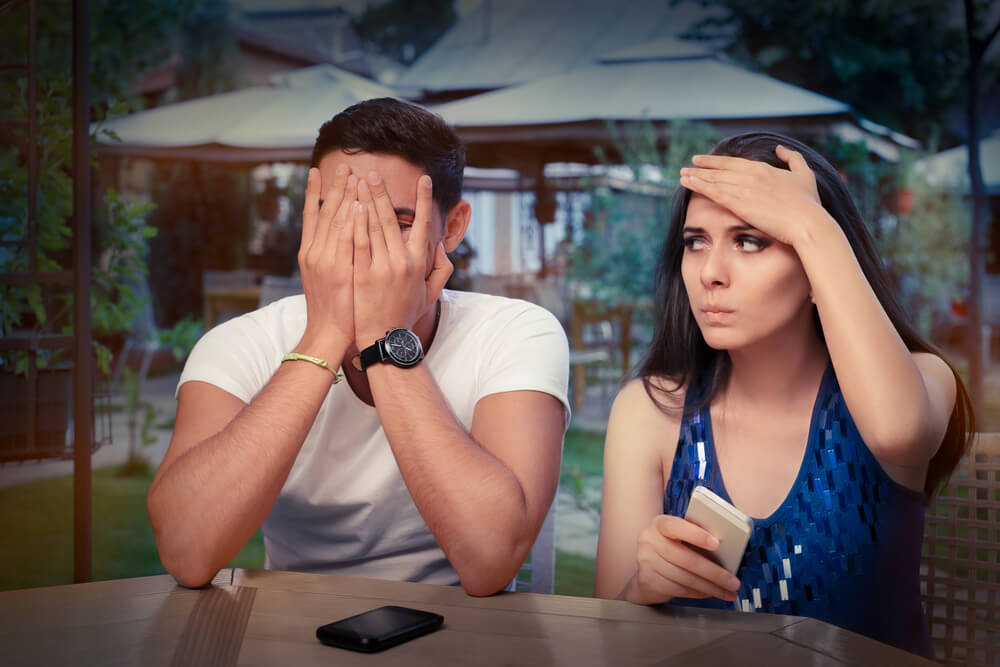 So yeah, I decided to write a post regarding the stupid little things I’ve believed in or done, that I am not so proud of but thought I should share, or at least remind myself not to make the same mistakes.

1. He will leave his girlfriend for me

I know it’s not right to be involved with a guy who has a girlfriend, but I’ve always followed my feelings more than what is supposed to be. Most times, I don’t do the right things and I believe every word that he says; that was being stupid. Nobody will ever leave anyone for me, and nobody should anyway. They say guys will pick the second woman because if they really loved the first one, they wouldn’t fall in love with the second. But that’s not always right. They all returned to their girlfriends.

#Self-reminder – Do not trust sweet words, most times…they just want to get into your pants.

2. He will come back for me

Oh this can actually be tied in with the point above. I have heard these numeral times and I fell for it, I fell for words such as “Give me time, I love you, I will come back for you.” He almost never comes back for you, if he wanted to and loved you, he would’ve already been here, and not a second would have been wasted. That is just an excuse to get away from you temporary, and then permanently.

3. He became my universe

It was lovely at first, falling for someone and getting into a relationship where you find pleasure in his company. But, I got in too deep and I just, lost myself. He was my world, and everything revolved around him. How could any human being be your entire universe? Disappointments are bound to happen because that person is not perfect, and that was why it failed.

God is supposed to be your universe, and he is just supposed to be a part of it. Yes, he could play a huge role in your life, like the sun in the sky. But he can never, ever be the whole thing because he is also broken. He is unable to handle the pressure; he’s just made of flesh and bones. Do not let him be the master of your universe, he will cower and run away in fear.

I should’ve realised this the moment I saw it. The moment I wanted him to change it meant that it was going straight down the road to failure. Being together with someone meant accepting all their flaws, their taste in jeans and everything. Change might happen after, but I should never expect it. It has to be done on his own accord, a change to be better, not worse.

You’re not supposed to choose who you love, you’re not supposed to influence him with your opinions of the “perfect lover”, and telling yourself “Ok if he’s more like this, I’ll love him”. Then you tell him to be more like you wanted and love him when he changed. That’s not right. You’re supposed to love him the way he is, and then, if he wants to be better, advise him on how to improve.

I’ve always wanted the guy to do what I want. At least 99% of the time, and when that doesn’t happen, I get upset. I question about his affections for me. Because wasn’t “When you love someone, you’ll do anything” applicable? In my mind, I’ve always thought that if you love someone, you’ll do anything that makes them happy. I shouldn’t have expected and forced him into doing things for me. Instead I should have given him the things he wanted to make him happy. If he actually does something for me without me asking him to, wouldn’t that be so much better? Doesn’t that quantify as love?

Let him love you, his way.

I hated and couldn’t understand this idea of being “Alone”. Isn’t being alone together the same as being alone? Since he is your other half, and the two of you makes one. Yes, I know I’m crazy and I was totally wrong.

Everybody needs time to themselves, to think and reflect, to energize and recuperate and to unwind. Missing your other half creates a desire that will aid in the growth of your relationship Take time away from each other once in a while.

This happened for most of my uhm… “Relationship”. Writing this actually made me realised how delusional I was. For every guy that I’ve dated, I’ve imagined a future with every single one and thought they were the one. And the cycle repeats. I ruin things with my expectations of how the relationship is supposed to be, and when it doesn’t, I get hurt. It’s like stabbing myself and whining about the pain that I inflict upon myself. The irony.

8. Begged him to stay/come back

There’s no use crying, begging, ruining yourself just for the guy to come back. There’s no point in chasing someone whose heart has already left ages ago. You can do anything: cross the ocean, fly to the moon, kill yourself and nothing you do will make him come back. Nothing.

If you really love someone, ask for one more chance and if he rejects you, walk away and don’t look back. Be happy with the fact that you made sure you’ve done everything in your power to ensure that everything that can be done, had been done.

Trust me, it will do you good. Walk towards an ice-cream store and buy yourself a pint, go home, get some chick/romance flicks on, tuck in and there’ll be a special flavouring: Salty tears.

9. Forget about my life and my friends

Being so consumed in a relationship I forgot what I wanted in life. I stopped doing things that made me happy, like blogging or reading. I stopped hanging out with my friends and the good parts of me disappeared. All that was left were the nasty, ugly me 🙁 I didn’t realised this until the break up. I was………. crazy.

Don’t lose yourself just because you found someone else. Always be true to yourself, keep doing what you love. Keep following your dreams and goals and never forsake your friends because they will definitely last longer than your lover. You need to be two individuals, not one person.

Often times, I forget that he’s just a human. That he’s still learning, still growing, still struggling in this messed up world, and still trying to cope with his family, responsibilities and life. Yet, instead of being a pillar of support, I was just a bag of burden that he had to carry on his shoulders, alongside with his other heavy baggage. I hope to be better, to be his strength than weakness, to be someone’s best. To be able to lend a helping hand, a shoulder to cry on and to form even a small part of motivation in whatever the next is doing.

Sometimes, only after something becomes a memory is when you’ll realise certain things. It’s as if being in that moment blinded you from your own mistakes, as well as the other party’s. I realised I was always living in an illusion. The things I thought were acts of love, weren’t. The person that I used to love, was not the person I thought he was. It was like a revelation. So be careful who you trust, who you love. Tend to your heart, don’t give it away foolishly. Love yourself, before you love others.

Thank you for reading, this might not apply to you but perhaps only a delusional hopeless romantic like me might make such silly mistakes. But I’m glad I’ve learned from them. I’m still trying to be a better person generally and I hope that this inspires you to reflect upon yourselves and to learn from your mistakes. Life is a learning journey and all the sticks and stones thrown at you only make you stronger and better. Take negative things lightly and live life instead of just existing.

READ MORE:  What Is The Duties Of The Father To His Family?