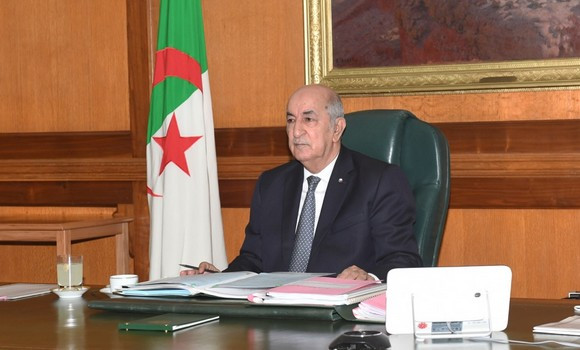 “The President of the Republic, Supreme Chief of the Armed Forces and Minister of Defence, Abdelmadjid Tebboune, returned today,” the state broadcaster said, but did not broadcast images of his arrival.

Tebboune, 75, had been hospitalised in Germany last year after contracting Covid-19, and stayed there for two months before returning to Algeria.

He returned to Germany on January 10, and underwent a “successful” operation on his foot 10 days later, according to the presidency.

Algeria has recorded over 110,000 cases including over 2,900 deaths from Covid-19 since the pandemic began.

On the eve of his return, Tebboune had called German President Frank-Walter Steinmeier to thank him for the medical care he had received.

Among the key issues that await him include the development of the new electoral law ahead of anticipated local and legislative elections slated to be held by the end of the year.

A government reshuffle is also expected.

Tebboune’s return comes amid tension in the North African nation ahead of the second anniversary of the launch of the Hirak protests on February 22.

Hirak protesters continued after Bouteflika’s fall, demanding a full overhaul of the ruling system in place since the Algeria’s 1962 independence from France.

However, social distancing rules to stem the coronavirus pandemic meant that protesters had to halt their street rallies early last year.