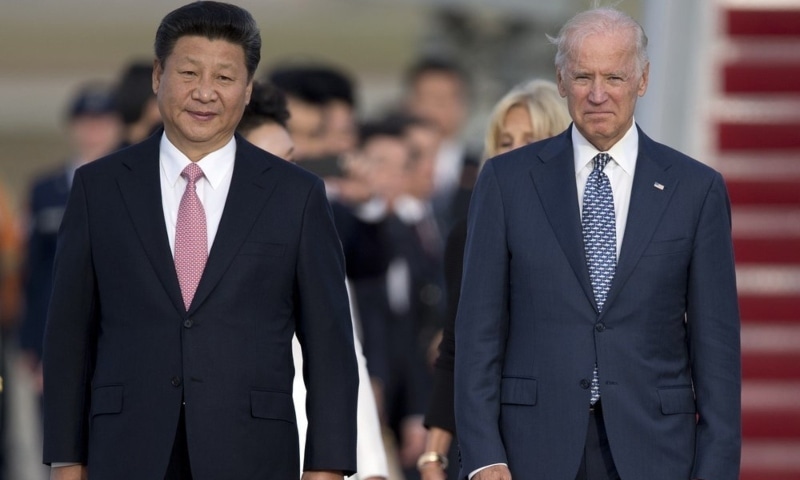 US President Joe Biden speaks about the Covid-19 response before signing executive orders for economic relief to Covid-hit families and businesses in the State Dining Room of the White House in Washington, DC,. – In his first call to a foreign leader as US president, Joe Biden spoke with Canadian counterpart Justin Trudeau January 22, 2021 on a number of topics and made plans to continue the conversation next month, Ottawa and Washington said in separate statements.

Any attempt to contain China is “mission impossible”, the country’s defence ministry warned the US on Thursday, as the Biden administration works to shore up its Asian alliances against Beijing.

Military tensions between the two superpowers worsened under former US President Donald Trump, who adopted an aggressive stance on regional flashpoints such as Taiwan and the South China Sea.

China at the same time poured billions into revamping its military, in line with President Xi Jinping’s ambitions to transform the People’s Liberation Army into a fully modernised, “world-class” fighting force by 2050.

“The facts show that to contain China is mission impossible, and will only end up in shooting yourself in the foot,” warned defence ministry spokesman Wu Qian on Thursday.

“Sino-US military relations are currently at a new historic starting point” with the arrival of the Biden administration, said Wu, urging the US to adopt a “non-confrontational, mutually respectful, win-win mentality.”

Tensions between the two superpowers have shown no sign of abating under the Biden administration, which deployed groups of warships, including a US aircraft carrier, to the South China Sea over the weekend.

China has increasingly asserted its presence in the disputed region in recent years, aggressively expanding its territory via man-made islands and reefs, much to the chagrin of Southeast Asian neighbours with rival claims.

In response, the Trump administration frequently sent warships near islands controlled by Beijing in “freedom of navigation operations” which China has dismissed as mere posturing.

Washington has sought to firm up ties with Asian nations this week, with US President Joe Biden reaffirming his administration’s “unwavering commitment” to defend Japan, including the disputed Senkaku Islands claimed by China, in a Wednesday call with the country’s Prime Minister Yoshihide Suga.

In response, Chinese foreign ministry spokesman Zhao Lijian on Thursday dismissed the US-Japan security alliance as a “relic of the Cold War”, and said that disputes in the South China Sea should be resolved between “countries directly involved”, and not those outside the region.

READ MORE:  The long road to sorting out US refugee resettlement to the country