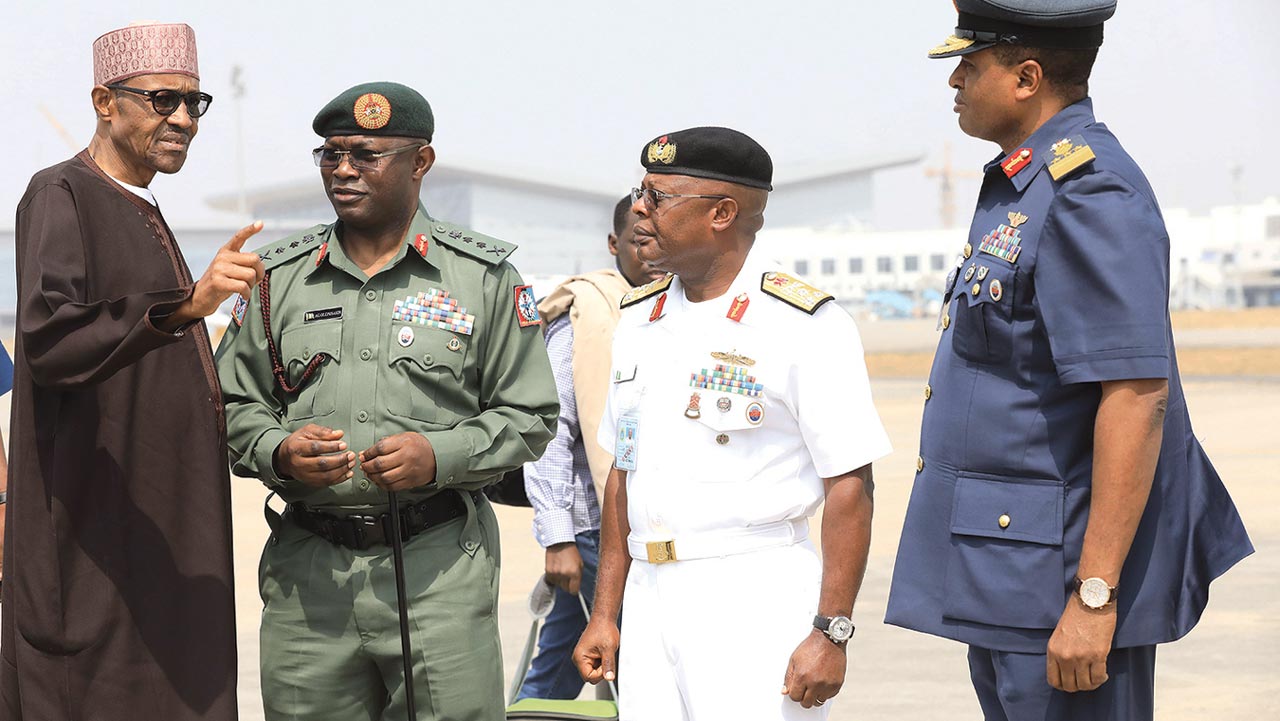 For May 2017, dem appoint am to lead offensive attack against Boko Haram for di North-East part of Niger.

E be Underwater Warfare sabi pesin and get subspecialisation for Intelligence.