Learn How To Be A True Leader or Just A Boss 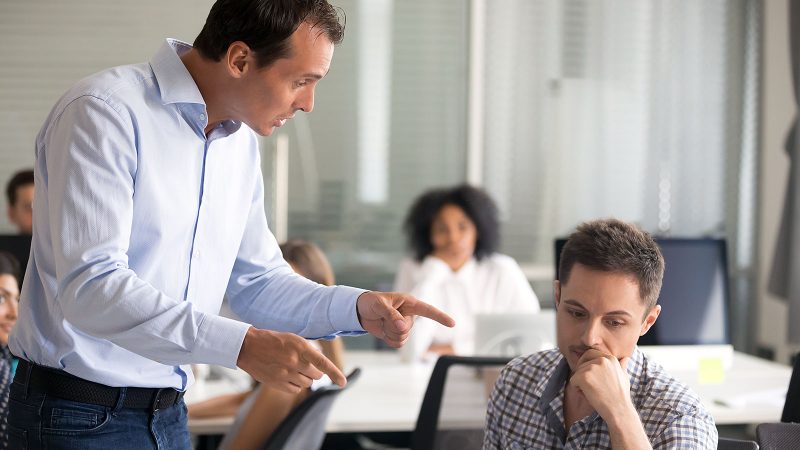 There’s a distinction between being just a boss and being a leader. Which one are you?

Being promoted to a management role may seem like a great accomplishment, but many professionals find the responsibility to be more challenging than they imagined. Merely being someone’s boss doesn’t mean you are a good leader.

Effective leadership is increasingly important in the workplace, as more and more employees are leaving great companies over one resolvable element – bad bosses. According to a recent study by staffing agency Robert Half, nearly half of all professionals surveyed (49%) have quit a job because of a bad boss.

There are many key differences between a boss and a leader, and it is important that you https://www.businessnewsdaily.comto find out.]

What are the differences between a boss and a leader?

Many professionals step into management or supervisory roles and find themselves wondering, “What are the qualities of a boss vs. a leader?” We spoke with leadership experts to discover the five key differences between the two.

As you read the following comparisons, reflect on your own actions to determine which one you are.

“A boss is there to ensure that employees follow the rules of an organization, but a leader will encourage others to think for themselves to achieve the desired ends,” Andrews told Business News Daily. “A boss will need to give orders to instruct others what to do, but a leader can inspire others to find the best way forward, whilst motivating them to maximize their potential.”

Although subordinates only follow bosses because they have to, bosses can grow their influence through encouraging behavior, added Ken Gosnell, CEO of CEO Experience (CXP).

“You can grow your influences by caring for your team, listening to their thoughts and ideas, and sharing the ‘why’ behind the decisions and actions that you take,” said Gosnell. “This is a second step in leadership, but it makes all the difference, and people will follow you because they want to, and not just because they have to.”

You shouldn’t just explain a task and leave it in your employee’s hands. According to Christine Macdonald, director of The Hub Events, a boss ensures you understand your work, while a leader supports and guides you through it.

“The biggest difference between a leader and a boss is that a good leader inspires people and makes them excited about their work,” she said.

Success takes passion; without the desire to complete tasks, workers won’t be as driven to give their best performances. As their leader, you should motivate them by letting them know the importance of their work.

Employees are human, and mistakes are to be expected. Who you are as a boss is evident in how you deal with mishaps. While bosses are more likely to use a reward/punishment system to discourage poor behavior, great leaders understand that employees benefit from encouragement and mentorship. If an employee performs well in a specific line of work, that strength should be recognized and mastered.

“One key element of leadership is the ability to harness the talents of others to achieve a common goal,” said Macdonald.

It’s important to note the strengths and weaknesses of each employee and mentor them independently. Rather than attacking skill gaps, work to patch them by guiding employees through their shortcomings and building their confidence in new areas.

A boss focuses on the objectives of their department and is stringent in following protocol to achieve those goals. They think for the short term, delegate tasks to their subordinates and tend to micromanage.

Christina J. Eisinger, executive coach and consultant at CJE Consulting, said that a boss has key objectives to meet, whereas a leader will set the long-term vision for the team and use it as “a key motivator.”

Andrews added that leaders seek to drive commitment by setting an example for others to follow and inspire others by encouraging development. “They are comfortable delegating authority and avoid micromanaging, preferring to see others develop. Utilizing their excellent communication and negotiation skills, they will influence others for the overall benefit of the organization.”

5. Bosses are above the team; leaders are part of the team.

To be a leader, it’s important that you facilitate positive relationships with your employees. Work with their needs and create a culture that encourages open communication.

“By getting to know your team better, you’ll be able to understand how to explain your vision in a way that will really connect with each person,” said Macdonald. “This means you can personalize the way you motivate people.”

She added that good leaders are genuine and loyal. You set an example for your company. If you lack passion or motivation, odds are your team will too. Don’t be afraid to be human – be real and express your emotions to connect with your workers.

How do you go from boss to leader?

To be a good boss or leader, you can incorporate a few key strategies into your behavior. Experts listed three of these strategies as thoughtfulness, communication and clear expectations for your employees.

Gosnell recommends treating your employees with thoughtfulness. A good leader conducts their decision-making process based on the best interests of the team as well as the company.

Leaders should also incorporate good communication by listening to their teams. Gosnell said a listening leader will hear how to make an organization better through the words of their team.

“Listening leaders grow in influence and impact, while those who neglect to listen to their team will struggle with disengaged employees who won’t listen,” he added. “A leader who wants to be listened to should practicing listening to their people.”

Whether you see yourself as a boss or a leader, Andrews said, the key to your success is your staff seeing you as fair in your approach toward them. Set fair, clear employee expectations and be consistent in your manners so your staff knows what they can expect from you.

“This is essential in the workplace, as one of the greatest causes of employee stress is not knowing what to expect from their manager,” said Andrews. “Frequent changes in focus and conflicting priorities will leave staff feeling anxious. However, effective communication and a clear goal will ensure that teams all pull in the same direction.”

What are a team leader’s responsibilities?

Eisinger created a brief checklist for leaders to refer to when determining their primary responsibilities:

If you do not currently implement all of these responsibilities into your work duties, don’t worry. Just focus on improving, and seek feedback from your team about what you can do better. According to Eisinger, most good leaders start out as bosses.

“In the work I do, it seems to be an inevitable transition point for people as they first step into a supervisory role and develop their leadership capabilities,” she said. “It’s normal to exhibit some of these ‘boss’ characteristics. However, it is critical to recognize one’s unique challenges and work to overcome them so they can become leaders.”

READ MORE:  Opening and Holding the Door for Others – The Top 5 Manners