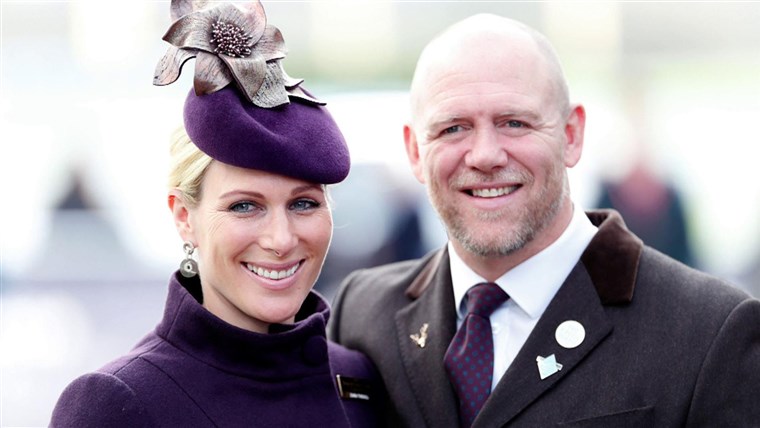 Zara Tindall, one of the granddaughters of Britain’s Queen Elizabeth II, has given birth to a son.

Tindall, 39, who is the daughter of Princess Anne, gave birth on Sunday at the home. Her husband, Mike Tindall, former English rugby team star, announced the birth during an episode of his podcast, “The Good, The Bad and The Rugby,” published Wednesday.

A spokeswoman for the couple said: “Zara and Mike Tindall are happy to announce the birth of their third child, Lucas Philip Tindall.”

The couples, who already have two daughters, 7-year-old Mia and 2-year-old Lena, have named their newborn Lucas Philip Tindall.

Mike Tindall and Zara Tindall with their daughters Mia Tindall and Lena Tindall (in her pram) attend day 3 of the Whatley Manor Horse Trials at Gatcombe Park on September 9, 2018 in Stroud, England.

Tindall said his son “arrived very quickly” and was born on the bathroom floor after the couple were unable to make it to the hospital.

Describing how he rushed to get a mat for his wife, he said: “So yeah, it was running to the gym, get a mat, get into the bathroom, get the mat on the floor, towels down, brace, brace, brace.”

The baby was born at 6 pm on Sunday, he said.

A Buckingham Palace spokesman said, “the Queen and the Duke of Edinburgh are delighted with the news and look forward to meeting their 10th great-grandchild when circumstances allow.”

Zara Tindall is the daughter of Princess Anne, the Queen’s second child, and a first cousin of Princes William and Harry. Zara is a professional horse rider and previously won a silver medal at the London 2012 Olympics in the equestrian category.

The arrival is the monarch’s 10th great-grandchild and is 22nd in line to the throne.