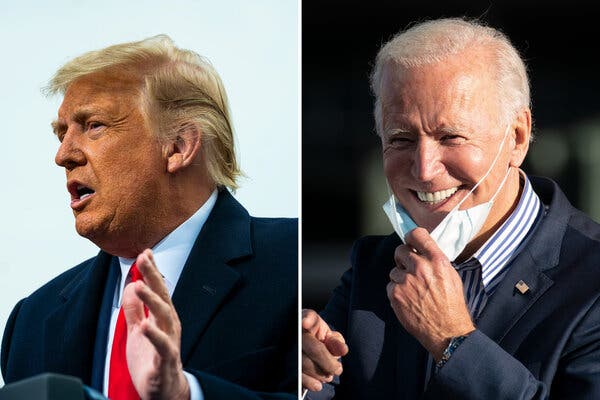 Only a third of Americans say they think the president is “too extreme.”

Only about one-third of the public thinks President Joe Biden has been “too extreme” so far in office, a HuffPost/YouGov poll finds.

Both on the campaign trail and since taking office, Biden has praised the ideal of bipartisanship. But as he’s pushed for an aggressive stimulus bill ― with or without GOP support ― and other policy initiatives, some Republicans have renewed their efforts to paint his administration as a tool of the radical left.

“My concern is what we’ve seen so far from President Biden is he’s totally in thrall to the radical left-wing of his party,” Sen. Josh Hawley (R-Mo.) said last week. In an interview with Fox News Sunday, South Carolina Sen. Lindsay Graham announced a goal of stopping “the most radical agenda I’ve seen coming out of the Democratic presidency of Joe Biden.”

Similar arguments about Biden’s ideology had limited effect during the 2020 election, when then-President Donald Trump’s campaign struggled to find a cohesive message against his challenger. And as yet, the Biden-as-radical assertions don’t appear to be gaining much additional traction against his presidency.

Just 34% of Americans view Biden as overly extreme, according to the survey, which was taken in late February. Another 43% say he is not, with the rest unsure. For comparison, in the first year of Trump’s presidency, Americans said 52% to 31%, that he was extreme.

Opinions on Biden largely split along political lines. But although most Republicans say they consider him too far from the mainstream, they’re a little less likely to say that about him than they are to label Democratic Party as a whole with that label.

In the poll, the public says, 42% to 34%, that the GOP is too extreme, and is roughly split, 40% to 38%, on whether the Democratic Party is. There’s another close divide on which party is further from the mainstream, with 36% naming the Democrats, 33% the Republicans, and the rest unsure or saying the two parties occupy similar ideological ground.

Subscribe to the Politics email.
From Washington to the campaign trail, get the latest politics news.

Opinions of the parties have remained broadly stable for years. The share of the public calling the Democratic Party “too extreme” has stayed mostly within a few points of the low 40s since 2014, according to HuffPost/YouGov polling. The Republican Party has seen relatively more variation ― about half viewed them as too extreme in 2015 ― but the GOP’s numbers have since stabilized into a similar range as for the Democrats.

Just shy of one-tenth of the public view both parties as too extreme for their tastes, barely outnumbering the share that says neither is out of the mainstream. And only a minority of partisans are uncomfortable with the respective directions of their parties: 12% of Democrats and Democratic-leaning independents see the party as going too far, with 15% of Republicans and Republican-leaning independents saying the same of the GOP.

Democrats, however, are much happier than Republicans with the current state of their party ― perhaps unsurprisingly, given their recent recapture of the White House and Senate. Among Democrats and Democratic-leaning independents, 71% say they’re either satisfied with or enthusiastic about their party’s current elected officials, with 76% saying they’re satisfied or better with the future they see for the party and two-thirds that they consider Democrats more united than divided.

By contrast, just 40% of Republicans and Republican-leaning independents say they’re at least satisfied with their party’s officeholders, with a similar 41% expressing positive sentiments about their party’s future. Only 26% see the GOP as more united than divided.

The HuffPost/YouGov poll consisted of 1,000 completed interviews conducted Feb. 17-20 among U.S. adults, using a sample selected from YouGov’s opt-in online panel to match the demographics and other characteristics of the adult U.S. population.

HuffPost has teamed up with YouGov to conduct daily opinion polls. You can learn more about this project and take part in YouGov’s nationally representative opinion polling. More details on the polls’ methodology are available here.