How The Cult Of Early Success Is Bad For Young People 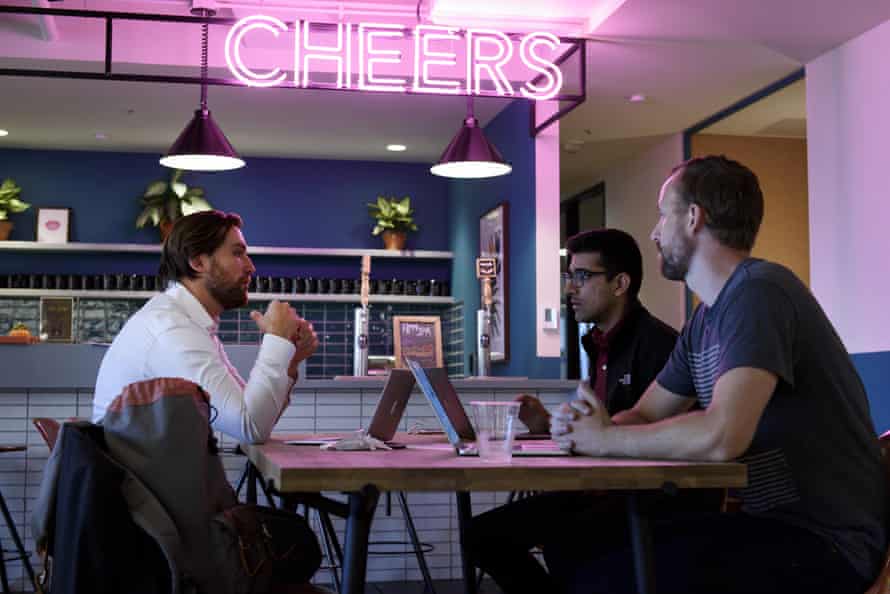 Taylor Swift is on the cover of TIME magazine this week as the new queen of the music industry. She’s been in the business for more than 11 years, but at 24, she’d still have trouble renting a car.

It should be inspiring for young people to see someone so young achieve such phenomenal success. “Other women who are killing it should motivate you, thrill you, challenge you and inspire you rather than threaten you and make you feel like you’re immediately being compared to them,” she told my colleague Jack Dickey. “The only thing I compare myself to is me, two years ago, or me one year ago.”

But despite her best efforts to set a positive example, Swift also represents a generation of super-youth to which normal young people are inevitably compared. “You see someone so young, your age or even younger, being so wildly successful, and you can think ‘they just have it, they have something I don’t have,’” says Dr. Carol Dweck, a professor of Psychology at Stanford University and author of Mindset: The New Psychology of Success. “You think, ‘I’m so young and already I’m doomed.’”

Forget Forbes’s 30-under-30 list: when it comes to “freshness,” 30 is the new 40. At her age, Taylor Swift isn’t even considered precociously successful– she’s just regular successful. In fact, it’s been a banner year for wunderkind, and not just in entertainment (which has always been fixated on the young and beautiful.) 18-year old Saira Blair just became the youngest American lawmaker when she was elected to the West Virginia Legislature. 18-year old fashion blogger Tavi Gevinson took up a second career—as a Broadway star—as her magazine Rookie rakes in 3.5 million hits a month. 17-year old Malala Yousafzai became the youngest person ever to win the Nobel Prize.

As most millennials are moving sluggishly through their twenties, the hyper-visible hotshots are getting younger and younger, whittling away at the maximum age limit at which someone can get their “big break.”

For every young cultural force like Lena Dunham or genius app-creator like Evan Spiegel, there are thousands of other twenty-somethings sitting in their parents’ basements wondering why they haven’t invented an app or started a fashion line. According to a Pew survey, young people today have more debt and less income than their parents and grandparents did at their age, which means we’re the least financially stable generation in recent memory. We’re are making life decisions later than ever, delaying marriage and babies longer than previous generations did (partly because of the cash flow problems), and taking much longer to settle into a career. Yet, thanks to platforms like Youtube and Kickstarter that remove the traditional gatekeepers, there’s a pervasive expectation that young people should be achieving more, faster, younger.

“There’s a lot of attention paid to people who have success very young, like Taylor Swift and Mark Zuckerberg, but the average young person is not coming into their career until later these days,” says Dr. Jean Twenge, author of Generation Me. “Across the board, what you can see is much higher expectations among millennials compared to Boomers and Gen Xers, but a reality which is if anything more difficult than it was for those previous generations when they were young.”

Middle-aged sourpusses have long complained about America’s cultural fixation on youth and to be fair, the Beatles weren’t much older than Taylor Swift. Bill Maher even devoted a whole segment of last Friday’s “Real Time” to ageism, calling it “the last acceptable prejudice in America.” But today, the world is dominated by tech, and tech is dominated by young people. “I want to stress the importance of being young and technical,” Facebook founder Mark Zuckerberg said in a speech to a Y Combinator startup at Stanford in 2007. “Younger people are just smarter.”

But even for those of us who happen to be young, a youth-obsessed culture is a pretty raw deal. Because the perception that young people are “smarter” implies they should be getting successful more quickly, and often, they’re not. “In the internet age, the idea that fame is just out of reach has become more common,” says Dr. Twenge, noting that technological advances like YouTube helped launch careers of stars like Justin Bieber. “I think there’s an impression that it’s easier to become famous now, or easier to be discovered… There’s a perception that it’s easier, but that may not be entirely true.”

That expectation that it’s easy to get rich and famous may also contribute to some of the negative stereotypes about millennials, especially the reputation for laziness or entitlement. In other words, next to Lorde, the rest of us look like schlubs.

“I don’t think they’re comparing themselves to those wunderkind necessarily, but maybe their elders are, who are so critical of them,” says Dr. Jeffrey Arnett, who coined the phrase “emerging adult” and says he’s found little evidence to support the claim that millennials are lazy. “I wonder if that’s partly related to the fact that you have these amazingly successful young people, and people are saying ‘well, if Mark Zuckerberg can do this, why can’t you?’”

Of course, none of these comparisons are Taylor Swift’s fault, and she does everything in her power to nix that competitive instinct, especially among other women. But the fact that young superstars seem to have been born fully formed implies that growth and learning aren’t part of the recipe for success. “It not only tells them they don’t have time to grow, it saps them of the motivation to grow,” Dr. Dweck says.

When politicians proclaim that “young people are the future,” they mean we’ll inherit mountains of debt and a destroyed environment. But when young people think about our own futures, we should look at the way middle-aged and older people are treated—because like it or not, that’s going to be us one day. If young people were really so smart, we wouldn’t forget that.