Over the past few months, popular Cameroonian entertainment figures like Pancho C.Y International and Stanley Enow have complained about the popularity of Nigerian music in their country.

On January 19, 2021, a Cameroonian YouTube channel, Dcoded TV Show conversed with artist-producer, Phillbill Beat and Prince Mykel Enobi, founder of Empire Company to discuss a pertinent issue sweeping through their country.Those issues are;

This comes after Pancho C.Y International, a Cameroonian comedian and actor, accused Nigerians of refusing to open our market and media space to embrace music from other African nations. In a nationalist action with subtle xenophobic hints, he called for a ban on Nigerian music. He felt Nigerian artists were taking food off Cameroonian tables.

Why does Nigerian music enjoy wide African endorsement and love?

During the year-end round-up at City FM, Lagos in December 2020, a conversation ensued about the influence of Nigeria on African music and why ‘Afrobeats’ is almost always synonymous with Nigeria and Nigerian artists, especially from a foreign gaze.

Veteran Culture Journalist, and Senior Editor at Opera News, Ayomide Tayo weighed in on the matter and said, “It’s not our fault. Nigeria is the most populous black nation on earth. We are also very fashionable, aware of pop culture trends, our artists are more popular because we have the numbers.

“It’s easier for our music to get through social media channels and streaming platforms. Other African countries perceive Nigeria as other Nigerians perceive Lagos and it’s not our fault.

“I know that us Nigerians can be a little obnoxious sometimes, but it comes with the perception… we know how other people see us. Everybody wants credit and recognition from America because America is America and you can’t apologize for being a cultural force.

“Asides from South Africa, Ghana and maybe parts of francophone Africa, music from other parts of Africa usually struggle to break through Nigeria, whereas ours break through theirs with ease. I think a lot of it also has to do with the Nigerian jolly, lively, ebullient spirit that has a lot of vim.

“It’s even evident on social media because our cultural conversations/bants get on global trends than that of other African countries. It’s not our fault that what we endorse flies.

“We can’t stop making music and we can’t apologize for who we are. What we can do is be more accommodating and we are. Currently Amapiano is sweeping through Nigeria.. it’s South African and nobody had to really market that to us. Previously, Soukous and Gqom tore through Nigeria and so did Azonto and Ghanaian Pon Pon.

“In the past, Cabo Snoop, Fally Ipupa and Big Tril had their respective runs in Nigeria and this was recently. As a matter of fact, other African countries have inspired our sound and influenced our pop culture scapes at different times over the past 15 years. I can’t simply tell other African artists to simply improve the quality of their music because their music is also fire, but maybe the marketing could be better across board.

“Maybe they could also make music that could easily cross borders. But usually, nobody can predict what’s going to cross borders. I can tell them to simply market properly and be patient. There was a time Nigeria had to deal with songs from other countries being more popular and marketable than ours as well.”

This is simply because the Nigerian way, Nigerian music and Nigerian artists are more desirable than Cameroonian artists. At one point, Nigeria was like Cameroon in this regard.

In the 90’s, American Hip-Hop and R&B tore through and owned Nigerian urban radio. They were also more popular than Nigerian music in Nigeria.

This was further reinforced by a 2020 conversation with Abisagboola Oluseun John also known as Bankulli. He tells this writer that, “That era very much happened and it wasn’t even limited to the music alone. Merch and clothes had faces of Jay Z, DMX, 2Pac, B.I.G and so forth.

“This was because America led the world at the time and contemporary Nigerian music was in formation. A lot of our music at that time was also R&B and Hip-Hop of the American brand. This couldn’t have exactly happened in the 70’s because there was no MTV and other avenues to directly consume American media.

“Instead, we loved and stuck with our traditional brands like Highlife, Afrobeat, Juju, Ogene, Fuji and so forth. But by the end of the civil war, all of that began to change. We had more Rock, Electronic and Disco influences in Nigerian music.

“I’m not saying that foreign music wasn’t popular here in the 70’s or 80’s because James Brown, Elvis Presley and Michael Jackson were popular to varying degrees in Nigeria, but it’s nothing compared to what happened in the late 80’s and the 90’s with Hip-Hop and R&B.”

Like Tayo, Bankulli was right. A lot of the popularity of American R&B and Hip-Hop in Nigeria and on Nigerian radio was also down to Nigeria’s lack of a recognizable African pop sound. By the late 90’s to the early 2000s, boy band culture was also popular in Nigeria.

Around the same time, Awilo Longomba tore through Nigeria with his albums Coupe Bibamba and Kafou Kafou. So did other acts like Brenda Fassie, Koffi Olomide, Sakis, VIP and more.

Also around the same time, former President Olusegun Obasanjo oversaw the introduction of widely accessible cell phone culture into Nigeria. It came with Caller Tune culture, internet modems and an improvement of personal experience with the internet.

This aided easier dissemination of Nigerian music to consumers. Simultaneously, we also started finding our own pop sound after acts like Mad Melon and Mountain Black, Zule Zoo, Konga, Timaya, 9ice, Wande Coal and Wizkid released monumental projects that impacted the soundscape like no other.

“In the studio where I used to record, [Alaba Agents] would come there and feel like some type of expert A&R or Simon Cowell [laughs],” Ehi jokes. “Whatever you’re singing, e nor concern them. The only thing they say is, ‘This song nor go sell o… Do you know who I am? I have marketed…’ Those guys were arrogant, man [laughs].”

“At that time, it was cool not to like anything Nigerian because the validation that comes with consuming foreign content was more profitable,” she says. “The piracy was wrong, but they bridged the gap between Nigerian artists and the audience. They encouraged and promoted our sound because they kept asking for the Nigerian/homegrown sound. Their mischief played our well for us.”

Even when Nigeria found its pop sound Ghanian sounds inspired songs like ‘Two Women’ by Tony Tetuila and ‘My Love’ by 2Face.

South African Kwaito inspired D’Banj’s classic, ‘Fall In Love,’ Cabo Snoop, Toofan and Fally Ipupa had their respective runs, which loosely inspired music from P Square and J Martins in the late 2000s. This also made it easy for P Square to become Pan-African brands.

In the mid-2010s, Azonto tore through Nigeria and so did South African Afro-House sounds. It made Mafikizolo a star as Nigeria recycled their sound. In 2018, King Monada’s ‘Malwedhe’ had a run in Nigeria.

It’s also a compelling to argue that in most African countries, native artists are as popular as or more popular than Nigerian artists.

Currently, Amapiano is the trending genre of music in Nigeria. Master KG’s songs, ‘Jerusalema’ and ‘Skeleton Move’ were part of the biggest songs in 2019 and 2020 Nigeria respectively.

How can Cameroonian artists combat what’s facing them.

First, they need to understand what confronts them.

Arguably, Nigerian artists are more marketable due to their large fan bases, large population of their home country and the western sentiment, which endorses Nigeria.

The combined effect of the last paragraph means that streaming platforms and major labels might put Nigerian music on African playlists and push more Nigerian artists.

Around 35% of the songs on the current Africa Rising playlist on Apple Music belongs to Nigerian artists for a reason.

It’s not like other African artists aren’t getting any coverage either, the churn rate of Nigerian music is just crazier due to population. At this time, Nigeria also has a lot of goodwill within and outside the African continent.

Recently, PWC reported that Nigeria will soon become the world’s fastest growing entertainment and media market. A lot of that is due to the rising rate of internet penetration in Nigeria against the immense population.

In 2016, Jason Njoku wrote that Nigeria is a highly mobilized country where the average multimedia phone user consumes at least 35 megabytes of data everyday. Of the 130 million phones sold by Transsion in 2018, the highest percentage was sold in Nigeria.

Second, they might need to market their music better and work on their branding/marketability. Nigerian artists do a lot of pan-African marketing with muscle, vim and tactic despite the that they naturally get. In 2019, Salatiel did a media tour in Nigeria and Pulse Nigeria interviewed him.

Magasco has also been on three Listen Africa playlist editions.

Third, they would need to be patient. Nigeria will not suddenly be displaced – it has an excessive amount of aces for that.

With that being said, xenophobia should never be the African solution to doing better in one’s own country.

How can Nigerians help?

As Nigerians, we can get a little too caught up in ourselves.

Cameroonians need to get their music to that level. Stations lie MTVBase, SoundCity, HipTV, Afro and more show African music, but younger millennials and Gen Z continue to stray away from TV and onto internet phenomena.

Statistica reports in 2020 that over 50% of Nigeria was 19 and below. Other African countries need to make their music more desirable and with greater internet-based marketing, so that we can all reap the fruits of pan-African music successes. 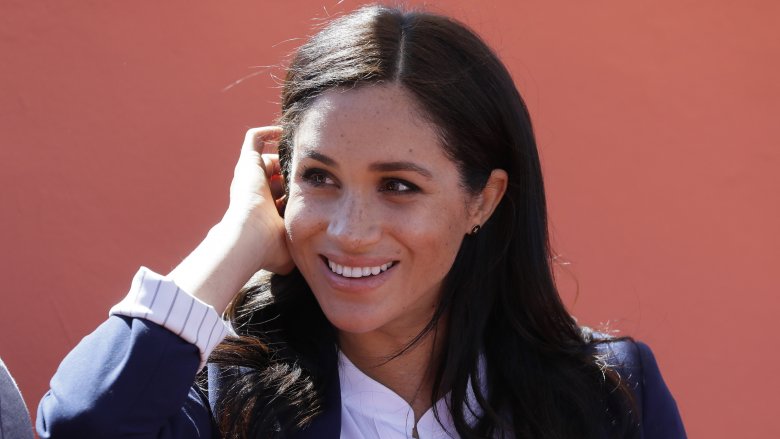