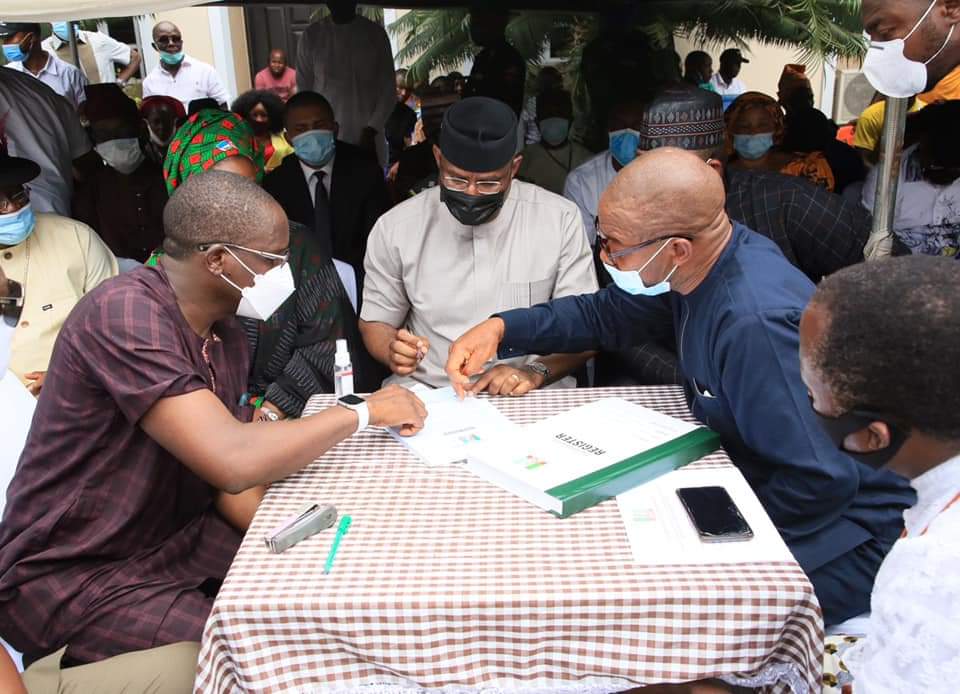 Omo-Agege made the remarks while fielding questions from newsmen at end of APC South-South Zone ‘Town Hall Meeting’ on Constitution Review on Saturday in Asaba, Delta.

He expressed the belief that the party would take over the governance of the region after the 2023 general election.

“The South-South region is growing to become a formidable base of our great party.

“By the end of the 2023 general elections, it is our aspiration to have in our column, control of all the six states in the region.

“This is possible and we intend to make it happen,’’ Omo-Agege said.

He noted that APC was determined and has what it takes to make it happen.

The Senate deputy president pointed out that the party had won the governorship elections in some states in the region but was robbed due to one reason or the other.

“We won in Bayelsa and Bayelsa was clearly ours but we were deprived, using the instrument of the court in the last minute.

“We won in Edo but for obvious reasons, we were also deprived.

“So, when people say the South-South has a PDP DNA, it is not true because as we speak right now, people are decamping from PDP into APC in droves.

“As we proceed with the registration, initially we started with a 12 million membership target, we have gone ahead to 36 million members across the country.

“So, if only our members alone vote for us, we will win elections here and the PDP here in Delta State knows that we are ready for them.

“It’s not going to be easy but we are ready and we are just going to put our house in order.’’

READ MORE:  Police detained more than 4,400 protests across Russia and blocked off the centre.