How To Approach Women With Full Confidence Not Anxiety 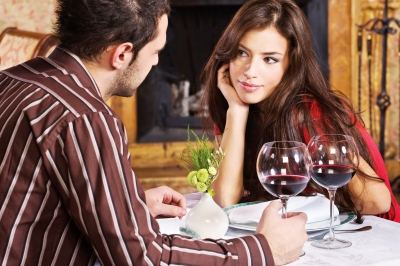 It’s a fact of human nature; just about everyone wants to be able to make a connection in a social setting. The problem is that many guys just don’t seem to know how to get it done. I know that approaching a woman in public can be a nerve-wracking experience.

We have all been there — the cold sweat, the blank mind, difficulty making light conversation, and ultimately, the fear of rejection. However, there are plenty of ways to combat this anxiety.

The best part about the ones we’ll review here are that they don’t require you to be someone you aren’t, and they’ll stand you in good stead in every social situation. You can apply some of these ideas to every interaction, not simply with women, but with other human beings.

1. Breathe Deep. Dive In. Be Yourself.

A big part of the social anxiety that attaches to interacting with the opposite sex is born of inexperience. Many guys are socially marginalized during their early teens—whether by choice or the pressurized environment of high school — and they never get out of that mindset. Some men seem to be natural magnets for feminine attention, but what we fail to see is that such confidence is the result of practice. Even the popular guys experience rejection at some point, and they get over it. They get back in the game.

Social fluency is the result of consistent practice. How can you be good at something you never do? So, challenge yourself to make 100 connections a week. Not simply with women, but with human beings. Practice approaching, making conversation, and engaging. Being successful with women isn’t about dominance or appearing to be in total control of the Universe. It’s about being real, listening, and genuinely responding to whatever is said. You’d be surprised at how an ingenuous approach can prove successful.

Women have seen every pick-up act in the book. Let me tell you, guys, jerks, fakes or misogynists don’t impress them. Someone who is real, someone who is deeply confident enough to express their nervousness openly and coherently, impresses them. When you approach a woman, put the intent to score firmly out of your mind. Rather, focus on making a connection with her. See who she is. You might be surprised to notice that she’s nervous too.

We often sabotage ourselves in social situations when we move in expecting to be rejected. That’s because we aren’t behaving in a relaxed way, and that puts a lot of people on edge. When you allow yourself to be keyed up by thoughts of failure, you are communicating your unsuitability.

Take a moment when you’re by yourself, and think about who you are. What are the things you value in yourself? What skills and gifts do you have that make you awesome? What experiences have you had—travel, work, hobbies, friendships—that make you unique? If you need to write it down, do so. Once you’ve done this, realize that all of these things have value, are a part of what make you a worthwhile human being, and someone people should talk to. Next, think about how this applies to every human being you will ever meet.

Once you’ve completed this exercise, social interaction becomes not about a goal of getting something from someone else, but an exchange of experiences and valuable personal understandings. You know the basic mechanics of conversation; now all you really need to do is practice, so you can see what works for you and what really falls flat. There will be rejections. If you think about it without making it personal, you’ll see that a 100 percent success rate wouldn’t feel natural and, after a while, wouldn’t feel very good.

Women are human beings. They have good days and bad days, just like you. One of the best ways to retrain your social ideology is to stop putting them up on some pedestal. When you do that, you both give them unnatural power and make them objects for conquest. If a woman wants power, she’ll take it for herself. No lady truly enjoys being cast as a bronze statue for the pillaging. Would you?

Think about unsuccessful social experiences as learning tools. This can take a lot of sting out of a botched conversation attempt. It also allows you to see that not all rejection is about you. Sometimes, it’s about her, and that’s okay. You don’t always feel like talking to everyone, do you?

Take it gracefully and persevere. Be polite and withdraw, so you can focus on another interaction. If your paths cross again and you feel like trying a second time, do so. Never underestimate the allure of courteous, positive attention, and never assume she won’t remember you. You have made an impression.

READ MORE:  6 Warning Signs You Might Be Dating a Sociopath