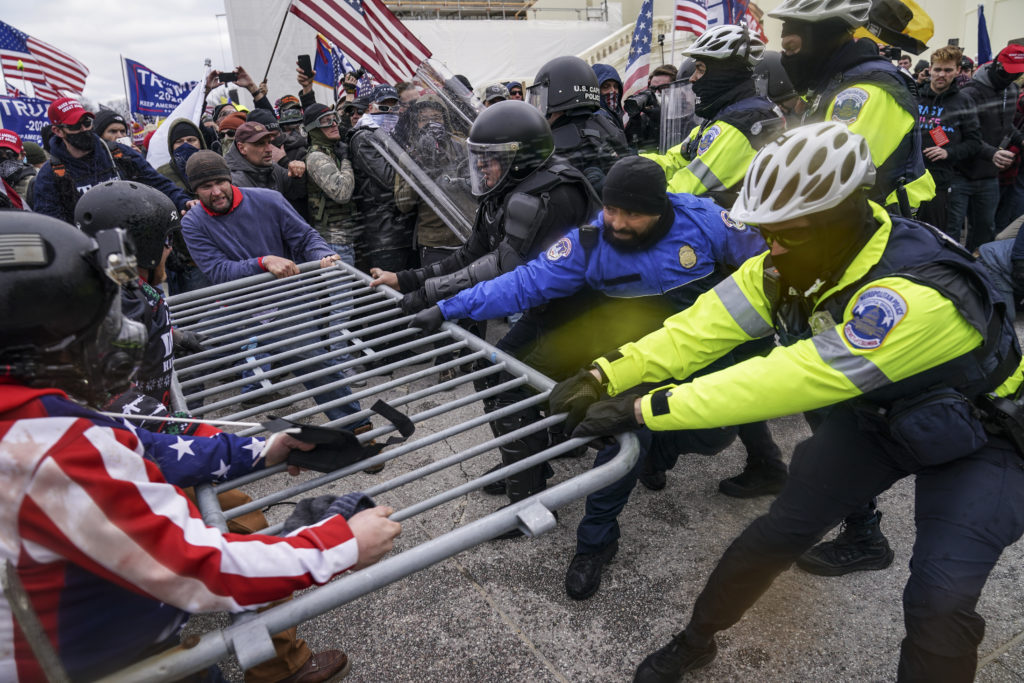 A mob carrying bats, knives, chemical spray and handcuffs stormed the U.S. Capitol building Wednesday, interrupting the peaceful transition of power for the first time since the precedent was set when President John Adams yielded to President-elect Thomas Jefferson in 1801.

Waving Trump and Confederate flags, adorned with Nazi regalia, they breached congressional offices, replaced the American flag with Trump’s and trampled upon the Senate floor, leaving a trail of destruction.

A coup. An insurrection. A riot. A terrorist attack. The media grappled all day with what words to use, but there was never a dispute that this was a desecration of America’s temple of democracy. As members of Congress hid from the violence some shared through social media the gravest of descriptions for what was unfolding as gunshots rang through the Capitol and authorities discovered pipe bombs and molotov cocktails on the grounds.

“This is not a protest,” tweeted Rep. Dan Kildee, Democrat of Michigan. “This is an attack on America.”

Scholars and journalists describing the scene saw an escalation along a continuum that had begun years before when Donald Trump began his assault on that very democracy.

The progression has been well documented, for those who wanted to see it, and the unraveling has followed what GroundTruth termed “The Authoritarian’s Playbook” in our Democracy Undone series in 2019.

As we wrote then, “In many countries around the world, democracies are under attack from within by leaders who were elected by the very same systems they seek to undermine. A wave of populist leaders have tapped into the economic and social discontent of their countries, fanning the flames of nationalism to win elections and advance their agenda.”

But this time, Trump lost.

And facing the potential disruption of an attack from within — spanning from his demagogic claim at the Republican National Convention that “he alone” could fix the country’s trouble to his dismantling of critical government capabilities, to the now infamous “both sides” comment in the wake of the Charlottesville attack, to the sustained barrage against the sanctity of America’s elections — he unleashed a furious campaign that wrought yesterday’s jawdropping violence in Washington.

Trump did not do it alone. The alliance of a faction of Republican elites, white evangelical Christians and a broader Trumpist movement born and raised on disinformation reached a crescendo as they found cause in a push to “Stop the Steal” — to overturn the state-certified results of the presidential election after one of the most highly scrutinized processes in U.S. history.

This effort, fueled by Trump itself, turned the formality of a vice president overseeing a count of the country’s electoral votes into a spectacle and then a tragedy.

President-elect Biden addressed the nation, saying, “This is not dissent, it’s chaos. It borders on sedition. And it must end now.”

And soon, as local and federal reinforcements arrived, the rioters were pushed out of the Capitol and the siege ended.

The world watched as Congress returned to its defiled chambers with masks pulled tight. Some of the Republican leaders of the effort to challenge certification of the results backed down, sobered by the violation of their hallowed halls.

Some like Senators Ted Cruz and Josh Hawley, persisted in spreading the fantasy, jockeying to receive the mantle of Trumpism as Trump himself leaves office.

But the Congress persisted, with outgoing Vice President Mike Pence and Senate Majority Leader Mitch McConnell finally drawing a line between themselves and the Trumpist movement as rattled representatives confirmed the victory by a large margin.

And now? Nearly 100 Democrats have backed plans for Trump’s impeachment or removal through the 25th Amendment, which states that the vice president may take over the presidency if he and the Cabinet find the president “unable to discharge the powers and duties of his office.”

A reckoning on how an utter security failure around the perimeter of the Capitol building allowed the Trump mob to get inside, especially after the extreme use of force deployed against Black Lives Matter protests in the capital just months before.

A trickle of Trump staffers have resigned, jumping ship from the anti-democratic project just before its official end. A new administration and a new Democratic majority in the Congress will take power on January 20 against the backdrop of a highly motivated white nationalist movement in America that was largely allowed to walk away from yesterday’s scene after committing countless federal crimes.

As they walked out of the Capitol building yesterday afternoon, a door held open by an officer in black SWAT gear, they celebrated. They strutted and beamed for the TV cameras, throwing hate signs and vowing to return. Graffiti scrawled onto the doorframe read: “ Murder the Media.” 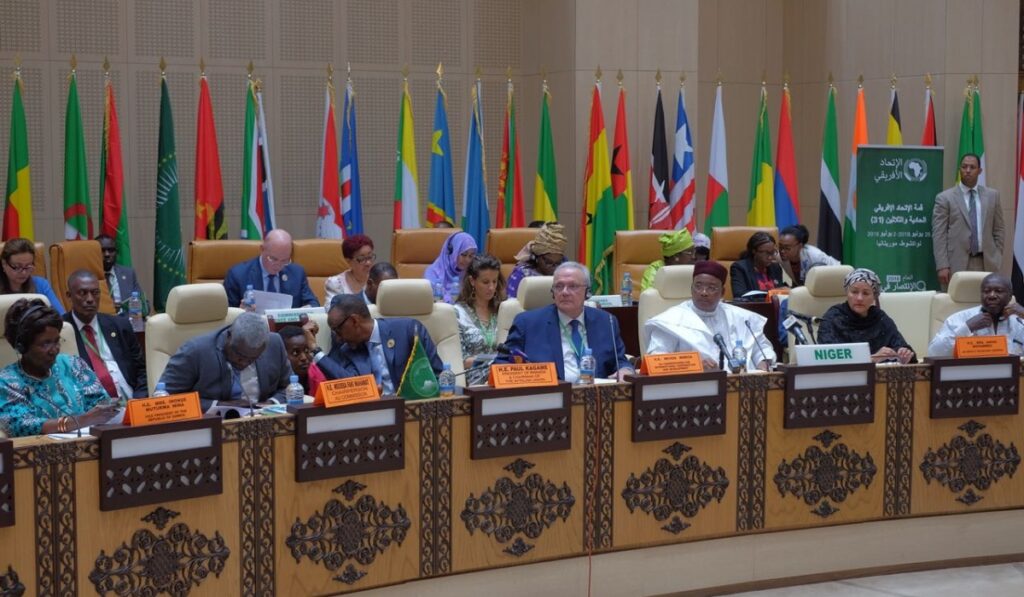 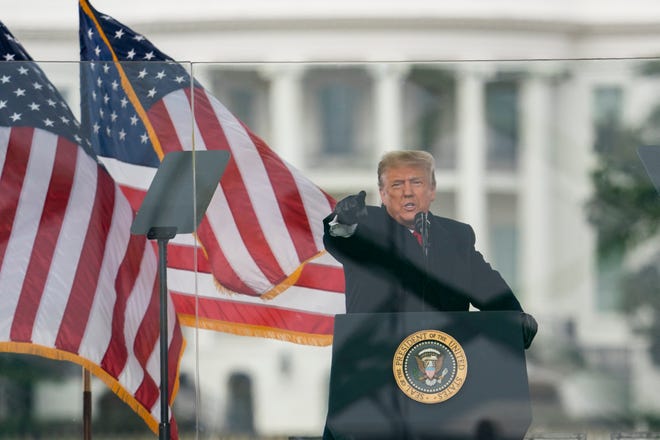